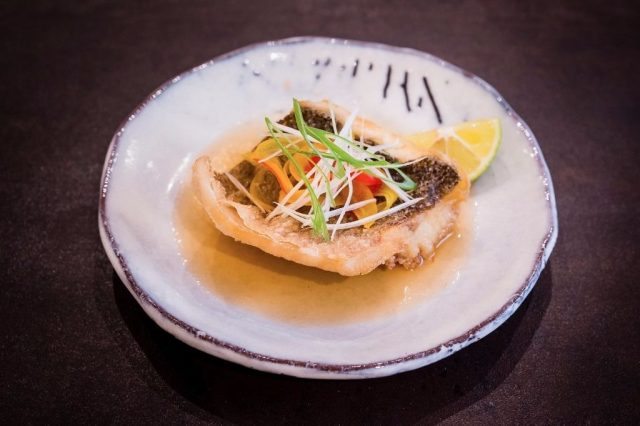 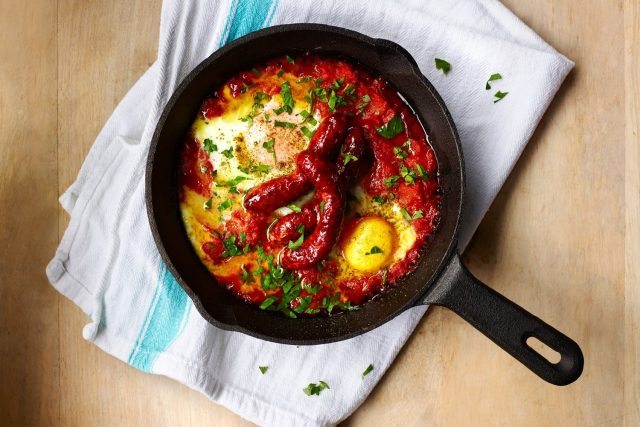 Making the most of the Levantine food boom in London are husband and wife team Barry and Patricia Hilton, who, after successful pop-ups in Fitzrovia, Tower Bridge and Cannon Street, have gone permanent with their Ceru venture in South Kensington. Inspired by their travels through Istanbul, Israel and Lebanon, the pair offer a modern take on Levantine cuisine in a similar way to The Palomar. 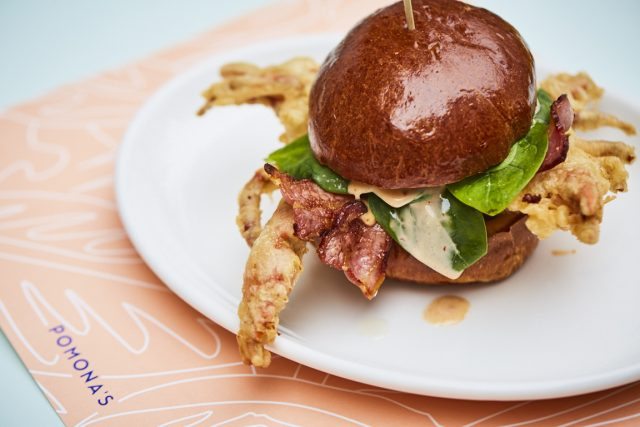 The brightly coloured Pomona’s in Notting Hill brings a slice of Calfornia sunshine to W2. From its bright white walls and blonde wood tables to its peach and teal seating, the light and airy space whispers insouciant chic. 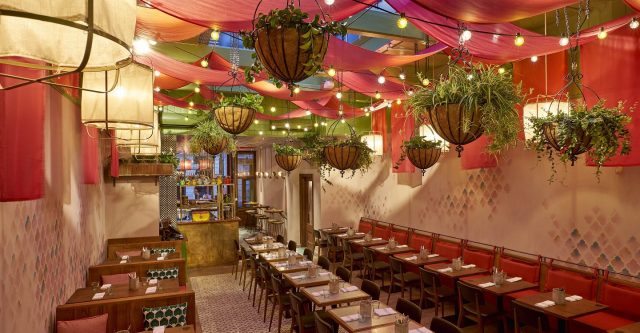 Open all day from breakfast to dinner, you can start the day there with fluffy flatbreads and papdi chaat (rammed with tangy tamarind, yoghurt and chickpea vermicelli) or go all out in the evening with curry leaf and black pepper fried shrimp; double cooked pork belly with curry yoghurt; and tandoori lamb with mint chilli korma and masala cashew nut with a three-course dinner menu setting you back just £20.

In charge of drinks is cocktail guru Ryan Chetiyawardana, who has devised the cocktails specifically to pair with Singh’s dishes. Among those currently on pour are a gin fizz laced with almond, lemon, egg white and a saffron tincture; and an Old Fashioned made with coconut-washed Indian Scotch, coconut sugar and burnt cinnamon. 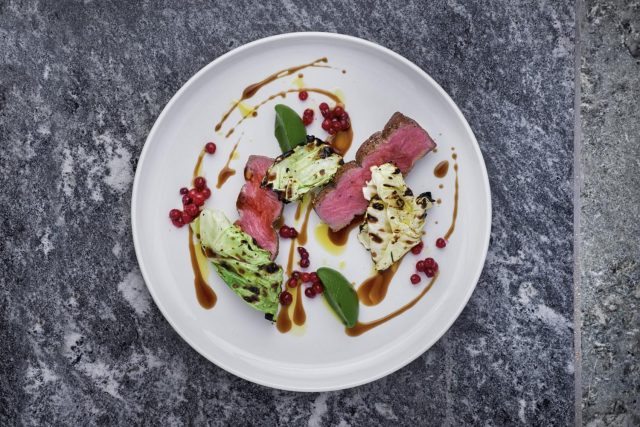 Among the new openings causing the biggest buzz in London at the moment is Scandi site Aquavit in St James’s Market. Having triumphed with its two Michelin-star contemporary take on Nordic cuisine in New York in the late ‘80s, its sister site in the UK capital is a more casual affair overseen by executive chef Emma Bengtsson.

Manning the stoves is head chef Henrik Ritzen of La Petite Maison and Lutyens fame, who is serving the likes of butter-poached cod with fennel aioli and salt-baked celeriac root; seared duck breast with pickled quince; venison tartare with blueberries, lingonberries and juniper; langoustines, smoked eel and dill broth; and a whole trout to share with sorrel and pickled beetroots.

We love the sound of the Viking Breakfast cocktail – a twist on a Bloody Mary featuring Aquavit, soy, balsamic vinegar, dill and horseradish. We also want to try the Scandi Mule, which blends OP Anderson, lemongrass & grapefruit syrup, ginger beer and a fennel & caraway tincture. 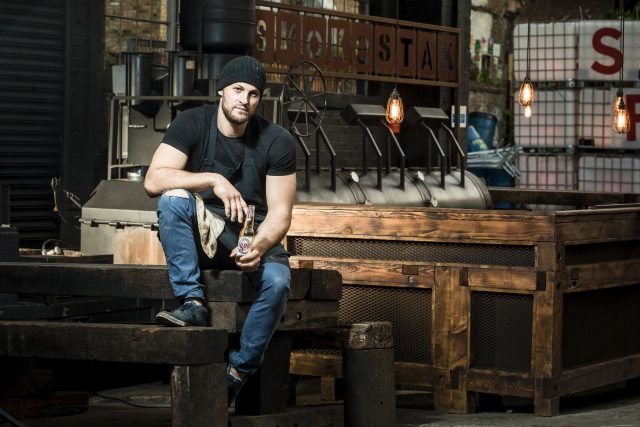 Serving up some of the finest, smokiest, finger-licking, sauce-dripping meat in town, David Carter’s barbecue pop-up Smokestak has found a permanent home in Shoreditch. The former front of house at Gordon Ramsay at Claridge’s spends 12-hours a day prepping meat in the UK’s largest custom-built smoker. His site is spread over two floors with the action centred around an open kitchen at street level. 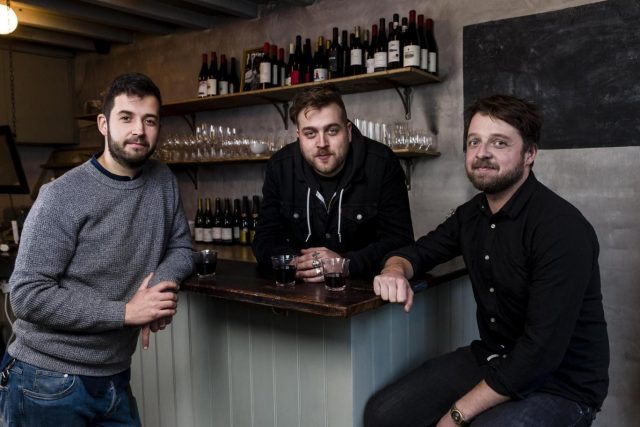 James Ramsden and Sam Herlihy, the dynamic duo behind Michelin-starred Hackney restaurant Pidgin have opened a wine bar in the London borough that doubles as a barbershop. With just a dozen bar stools, those wanting a seat at Enfant Terrible will have to arrive early.

Among the drops currently on its ever-evolving wine list are a Lambrusco from Modena, and English sparkling wine from Kent, a Sicilian Grillo and a Treixadura-Palomino blend from Galicia. The red selection has a Spanish leaning, with the bar currently pouring a Monastrell from Jumilla, a Tempranillo from Sierra de Gredos, a Souson from Ribeiro and a red blend from Mallorca.

The bar also serves a selection of seasonal cocktails, including a barrel-aged Negroni, an Applejack Manhattan, a Tarte Tatin Sour made with Calvados, apple, lemon and thyme bitters; and the I’m Jim Morrison, I’m Dead, featuring rye, oloroso, maraschino and toasted pecan bitters. 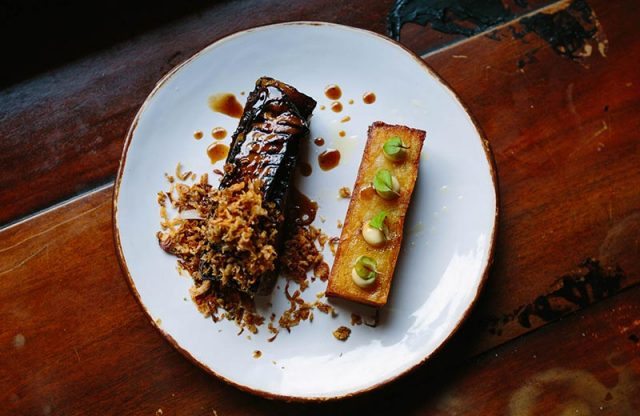 Following sell-out pop-ups in Camberwell and Hackney, James Cochran of The Ledbury has branched out with an eponymous solo venture in Liverpool Street. Simply titled James Cochran EC3, the restaurant focuses on seasonal produce, meaning fish from Cornwall, meat from Essex and veg from Kent. 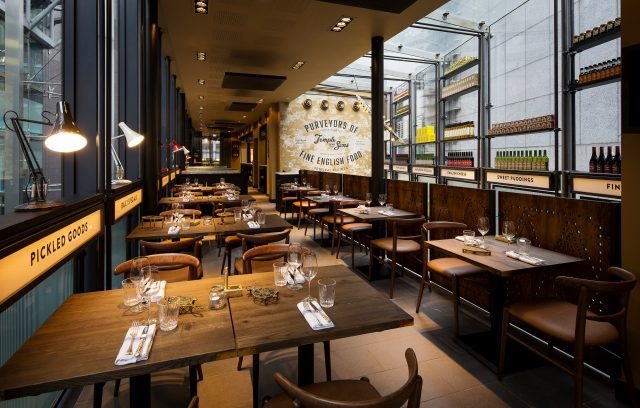 Having launched his first izakaya concept, Sosharu, in Clerkenwell last year, Jason Atherton is back with a new opening that winds the clock back to the 19th century. A stone’s throw from his Michelin-starred restaurant City Social in Tower 42, Temple & Sons is a split-level site featuring a grill on the first floor and a bar at ground level designed to look like a Victorian grocery.

With a bell on the door, when you enter the bar it feels like you’ve stepped back in time. From its tiled floor and old fashioned till to its shelves stacked with sardine tins, packets of flour, old Cadbury’s tins and bottles of Oxford Sauce, great lengths have been taken to give guests the sense that they’ve been transported to another era.

The custom built grills in the main restaurant will burn with charcoal, hay and different types of wood. Dishes are comforting and nostalgic, and include the likes of wood-fired pork chop, collar and crackling with sage & pine nut crumb; and whole grilled Newlyn line-caught turbot with pickled Cornish cockle and pork vinaigrette. 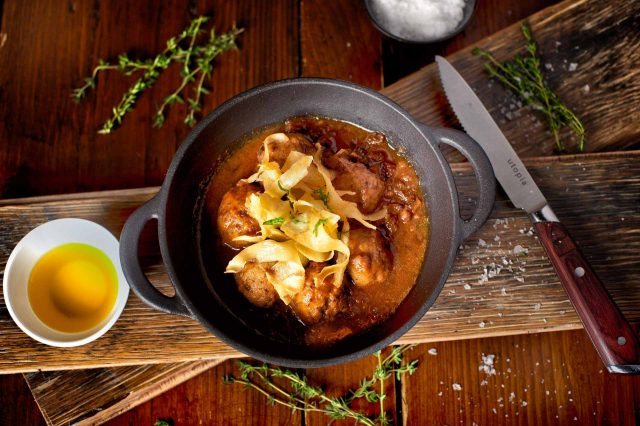 Having won over meat fiends in Borough, Lobos Tapas is back with a sister site in Soho. Next to Ronnie Scott’s on Frith Street, the 80-seater, wood heavy restaurant is set across three floors. Named after the Spanish word for ‘wolves’, Lobos champions tapas, charcuterie and prime cuts of pork and beef from the Ginger Pig.

Executive chef Roberto Castro has whipped up some new dishes for this Soho sister, including slow roasted Castillan milk-fed lamb; picañha with bone marrow; octopus with sweet potato and chorizo; and seafood rice with squid and prawns. Among the new bar snacks are pork cheek sliders, duck croquetas and a daily changing tortilla. The wine list has a Spanish accent and includes the likes of Treixadura, Bobal and Mencía. 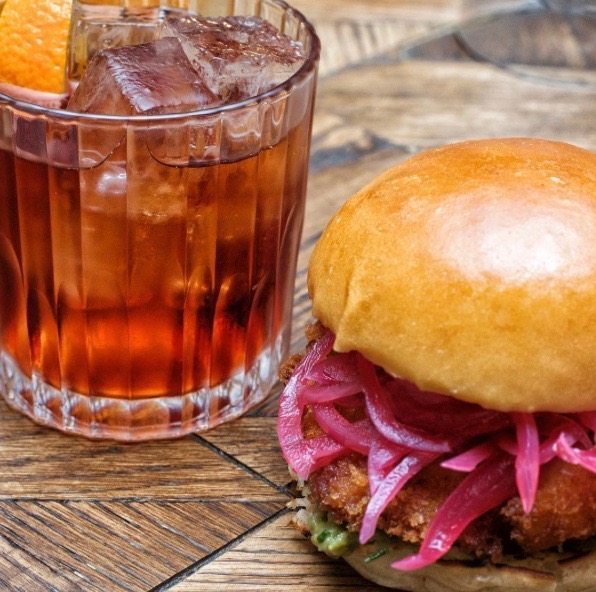 Not to be confused with the children’s game chalked on playgrounds, Hopscotch is a cool new late night drinking den on Brick Lane. Serving cocktails and buns into the small hours, Hopscotch is the brainchild of Jonathan Cowley, who has previously worked his magic at the dangerously addictive Chick ‘n Sours and Bleeker St. Burger.

So expect banging buns rammed with nanny goat and hot sauce; Maryland Crab Cake; and carrot and maple. The site also specialises in ‘bombs’ – bite-sized deep-fried great balls of fire filled with everything from smoked eel with cucumber to pig’s head.

Libations look tempting in the extreme – we particularly love the sound of the Hello Kyoto, made with Japanese whisky and plum wine, and the Mexican Breakfast blending Tequila, peach, apricot, spices, lemon and egg white. 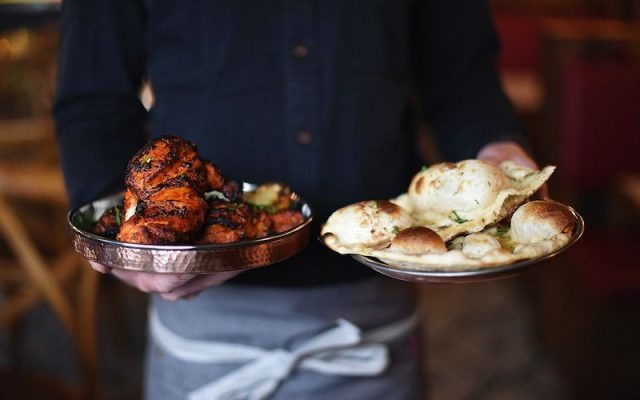 With Indian restaurants enjoying their moment in the sun at London, among the latest to turn our head is the Tandoor Chop House in Covent Garden. From the team behind Eggbreak in Notting Hill, the eccentric venue is part North Indian restaurant part British chophouse, taking the best from both in a truly modern mash-up.

The TCH give the tandoor oven the limelight, from which the likes of tender tandoori masala chicken in a garlic, ginger and spice marinade will spring forth alongside beef boti, Amritsari lamb chops, and tandoor masala Pollock. Among the sides are onion bhaji rings, keema naan, crispy okra and tandoor broccoli, while those with a sweet tooth will enjoy the coal-roasted pineapple and chai brulée. 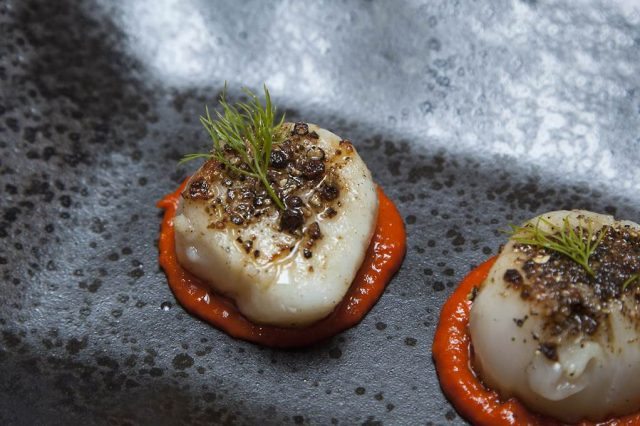 South Woodford has an exciting new Indian restaurant in the Grand Trunk Road, which combining ancient flavours with contemporary cooking techniques. The brainchild of Rajesh Suri, who comes by way of Tamarind, Imli and Zaika, menu highlights include tiger prawns with coconut milk, turmeric and ginger; baby eggplant with red and green peppers in masala; ground lamb with garden peas and freshly roasted spices; and homemade mango kuli.

Named after one of Asia’s oldest and longest roads that has linked South Asia with Central Asia for over two millennia, Suri put his hand to the Grand Trunk Road’s interiors, which include booth seating, amber lighting and warming copper tones.