Meantime Brewery has a launched a service that promises to create you the “world’s most personalised beer” based on your genetic taste preferences. 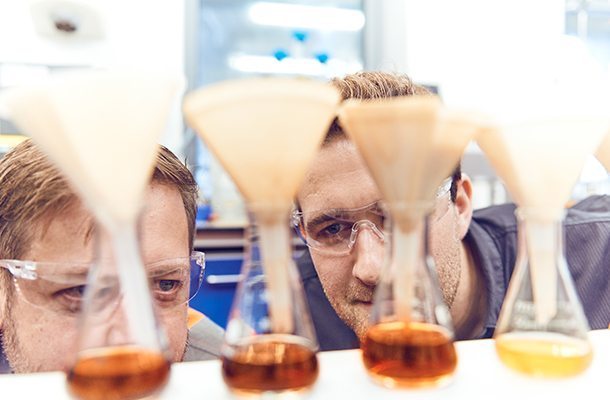 Would-be brewers have been invited to blend their own brew with the London-based craft beer company and a personal genetics firm for £25,000.

Ciaran Giblin, head brewer at Meantime, has become the first brewer in the world to make a beer based on his own DNA flavour profile. His preference for bitter tastes led to the creation of a hoppy Double IPA.

The brewery teamed up with genetics company 23andMe firm to launch their Bespoke service. To start the process, 23andMe take a saliva sample and test for hereditary variations in oral taste receptors produced by the TAS2R38 gene.

These variations explain how tastes are perceived and preferences formed, and this data is given to Meantime to begin mapping each beer’s unique flavour profiles.

Customers have one-to-one consultations with Giblin to decide on a style of brew, and are also offered the chance to get involved in the their beer’s creation by adding hops and grains, as well as testing the taste of the mix throughout the process.

For their money, customers receive 12 hectolitres of their personalised brew – the equivalent of 2,000 pints – as well as enrolment on a beer-making course called “The Knowledge”. Optional extras include sets of glasses moulded to fit the customer’s hand and the design of a label for the beer.

Giblin said that he was “delighted with the result and opportunity it has given us to really push the boundaries of innovative, personalised brewing”.