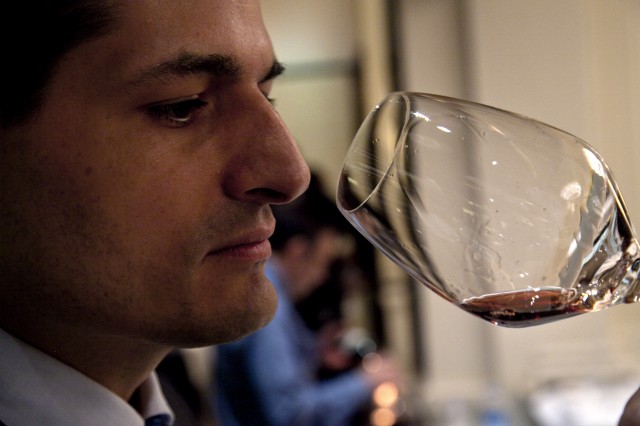 Delectable – sometimes labelled the ‘Instagram of wine’ – allows users to scan wine labels with their phones and access reviews, pictures and tasting notes from other users. Downloaded one million times, it currently has a dedicated core of 120,000 monthly users.

Banquet meanwhile, a sister app of Delectable, allows its users to locate and purchase wines.

A release from Vinous states that other than the engineering teams of both apps now joining Vinous, both will continue to run exactly as they did before.

The details of the sale were not revealed although a source apparently close to proceedings told the New York Post that they were picked up “at a fire sale price”. Founded in 2011 and with considerable financial backing from Silicon Valley tech gurus, such as the PayPal co-founder Max Levchin, the app nonetheless ran into financial difficulties earlier this year. Despite a good base of users and heavy investment in technology, as it has remained free to use it struggled to generate revenue, noted the Post.

Galloni said of the news: “We are excited to expand on the strong foundation that has been built at Delectable and Banquet. Over the coming months, we will work with diligence and passion to deliver even greater value to the Delectable and Banquet communities as we introduce new features and enrich the content portion of both apps.”

What exactly is planned was not made clear but once again the article in the Post – which recently interviewed Galloni on another matter earlier this week – seemed to suggest that the apps will become further platforms for the content currently carried on Vinous – articles, pictures, tasting notes, videos and maps etc.

As the New York paper noted, if one visited the app’s top-featured articles this week one would have found that they were at least eight-months old.

“The content is a little light,” Galloni told the paper in his interview.

The likelihood that content from Vinous will be linked to Delectable and Banquet was further strengthened by another comment Galloni made in the press release.

He said: “From the beginning, our goal at Vinous has been to create a digital ecosystem that brings together best-in-class wine reviews, articles, videos, maps and other wine-related content available nowhere else, and to then deliver that platform with scale.

“Delectable gives Vinous unprecedented reach globally, while Banquet is an essential mobile tool for helping consumers find and purchase wines. As always, we remain focused on our mission to deliver a full range of in-depth content from the world’s top wine writers along with leading-edge technology to the wine consumer.”