Several rare lots of Champagne Bollinger, including a bottle of the 1914, were the main feature of Sotheby’s auction in New York at the weekend. 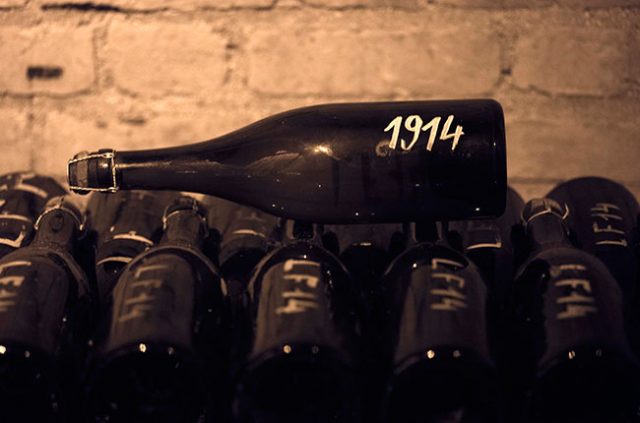 The sale was the house’s last fine wine auction of the year in New York and the combination of rare Bollinger and a wide array of fine Burgundies saw the sale realise $3.8 million, driving Sotheby’s New York sales’ total for the year to $34m – the second highest figure in the house’s history since it began wine sales in the city.

Jerome Philipon, president of Champagne Bollinger, stated: “I am absolutely thrilled with the results from our first-ever US auction – and in fact our first auction in the world. The main takeaway for me is that all of the wines – from the non-vintage to the vintage to the historic vintages – surpassed estimations. This shows the strength of the Bollinger brand across all Champagne cuvée categories.”

Several lots were also sold for the benefit of the new Cité du Vin in Bordeaux.

Jamie Ritchie, worldwide head of Sotheby’s Wine, commented: “It was an honour to offer the first wines ever released for auction direct from the cellars of Champagne Bollinger. We saw strong demand from champagne lovers, who will now enjoy these wines that are in perfect condition. The sale included 202 lots of wines from Domaine de la Romanée-Conti which saw equally strong demand, selling for an average 142% of the low estimate and totaling $1.7 million, with an average bottle price of $2,173. Further highlights included a full original case of Chambertin, Rousseau 1966 which brought close to $60,000.

“We were also delighted to raise funds for the American Friends of the Cité du Vin in Bordeaux, through visits to both Château Mouton Rothschild and Pétrus. This sale closes our year in New York with sales of $34 million, the second highest total in the 23 years that we have been selling wine at auction in the United States. As a result, we are looking forward to the 2017 New York sales season which starts in February.”