From being the butt of jokes 20 years ago, Chardonnay is now having the best brought out of it by winemakers worldwide. In the drinks business Global Chardonnay Masters, there was plenty to enthuse about, writes Lucy Shaw. 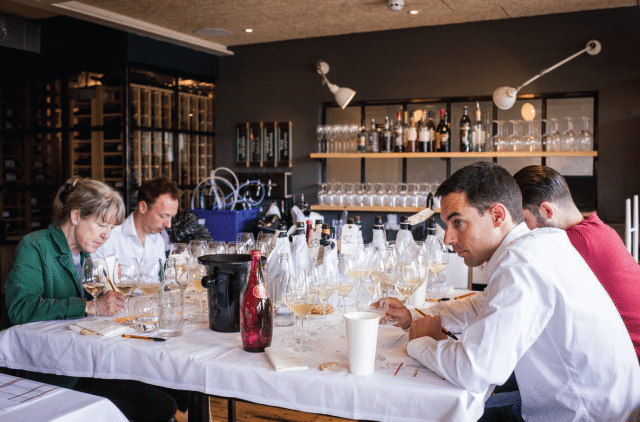 Conjuring visions of a despondent Bridget Jones glugging it from a giant glass, Chardonnay has had a bad rap since the mid-1990s, when the term ‘Anything But Chardonnay’ was coined and people went to great lengths to avoid the grape. Twenty years on, the picture looks different – Chardonnay’s fortunes have been revived and the muchmaligned variety has made a magnificent comeback. While Burgundy remains its spiritual home, today Chardonnay is grown all over the world, from chalky soils in Sussex and Champagne to sandy loam in Australia’s Margaret River via New Zealand, South Africa, California and Chile.

Thanks to its relatively neutral character, Chardonnay is both a transmitter of terroir and a blank canvas for winemakers, who can put their stamp on the wines through malolactic fermentation, time on the lees and barrel ageing. Given its chameleon-like nature, Chardonnay’s flavour spectrum takes in everything from green apple and citrus to peaches and cream, and tropical aromas such as banana and pineapple, with those that have undergone malolactic fermentation often rich in texture.

One of the most widely planted grape varieties in the world, Chardonnay adapts well in many climates and soil types, and can be grown with relative ease, which was reflected in the wide range of countries we received entries from in our fourth annual Global Chardonnay Masters competition. Just under 200 wines were tasted over the course of a day at Trinity restaurant in Clapham by a cherry-picked team of judges made up of Masters of Wine and Master Sommeliers. The wines were tasted blind and scored out of 100, with those gaining over 95 points being awarded the top accolade of Master. 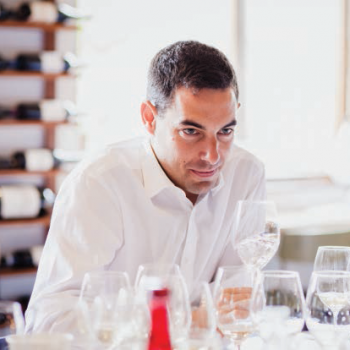 Wines that received more than 90 points were given a Gold medal, those over 85 points earned a Silver and those over 80 points a Bronze.

The tasting turned out to be one of the most enjoyable, illuminating and successful of the Masters series so far, with six Masters and 45 Gold medals awarded. Stealing the show was Marlborough’s Giesen, which walked away with two Masters medals for its 2014 The Brothers Chardonnay and 2012 The Fuder Clayvin Chardonnay, priced at £22 and £42 respectively.

Proving that stellar Chardonnay needn’t make your wallet weep was the modestly priced and consistently excellent Eileen Hardy Chardonnay, the 2014 vintage of which won a Master, with the majority of fruit sourced from Tasmania and the remainder hailing from the Yarra Valley.

While further highlighting that Australia is still a major player when it comes to fine Chardonnay, Bird in Hand gained a Master for its Nest Egg from Adelaide.

At the top end of the price scale, South Africa’s Capensis from the Western Cape scooped a Master in the £50+ category, proving that the country is now capable of producing world-class Chardonnays.

With renowned viticulturist Rosa Kruger consulting on the project, the wine undergoes partial malolactic fermentation, with around half fermented in new French oak and aged on its lees in barrel for a year. “It proved that it merits its high price tag – I would have never have guessed it came from South Africa,” said Jonathan Pedley MW. Also winning big in the £50+ bracket this year was Alpha Omega estate from the Napa Valley, whose wax-sealed Reserve Chardonnay 2013 took our final Master of the day.At the top end of the price scale, South Africa’s Capensis from the Western Cape scooped a Master in the £50+ category, proving that the country is now capable of producing world-class Chardonnays.

Highlighting the fact that standout Chardonnay is being made globally, our Gold medals went to countries including Israel, with Barkan Winery in Upper Galilee picking up a Gold for its 2015 Special Reserve Chardonnay. Elsewhere, Australia put in a strong performance with Golds being won across the country, from the Hunter Valley, Yarra Valley and Adelaide Hills to Margaret River and the Clare Valley, where producer Wakefield/Taylors scooped a hat-trick of Golds. South Africa showed itself to be a country to watch for Chardonnay, with Bouchard Finlayson, De Wetshof, Boschendal and Boekenhoutskloof all taking home Gold medals. California also shone in the tasting with Cakebread, Copain and Stag’s Leap scooping a Gold apiece and Jackson Family Wines winning two for its Santa Maria Valley and Anderson Valley expressions. In Chile, two of the country’s historic estates, Concha y Toro and Errazuriz, won Golds, while closer to home, Montevero in Tuscany and Planeta in Sicily also took home Gold medals, showing that Chardonnay can shine in hotter climes. 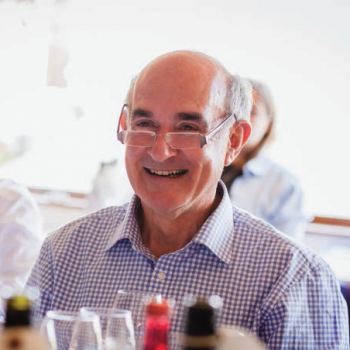 Wines in all price brackets performed well and garnered praise from our judges. “I was surprised by how well-integrated the oak was at entry level. Producers are clearly taking great care to make better balanced wines. £15-£30 is the sweet spot for Chardonnay, where you’ll find the best value for money and wines that offer generosity of fruit, good structure and balance, and nice oak integration,” noted Miles Corish MW. Christine Parkinson of Hakkasan thinks ‘balance’ and ‘harmony’ are the new watchwords for Chardonnay.

“There were some encouraging, beautifully made Chardonnays in the £10- £15 bracket,” she said.

Hugo Rose MW was harder to please, favouring the wines in the £20-£30 bracket where he found “more bursts of quality and stylistic differences”. He was, however, encouraged by the quality of the wines on show in all price bands. “It was a very favourable tasting and the standard was much higher than I was expecting. There’s a trend for precision winemaking and a discrete use of oak across national boundaries, and my scores reflected that. For an old-school winetrade person this was a new paradigm for Chardonnay, with the wines showing purity, delicacy, balance and well judged oak and ripeness levels,” he revealed.

Jonathan Pedley MW was equally enthusiastic about Chardonnay’s upward trajectory. “The general standard was pretty strong across the board and there were very few weak wines as most were well balanced. If we’d have done this tasting a decade ago we would have found a lot of over-oaked, alcoholic wines, but these were well crafted, even at entry level,” he said.All of the judges seemed impressed by the quality leaps that have been made in the New World in recent years. “Nearly all of the wines got a medal and there were hardly any I wouldn’t happily drink. Chardonnay can be such a workhorse because everyone tries to make it, but it’s so much better than it used to be. If used, oak was appealing and in the powerful styles the balance, harmony and quality was still there. The big blockbusters can be just as elegant and exciting as the more subtle, delicate styles, illustrating Chardonnay’s ability to shine in different guises,” said Parkinson.
The topic of reduction divided our judges, with some, including Keith Isaac MW, liking the struck-match aroma the style provides and others believing winemakers had pushed the boundaries too far. “Reduction can be an attribute if employed alongside phenolic ripeness and decent balance, but people that played with reduction at the expense of other elements came unstuck,” said Corish MW. Pedley MW took a similar stance: “There was a battle at the middle to top end about how much reduction is a good thing and some winemakers have gone for the very reduced, leesy style, which had been pushed too far at the expense of fruit character in some wines.

Reduction is a winemaking fad and has become synonymous with quality in some people’s minds but I don’t buy into that,” he said.

As for terroir expression, it seemed lacking in a lot of the wines, but not at the expense of quality. “Sometimes it was difficult to tell the origin of the wines, so winemakers will need to look for regional identity moving forward,” admitted Rose. 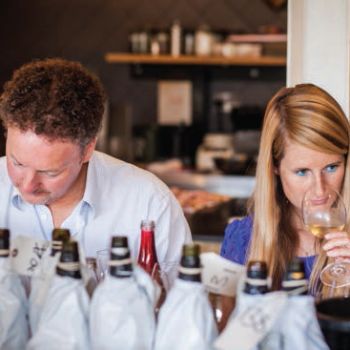 Corish believes the better wines showed a sense of place, but he was hoping to find more layers of complexity in the higher priced wines. “The most disappointing wines in the line-up were a little skeletal and erring on the side of early picking, which made them one-dimensional,” he lamented.

All in all, there was very little to fault in this glittering line-up. “I was very impressed by the modest approach from the New World,” enthused Rose. “They weren’t trying to ape Burgundy – I saw something different from them. Oak use was so careful and precise it was almost invisible – there was a lot of thoughtful winemaking in evidence and very few failures. Chardonnays outside of Burgundy are forging their own path.”

Corish believes the category offers something for everyone. “Chardonnay remains one of the most versatile whites in the world. The tasting showed that the New World has come on in leaps and bounds from the days of heavy-handed oak treatment and over-ripeness. The grape offers consumers incredible value for money compared with other varieties,” he said.

His opinion was echoed by Parkinson: “It wasn’t obvious when the Old World wines came up alongside the New World examples. This is a new era for Chardonnay and the results are in the bottle. I can’t emphasise strongly enough how encouraging this tasting was – there was hardly a dud in there. We’ve turned a corner.” 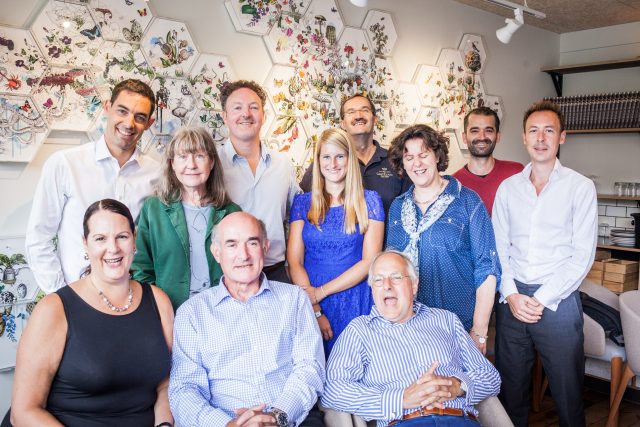