A study of more than 80,000 Chinese adults has suggested that consuming a moderate amount of alcohol each day could help cut a person’s risk of stroke and cardiovascular disease. 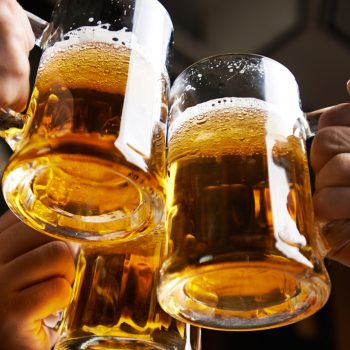 The findings from the study, which was carried out by Pennsylvania State University in the US, were presented at the latest meeting of the American Heart Association.

In one of the largest studies of its kind, the team analysed blood samples and examined the drinking habits of more than 80,000 healthy Chinese adults over a six year period.

The team found that those who reported drinking moderate amounts of alcohol – one pint of beer for women and two for men –  each day recorded the lowest drop in HDL levels, with moderate drinking appearing to slow the natural decline of HDL levels.

The positive impact was seen most strongly among beer drinkers, followed by spirits. There was not enough data to properly determine the effects of moderate wine drinking, because the Chinese more commonly consumer beer and spirits, notably Baijiu.

Those who abstained, or drank heavily, did not reap the same benefits, indicating that controlled alcohol consumption is actually healthier than going tee-total.

“Almost without exception if you look at fatal and non fatal heart disease, people who drink in moderation have substantially lower rates than people who abstain,” said study author Shue Huang. “All the more reason to raise a glass – but probably not more than that.”

Notably, this study included only Chinese participants, with Huang hoping to extend her research to other nationalities and types of alcohol.