Restaurants and bars with an unusual past

From public toilets to gymnasiums and prisons, the former uses of this collection of restaurants are anything but ordinary. 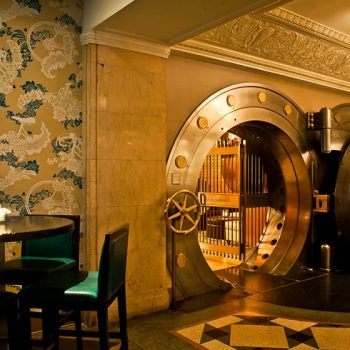 Rather than obscuring their past, these restaurants have embraced it, maintaining their building’s history and traditions and using it to add an extra layer of interest to its culinary offer.

Far from a novelty sidebar, these restaurants have seamlessly weaved their unusual pasts into their narrative, inviting a dash of intrigue to what would otherwise be a collection of conventional restaurants.

Click through for our pick of restaurants with an unusual past… 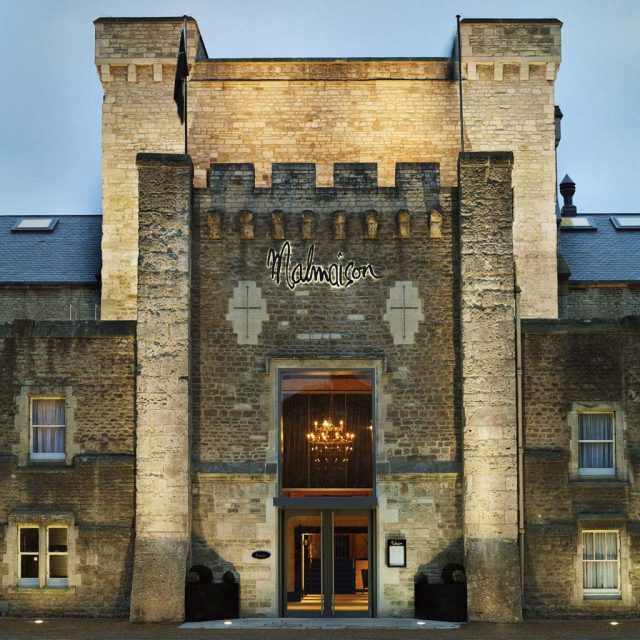 Malmaison may ooze glamour now, but it was once home to hundreds of hardened criminals, who were more likely to have been served a plate of gruel than experience any level of fine dining. This boutique hotel and restaurant is located inside a converted prison, within a medieval castle. Operational as a prison throughout the Victorian period, it was closed in the 90s due to overcrowding and redeveloped into a hotel, with three former cells now making up each one of its 95 rooms. The original iron staircase of the prison remains, giving an eerie nod to its past and the individuals that frequented it. In the summer, you can be seated for dinner in the former exercise yard. 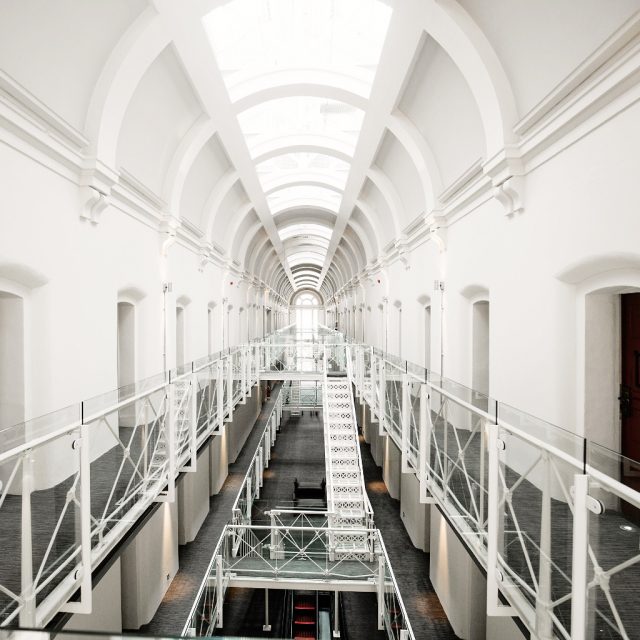 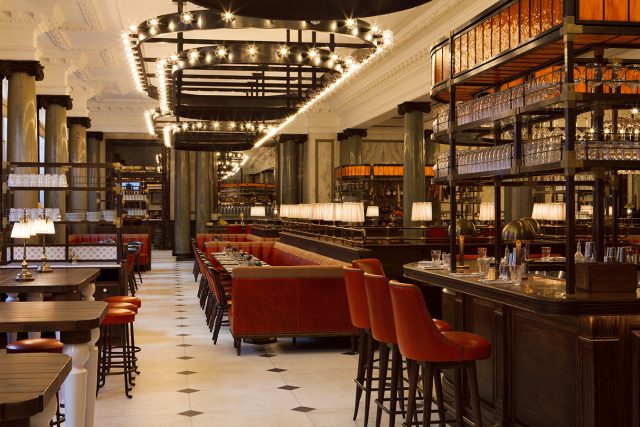 The Holborn Dining Rooms, housed within the Rosewood Hotel complex, was once the former east banking hall of Pearl Assurance. Designed in Edwardian and Belle Epoque styles by H. Percy Monckton, the first phase of the building’s design was completed in 1914, with the finishing stages occurring over the next 50 years.

In 2013 it was reopened as the Rosewood Hotel complex, refurbished and redesigned by Tony Chi and Associates. The grandeur of its former Edwardian past remains, with red leather booths, sweeping gold bars, marble floors and sky high ceilings. The complex is also home to Scarfe’s Bar, with both venues decked out by interior designer Martin Brudunizk.

The Bedford, Chicago, US 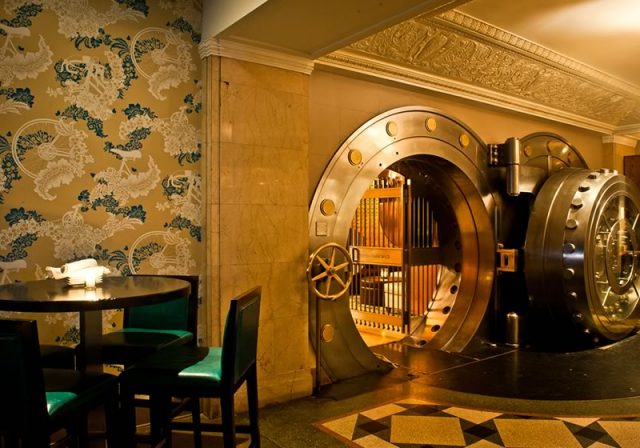 The Bedford, in Chicago’s Wicker Park is located inside the former Home Bank and Trust Company Building with restaurant occupying the basement level of the former bank, once home to its impenetrable vault. The vault door, which is sadly decorative, remains an imposing part of its entrance, a nod to its past, with many 1920’s elements also retained. Its decor includes a VIP room in a former vault lined with more than 6,000 working copper lock boxes, with all materials used reclaimed and restored from the original bank. The building itself, built in 1926, gained landmark status in 2008 as one of the most important historical buildings of the 20th century in Chicago. 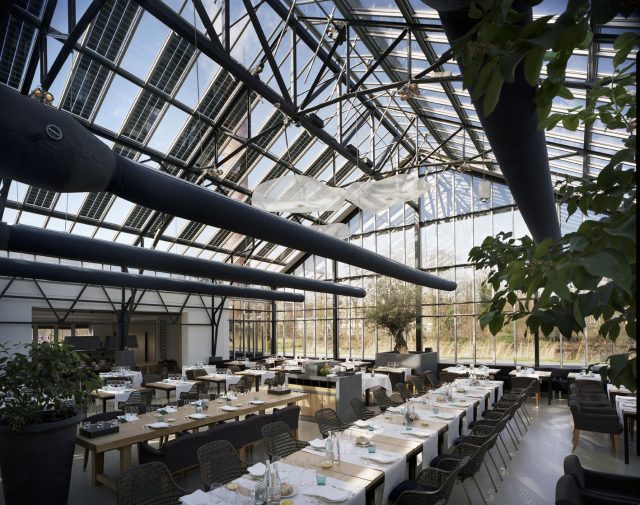 One for the botanists among us, De Kas restaurant in the Netherlands is house within an impressive glass buildings that was once used as a greenhouse. Dating back to 1926, the collection of glass houses belonged to the Amsterdam Municipal Nursery. The buildings were due to be demolished when chef Gert Jan Hageman, who had earned a Michelin star in Dutch haute cuisine, stepped in to give the site a fresh lease of life, opening De Kas in 2001.

Today, the buildings operate as a 140-cover restaurant and nursery, where Hageman grows vegetables, herbs and edible flowers for use in his dishes. Its own produce is supplemented with produce sourced from local farmers, within the vicinity of Amsterdam.

The restaurant creates one fixed menu daily based on its crops, meaning that no two days are ever the same. Its cuisine is “inspired by the cuisines of the rural Mediterranean, with fresh local vegetables playing an important role.” 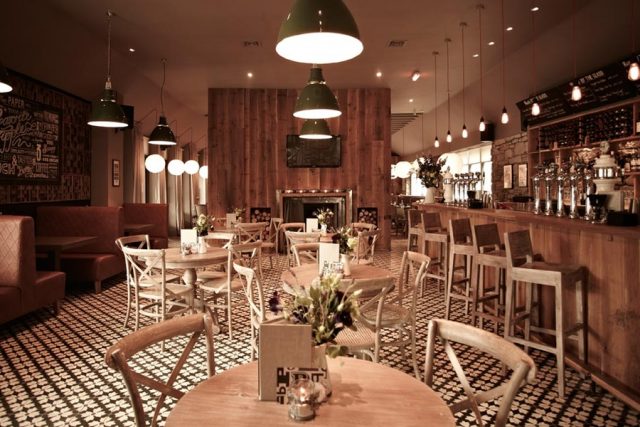 The Paper Mill was, unsurprisingly, once home to a Victorian paper mill. Overlooking the River Esk in Scotland, the region was once home to ten paper mills, making fine papers made from Esparto grass imported from Africa. The last paper mill on the Esk was closed in 2004, ending a long history of paper making in the region.

The paper mill at Westmill Road was derelict when it was bought by David Johnston, co-owners of The Paper Mill, and transformed into a gastro pub.  Much of the exterior and interior stonework is original, with reclaimed materials, vintage print blocks and and screen printed artworks a subtle nod to its past. 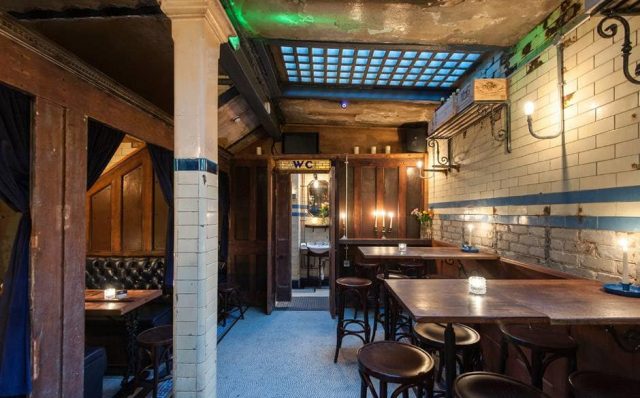 Clapham residents Andy Bell and Jayke Mangion came up with the cunning plan of converting a 100-year-old former public toilet into a swish wine bar. Housed below Clapham Common tube station, it took the pair two years to convert the 40-seater WC Wine & Charcuterie into a drinking den.

A number of the original features such as the mosaic floor and tube tiling have been kept with the old attendance office forming the framework of the bar. Love letters found behind the partition walls during the restoration are on display in the bar’s own toilets, which include two original Royal Doulton urinals. On pour at WC are a dozen red and white wines by the glass, classic cocktails and beer from the Brixton Brewery. 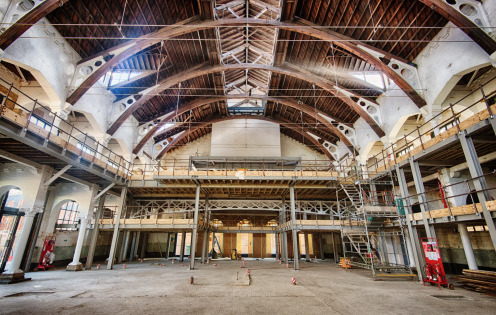 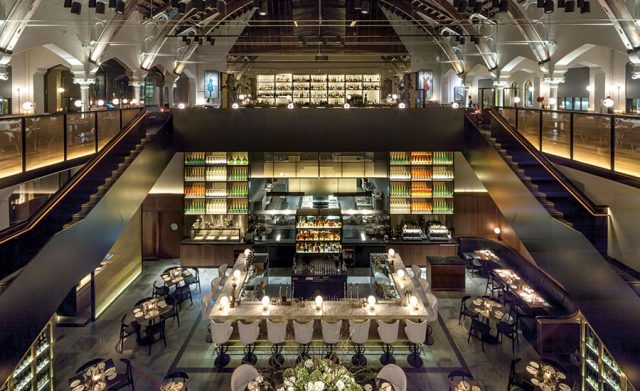 The German Gymnasium opened last year in a former Grade II listed gym in King’s Cross. Conceived by D&D London, the cavernous building once housed the first purpose-built gymnasium in England and was influential in the development of athletics in Britain.

Built in 1864-65 for the German Gymnastics Society, established in London in 1861 by Ernst Ravenstein, the building was designed by Edward Gruning and cost £6,000, funded solely by the German community in London. The National Olympian Association held the indoor events of the first Olympic Games here in 1866, which continued annually at the German Gymnasium until the White City games in 1908. The building ceased to be used as a gymnasium some time pre-war and has since been used as offices, storage and exhibition space.

The building is now frequented by those looking to stock up on schnitzel and bratwurst, rather than work on their athletic prowess. Reopening as the German Gymnasium last year, the former gym’s 57 foot high exercise hall is now home to a spectacular dining hall. Tipping its hat to the grand cafés and brasseries of Central Europe, the German Gymnasium serves Mittel-European brasserie classics like wiener schnitzel and bratwurst, with a light shone on wines from Germany, Austria and Hungary, while the bar serve “vapour cocktail clouds” from carafes. 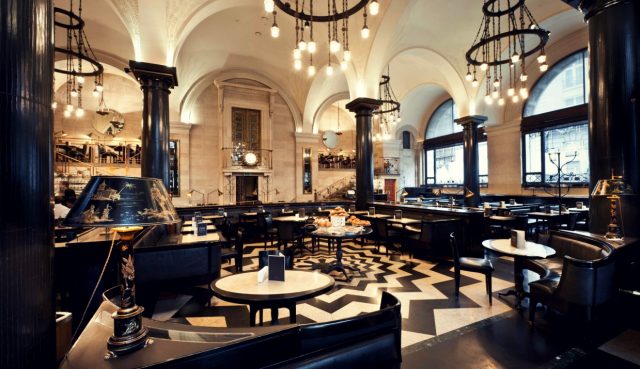 It might be one of London’s most glamourous locations, but The Wolseley in London was once home to a car showroom, albeit a very high end one. Wolseley Motors commissioned the grand building on Piccadilly in 1921, with the grand building designed by architect William Curtis Green, drawing on Venetian and Florentine influences, with touches of the exotic east. Unfortunately, Wolseley Motors declared itself bankrupt just five years after the building was completed. The building became a Barclays bank in 1927. Many of the bank’s period features are still visible today, including the marble floors, bank’s postboxes and a stamp machine, with the bank manager’s offices converted into the hotel’s current bar and salon. In 2003 the building was acquired by Chris Corbin and Jeremy King, with its renovation overseen by David Collins Architects. The Wolseley reopened in 2003.