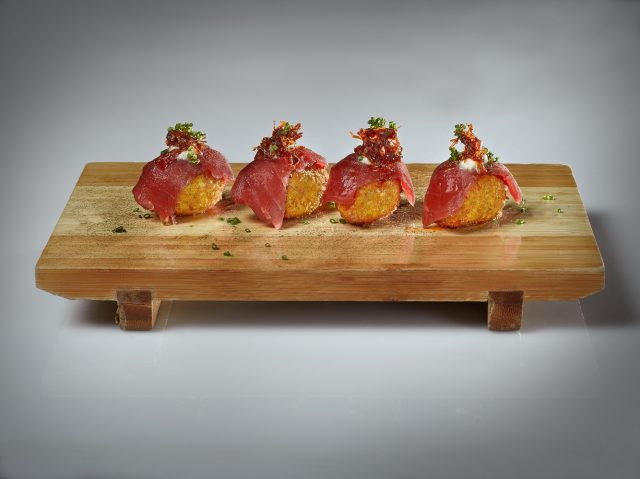 Mohawk-sporting, three Michelin-starred Spanish chef David Muñoz is to open his long-awaited debut London venture, StreetXO, in Mayfair this month. Inspired by the street food Muñoz encounters on travels around his homeland, South East Asia, South America and London, the majority of dishes will have either a Mediterranean or East Asian backbone, and the Spaniard’s playful nature means a number are presented like works of art designed to shock. 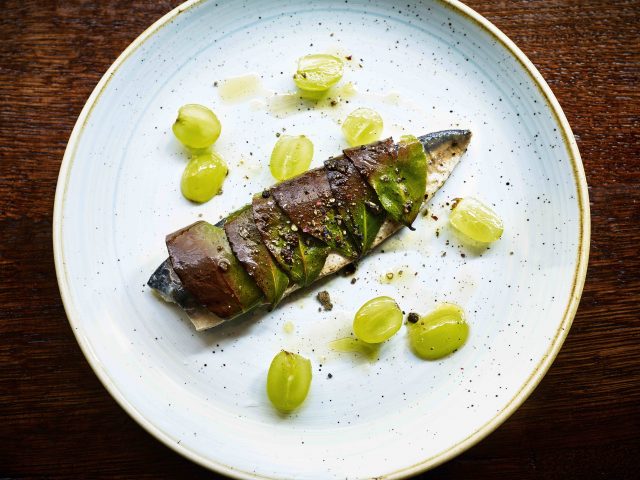 With the trend for ‘Britalian’ restaurants beginning to mushroom, Simon Mullins of Salt Yard and Opera Tavern has opened Veneta in St James’s, a Venetian-inspired restaurant serving Italian dishes made with British ingredients. Among the dishes on offer will be kid goat ragu with pappardelle; charcoal grilled monkfish with anchovy sauce and salsify; and chicken braised in almond milk with Medjool dates and saffron.

A raw bar will serve an evolving selection of British and Venetian seafood. Mullins has curated an extensive list of wines from northern Italy, as well as an exclusive range of Italian vermouths and bitters. Don’t miss the bespoke cheese trolley rammed with Venetian delights. 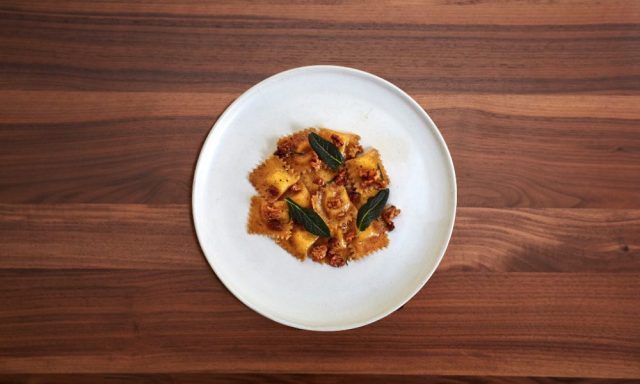 The founders of the Michelin-starred Clove Club in Shoreditch are to open a “Britalian” restaurant in Clerkenwell serving Italian food made with seasonal British produce. Called Luca, the restaurant will serve the likes of spaghettini with Morecambe Bay shrimps and mace butter; grouse ravioli with potato and whisky sauce; and Angus beef rump stuffed with pancetta.

Head chef Robert Chambers comes by way of The Square, The Lebdury and Locanda Locatelli. As expected, the wine list will have a strong Italian focus, while the bar will serve a separate menu of snacks, sharing plates and Italian cocktails laced with vermouth, Aperol, Campari and limoncello. 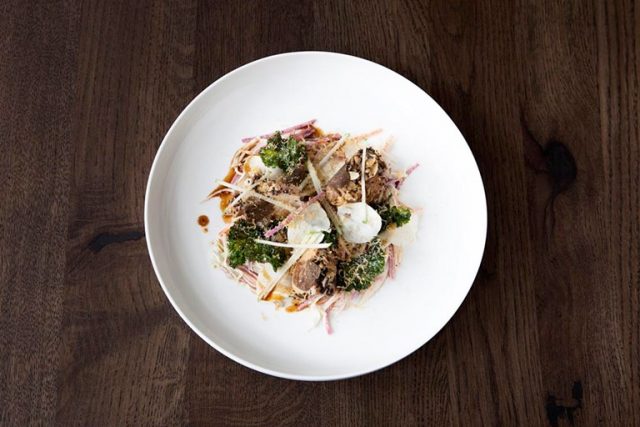 The Square’s Phil Howard has opened a new venture on the former site of Tom Aikens in Chelsea. Focusing on British ingredients, among the dishes on offer at the 67-cover Modern European restaurant, called Elystan Street after the road it’s on, are smoked mackerel velouté with Porthilly oysters, leek hearts and eel toasts; roast calves’ sweetbread with truffled autumn slaw, seeded nut butter; roast grouse with celeriac and pear purée, root vegetables and elderberries; and roasted figs with goat’s milk ice cream, lemon and thyme fritters and olive oil.

Prices reflect the Chelsea postcode – a three-course lunch costs £42.50, while dinner mains start at £22. Curated by head sommelier Yann Prigent, the wine lists stretches to 200 bins, with 19 by the glass from £7 and bottles from £26. 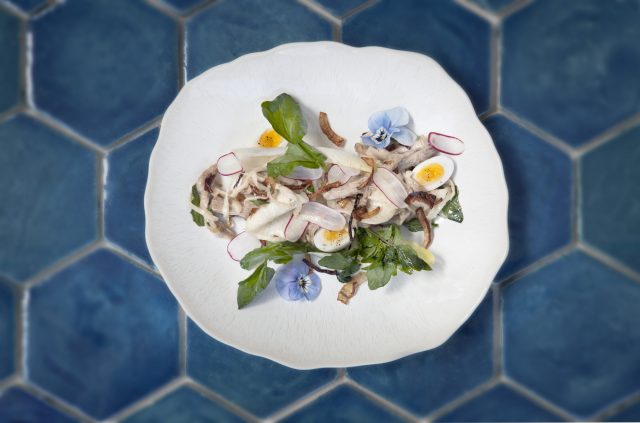 Taking over the former Fino site on Charlotte Street is the exotic sounding Samarkand, which shines a light on Uzbek cusine.

The mezzanine lounge bar serves an extensive selection of vodkas alongside bar snacks like pickled vegetables and aubergine caviar. 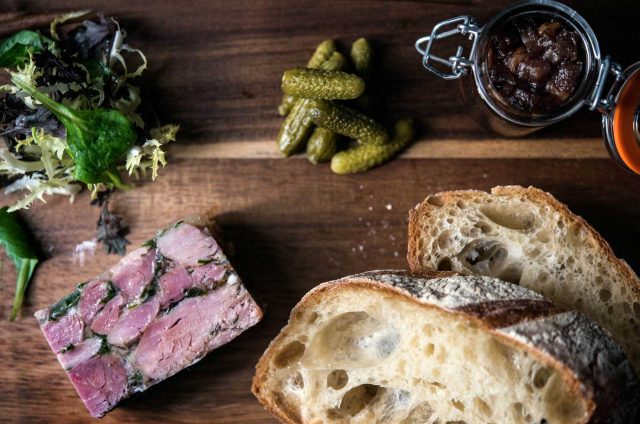 No sooner has master sommelier Xavier Rousset opened his first solo venture, Blandford Comptoir in Marylebone, than he’s already on to a new project – the Burgundian-themed Cabotte in the City, in partnership with fellow master somm Gearoid Devaney.

Named after the tool sheds found dotted around the French wine region, Cabotte boasts over 500 different Burgundies by the bottle and a generous selection of by the glass offerings via Coravin. Among the dishes on offer are beef cheek Bourguignon en cocotte with Savoy cabbage and smoked bacon; ham and parsley terrine with apple and raisin chutney; and tarte tartin. 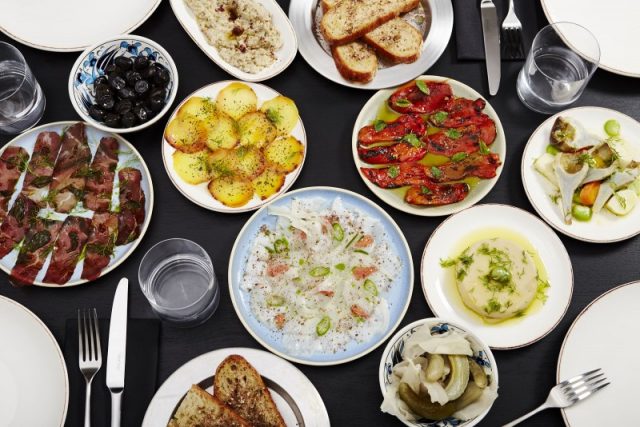 Londoners are bubbling with excitement for Turkish newcomer Yosma in Marylebone, headed up by former Barbecoa chef Hus Vedet. Decked out like a traditional Istanbul tavern (meyhane), the site features an open kitchen, mangal grill, raki lounge and counter dining. 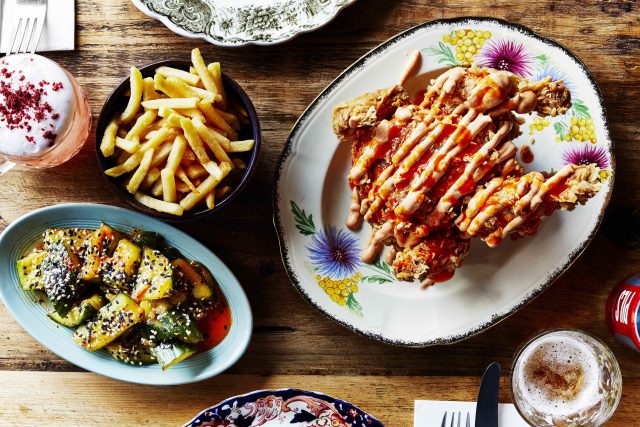 Keen to capitalise on the success of the Dalston original, popular poultry joint Chick ‘n’ Sours has opened a second site in Covent Garden, offering central Londoners a slice of East end cool without the ramped up price tags. The Seven Dials menu stays true to the original but with a few twists. You can still get your hands on the whole fried chicken and the popular K-Pop burger rammed with gochujang mayo and chili vinegar. 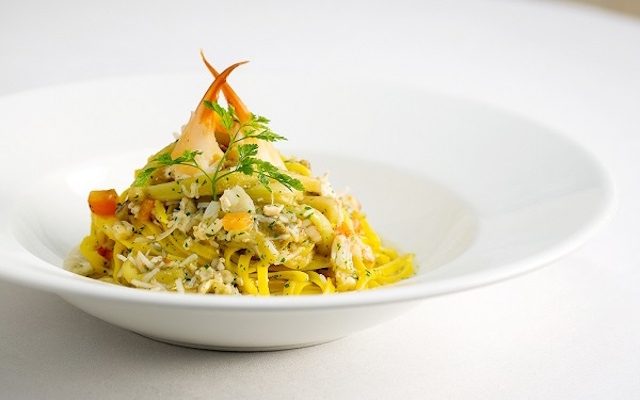 An Italian restaurant with a French name, Margot is the brainchild of Bar Boulud maitre d’ Paulo De Tarso, who once steered the ship at The Wolseley and Scott’s, and Nicolas Jaouën, GM of Balthazar and formerly of Alain Ducasse’s Rivea, to bring stellar service to the capital. 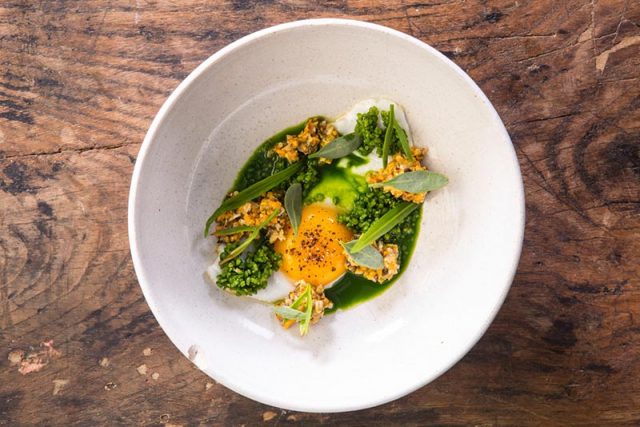 Having started life as a pop-up, Perilla has fonund a permanent home in Newington Green. Head chef Ben Marks has good pedigree, having chalked up stints at Claridge’s, Noma and The Square, while front-of-house Matt Emerson comes by way of Polpo.

The menu will change regularly to reflect what’s in season, but expect to find the likes of seaweed bread brushed with roasted lamb fat; fried duck egg with mussels and parsley; roast kale with cod roe; cuttlefish Bolognese and poached pears in wine and citrus. A five-course set menu costs just £38, with its east London location allowing for fine food at wallet-friendly prices. 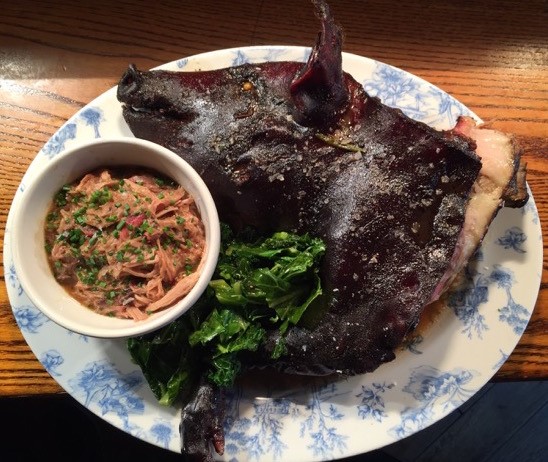 Having introduced Islington dwellers and Chiswick-ites to the delights of smoked meat, chef Neil Rankin now has his sights set on City boys with his latest venture Little Smoke, which has taken over the somewhat niche Bad Egg in Citypoint.

Little Smoke’s meat is sourced from small independent farmers and butchered on-site at the Islington Smokehouse, then taken to Little Smoke to be roasted and grilled. The menu changes daliy depending on what meat has come in but expect the likes of bavette steaks, pork belly and beef shin ripe for slathering in homemade beer mustard, aged beef mayo, and gochujang mayo. 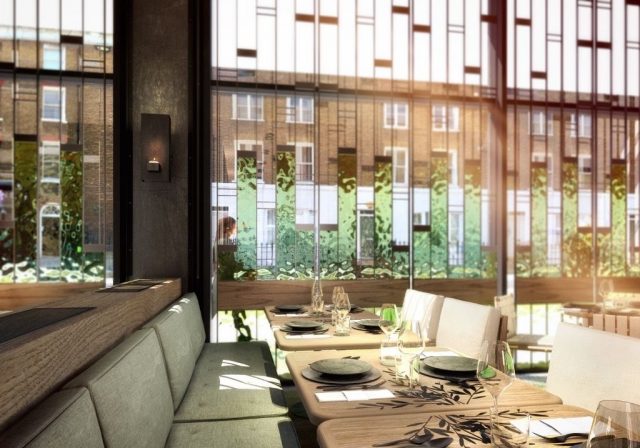 Yet another Italian opens in London this month. Fucina (meaning ‘forge) in Marylebone resides on fashionable Chiltern Street near the famous Firehouse. Owner Kurt Zdesar has enlisted the help of head chef Stefano Stecca to bring Brits dishes inspired by his childhood, including homemade pastas, stone-baked pizzas and whole roasted suckling pig.

Everything from the bread to the ice cream will be made in house, which will be on sale at Fucina’s bakery on Paddington Street, due to open next month. The restaurant is centred around a large marble that will serve classic Italian cocktails and cichetti. Among the dishes we’ve got our eye on are wild boar lardo with truffle honey; vongole scoppiate with star anise and wild rabbit ragout. 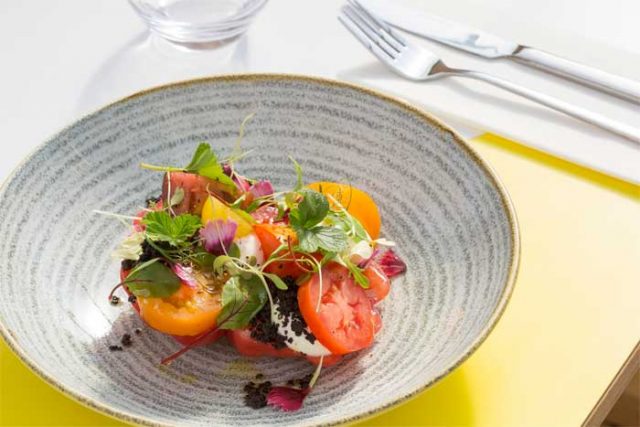 While it might sound like a computer game, Farmopolis is in fact a virtuous veggie-focused restaurant in Greenwich housed on a floating jetty. The site is in talented hands, having cherry picked the head and sous chef from The Magazine restaurant at The Serpentine gallery.

Among the veggie delights on offer are beetroot hummus, petit pois and nasturtium leaves; salt baked sweet potato, ricotta and sprouting coriander; and preserved peach, elderflower and almond, while meat fiends can get the protein fix via crispy fosse meadow chicken, coleslaw and dill washed down with Peas and Love cocktail that blends rum, pea infused cordial, mint and lime juice.