We’ve had the gin boom, the coffee boom, the Japanese whisky boom – but what are the hot new trends for 2017?  Former Selfridges buyer Dawn Davies MW, who heads up spirits buying at the Whisky Exchange, and the company’s co-founder and md Sukhinder Singh look at the drinks likely to take off over the next twelve months in The Whisky Exchange’s Drinks Report 2017…. 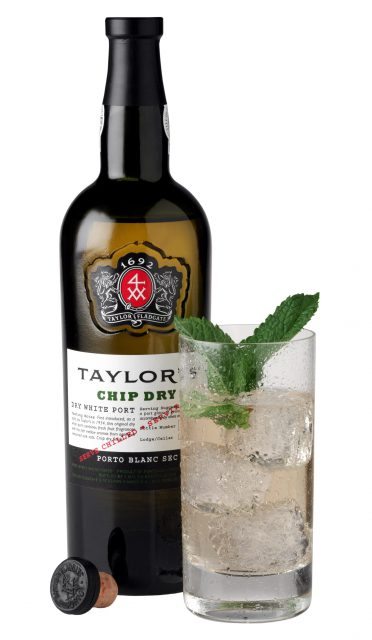 After several years of strong growth of the craft gin scene, it’s time for tonic to come out of the shadows and go it, maybe not alone, but with an array of new partners, according to Davies – “T without the G”.

“There’s been a lot of gin, and we’re starting to get ginned out – but [the gin trend] has spurred tonic” she argues, pointing to the 77% predicted growth of premium tonic and mixer brand, Fever Tree, and the doubling of tonic sales across the on-trade and online.

“The vodka and red bull consumer is starting to grow up, their palate is changing and they are looking for something less sweet. And bars are increasingly playing more with different things and tonic.”

As a result, tonic is now teaming up with whisky, sherry, madeira, white port, rum, tequila and mezcal she notes, to make a simple long drink that has a short ingredients list, isn’t complicated for the consumer to buy into and and is likely to appeal to the British sensibility.

“It’s like a cocktail – taking a classic and mixing it up,” she said. “People are wanting to experiment and will ride on the crest of this wave.”

Aged expressions of whisky have been long regarded as a mark of quality but according to Sukhinder Singh, co-founder and md of The Whisky Exchange, the importance of age has been over-stated. He maintains that younger expressions are likely to shake up the market more than the release of ‘no-age’ whiskies, and some of this comes on the back of better quality wood.

“People talk about the important of age of whisky – but it isn’t important,” he argues. “I look at it for the products itself, what is good about it, what do I like about it, then the price and if it offers good quality for the price.”

Whisky, he argues, is increasingly getting younger – and more importantly, consumers are beginning to accept and embrace the trend.

“In 2004 we bottled an Isle of Jura 5-years old. When we released it, it was a first – no-one has seen a five year old malt before, they were used to ten or fifteen year old whiskies – and it was difficult to sell, no one wanted to buy it. But after we put it into blind tastings, people were amazed it was only five year’s old and couldn’t believe it – today that bottle of five year whisky sells at auction for £250.”

“There is a debate, but my feeling is that whisky is getting younger. People are bottling it young and although it’s always been around (they did it a lot in the 1960s and 1970s before moving to ten or fifteen years old), we saw a huge response to the Lagavulin 8-year-old whisky and the Bowmore 9-year-old as an ongoing expression,” he says.

The trend is likely to broaden the spectrum of styles, expressions and varieties on the market, he said – which can only be a good thing 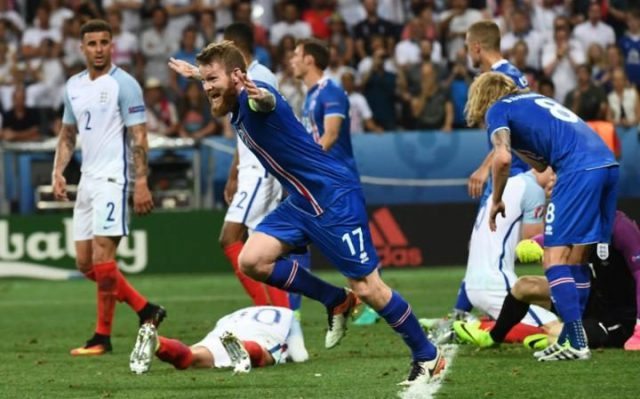 Moving on from the Nordic foraging food scene that has been around for a good few years (not to mention Scandi-noir dramas), it was Iceland’s success over the England football team over the summer that propelled it to greater consciousness in the UK.

The impressive Thunderclap welcome for the returning national team in Reykjavik was widely shared on social media, and was soon followed by the tongue-in-cheek ad from Icelandic native and Game of Thrones regular, Hafþór Júlíus Björnsson, as the face of Icelandic Mountain Vodka.

According the Davies, the country is seen as “interestingly adventurous,” and Hafþór’s high profile has helped the brand break into the big brand-led and notoriously hard-to-crack vodka market. More than 20 pallets were shipped and sold in Las Vegas for example and the Whisky Exchange has signed on as the exclusive distributor in the UK from November.

“There is this idea of Iceland pushing itself forward, it is slowly creeping in but will grow,” Davis said. “Bar tenders are increasingly experimenting with moss and birch schnapps, for example, and there is also going to be a release of an Icelandic whisky.” 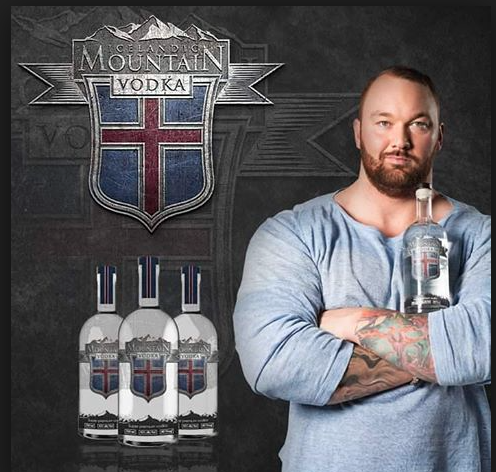 Although the divisive and passionate arguments around Brexit have largely subsided and the form of the UK’s ‘conscious uncoupling’ from Europe are still shrouded in doubt, there is no doubt on the imminent effect of prices, according to Davies,

“We are already seeing prices [from producers] go up, and it is guaranteed that it will be going up by around 7%,” she argued.

However, the upside is that home-grown products that won’t incur this kind of increase are well-positioned to benefit hugely from the Brex-IN effect – both within the UK and at export. [Although Davies adds an important caveat that this largely relies on producers being savvy enough to maximize their advantage and not mirror the increased prices of their European counter-parts]

“There are lots of quality products – and they are going after certain styles and making them their own,” she said, pointing to Tarquin’s Cornish Pastis, Sacred’s vermouths, The Somerset Cider Brandy Company, Dapper’s English Grappa, Capreolus’s eau-de-vie in and the well-documented rise and rise of English Sparkling wine.

“All these people are doing this with confidence and it will be very interesting [to see it develop],” she said. 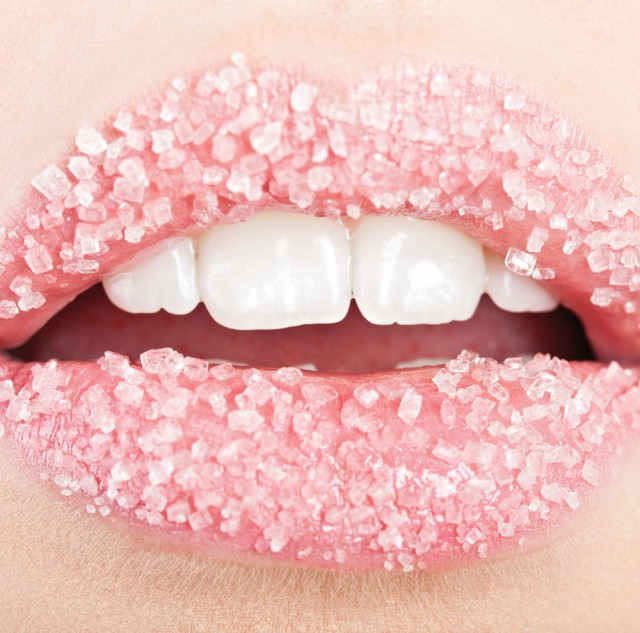 Sugar has been a hot topic across the food industry – and this has already started to filter into the drinks trade.

So far this has manifested itself with the launch of ultra-brut Champagnes sans dosage from the likes of Lauren Perrier and Louis Roederer, the launch of Skinny Prosecco (which became Selfridges fastest growing product, Davies said) and natural Cavas and R L Seale’s set to launch a no-added sugar rum.

The Whisky Exchange’s Drinks Report maintains that this is set to grow.

“The idea of alcohol with fewer calories is a big trend and we will see it across different categories,” she said.

The phenomenal rise of Japanese whisky took the category by storm – and globally sales have gone “ballistic” according to Sukhinder Singh. However, with the high demand, shrinking stocks, product shortfall and increasing prices, the search is on for the next big producer. Although Indian whisky is promising, Singh says, his money is on Taiwan as the likely contender.

So far, Taiwan has two distillery – one is state-owned and has released one whisky so far, the other is Ka-va-lan, which opened in 2006 and is not only set to reach its full 4,500m L capacity this year, but is set to double in size in the next six months with the addition of nine new pot stills.

According to Singh, one of Taiwan’s benefits is its cool temperature and high humidity, which helps age whiskies fast, meaning that a 3-4 year old aged whisky from Taiwan is roughly equivalent of a 12-15 year old whisky in Scotland. This gives the nation a distinct advantage when it comes to scaling up production and meeting demand, Singh points outs – and Ka-va-lan in particular has shown itself keen to experiment with different wood and even imported peat, to produce a broad range of different whisky expressions.

One of the products Davies tips for Christmas success is a cold-brew coffee liqueur that launched in December 2015. The trend comes of the back of the increasingly craft-ification of the coffee scene, where the coffee cognoscenti are seeking out small-batch, on-the-spot roasted cold-brew coffee.

Mr Blacks ticks the boxes for provenance, authenticity and quality, she argues, and its “good ethos is combined with great packaging”.

“It uses around 30kg pf coffee beans to produce 250 bottle, in an industry where everyone else is using essences and making sugar-heavy products,” she says. “So you can taste the coffee and though it is sweet, it’s not sickly because it has a less harsh extraction process.”

The Whisky Show’s annual trade tasting, The Whisky Show, is being held in London on 3 October. Now in its eighth year, the show will showcase around 600 whiskies from around the world, including a new brands from Sweden, the USA and Japan.