White Lyan in Hoxton, Ryan Chetiyawardana’s game changing bottled cocktail bar, is to close in a year and be turned into a creative development space.

Chetiyawardana and co-owner Ian Griffiths are bored of their pre-batched, no ice or citrus cocktail concept and feel the need to challenge themselves again.

Before White Lyan closes its doors, the bar will run a year-long series of revolving cocktail menus, each running for a 10-week stint. The five concept menus are: Heaps Primal Bro; Waste Not, Want Not, Live Lots; Dear Darwin; Single Origin and Flavour is Dead, Long Live Flavour. 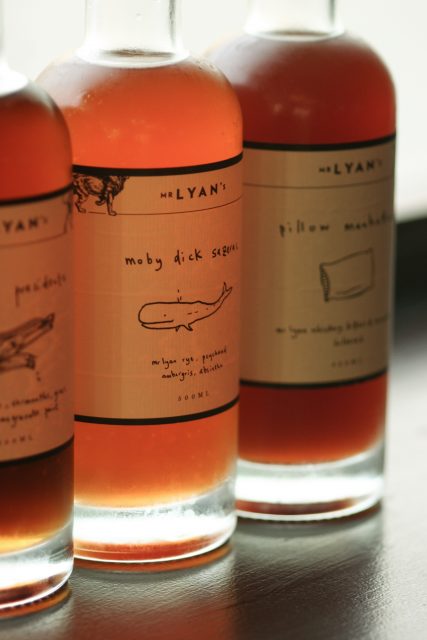 Heaps Primal Bro explores primal urges, from eating and sleeping to playing, and how animals use their senses to survive and thrive. The 5pm Lullaby is designed as a de-stresser and includes soothing ingredients like liquorice root and holy basil.

The Evil Twins on the other hand, explores the idea of humans being able to detect poisonous matter, and features kernel bitters in a nod to bitter almonds containing cyanide.

The dozen-strong menu will run until December when the Waste Not, Want Not, Live Lots list comes into play, shining a light on closed loop cocktails that use every part of the ingredient.

Next up will come Dear Darwin, which looks at how our food systems have evolved and how food culture might have been if we had evolved differently.

Finally, Flavour is Dead, Long Live Flavour examines the effect of texture on flavour perception, our love/hate relationship with rancidity and the use of ‘dead’ ingredients.

White Lyan launched in 2013 and stood out for its bold policy of closed loop cocktails where no ingredients go to waste.

The bar spawned a bottled cocktail range in retail, a book and a plethora of awards. Chetiyawardana also runs the highly successful Dandelyan at the Mondrian hotel on the Southbank.

Once the bar closes, Chetiyawardana will use it as a creative development space where he will collaborate with leading international chefs and food labs on new multi-sensory concepts.