Around the World in 80 Harvests: Oregon

As wine journalist Amanda Barnes travels Around the World in 80 Harvests documenting 80 wine regions and grape harvests around the globe, she shares a photo story from the Willamette Valley in Oregon. 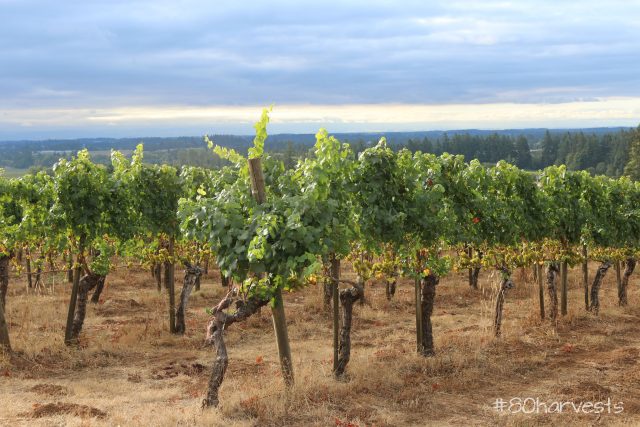 The morning sun catches the Chardonnay vines on the famous jory soils of the Dundee Hills. Harvest started as early as mid-August this year as the whole western coast of the US got off to an early start. Historically Oregon’s harvest would begin closer to the beginning of October but recent years have seen harvest dates creeping forward with 2014 and 2015 being two of the hotter years on record. The jumpstart for 2016 was due to an early spring but a cooler summer has left winemakers optimistic for an elegant vintage. 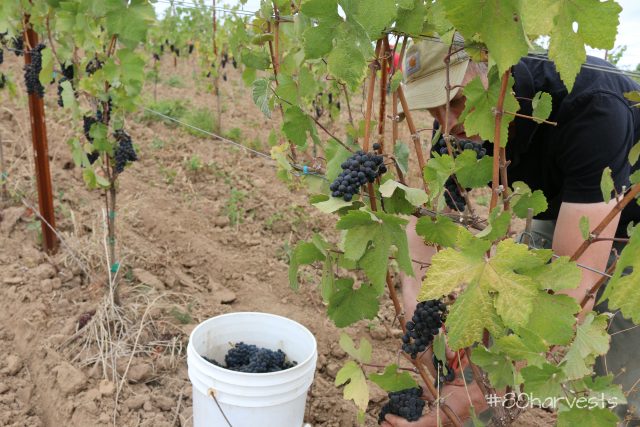 Winemaker Jason Lett picks his first Pinot Noir grapes of the season, on 30th August. His late father, David Lett, is credited as one of the pioneers of the Oregon wine industry and was fondly known as ‘Papa Pinot’ for planting the first Pinot Noir and Pinot Gris (among other varieties) in Oregon in 1965. His Pinot Noir became world famous after a series of successful international tastings in France at the end of the 70s, and put Willamette on the map. Today Jason carries on the Pinot Noir tradition at the family winery, Eyrie Vineyards. 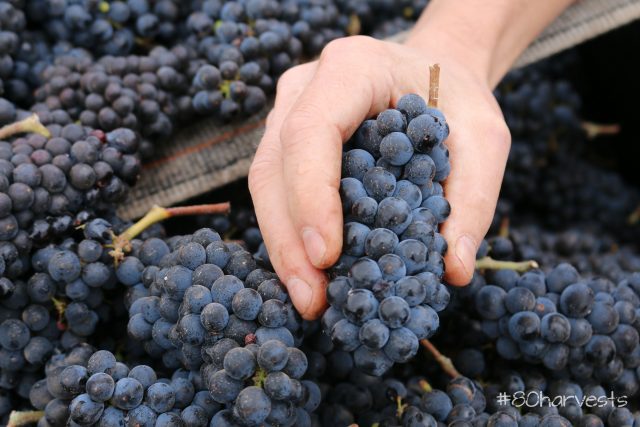 Today, Pinot Noir is by far the most planted variety in Oregon, with more than two thirds of vineyard plantations dedicated to the French variety. Pinot Gris comes in second, but makes up less than 13% of plantings, and is followed by Chardonnay with less than 6% and various other small plantings. The combination of a mild growing climate and variety of soils (see next slide) is what has made Willamette renowned for Pinot Noir production. 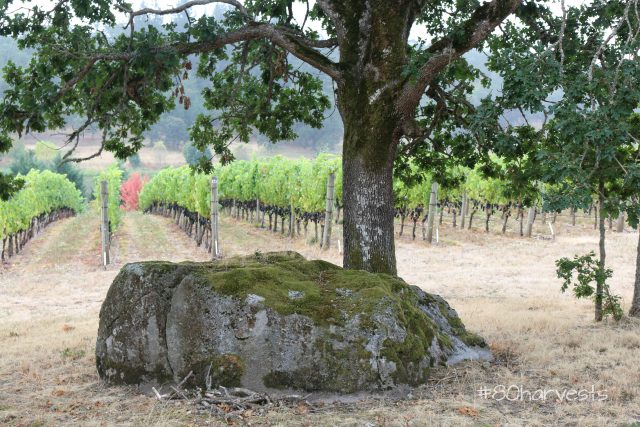 Willamette is a wine valley as a result of the Missoula Floods at the end of the last ice age. This erratic rock in the middle of Left Coast Cellars’ vineyard was carried here by the cataclysmic glacial floods which are thought to be some of the biggest in earth’s history. As the ice dam burst periodically, the frequent floods carved a valley between the coastal and cascade mountain ranges, which is today home to Oregon’s most productive agricultural and viticultural land. 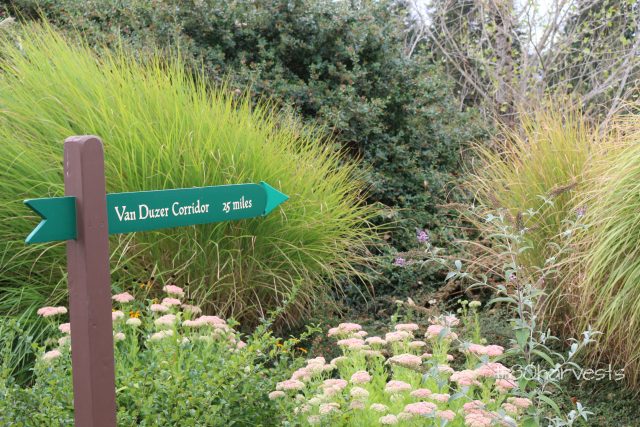 The Van Duzer corridor has a significant effect on the Willamette valley and potential for quality wine production. It channels in a cold coastal breeze in the afternoons, cooling off the vineyards from the warm summer sun and reducing disease pressure. This picture is taken from Bethel Heights in the Eola-Amity Hills, an AVA that prides itself for being one of the closest to the corridor and therefore the first to receive the afternoon winds. 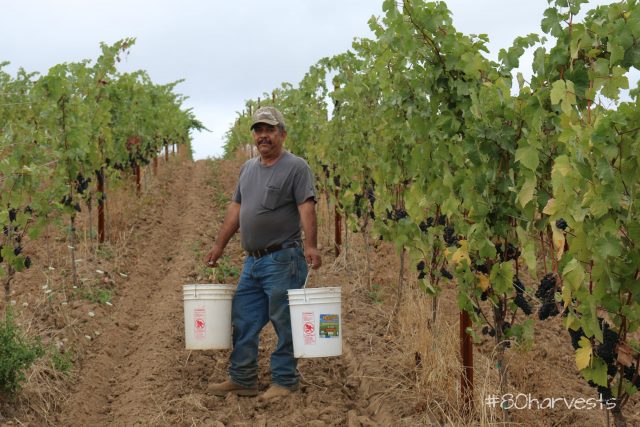 Due to the many hillsides of Willamette, harvesting is largely done by hand. Most of the vineyard workforce is made up of Mexican immigrants, like Javier Garcia (photographed) who is now picking his 33rd vintage in Oregon. The tech and industry boom in Portland and around Oregon has created more competition for the viticulture industry, and experienced vineyard workers like Javier are becoming an increasingly scarce and valued resource. 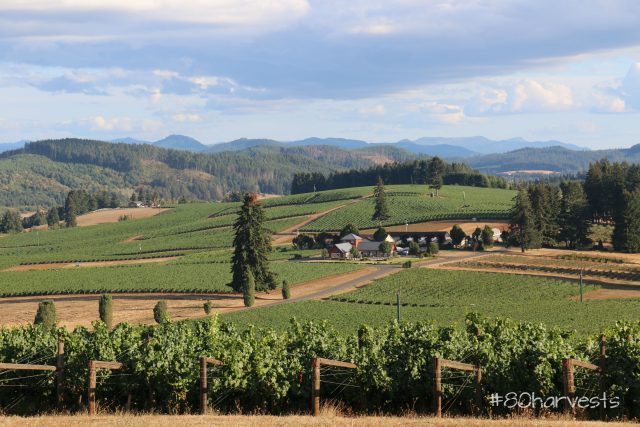 Oregon’s wine industry has a strong commitment to sustainable and organic vineyard practices including local programs such as LIVE Certified (livecertified.org). Over half of the vineyards in Oregon are recognised as sustainable or organic, compared to just 1% in California. This is a photo of King’s Estate in the southern Willamette valley, which is set to become the largest biodynamic producer in the US acknowledged by Demeter before the end of this year.

You can follow the 2016 harvests around North America on www.80harvests.com