Distillery fined after worker is engulfed in flames

A UK distillery has been fined nearly £300,000 after an employee suffered 20% burns in a fire that destroyed its warehouse and stocks. 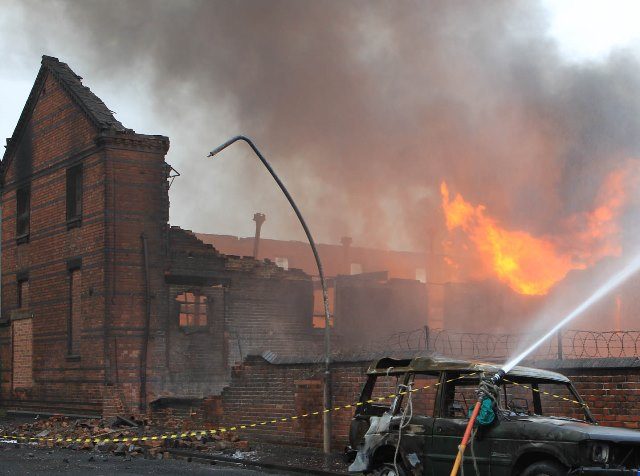 The fire broke out at the the Alcohol Limited distillery on Crosswell Road in Oldbury in November 2012 with more than 200 people living nearby forced to flee their homes as 70 firefighters battled the inferno.

A 21-year-old distillery worker was rescued from the blaze, suffering 20% burns to his head, neck and hands. The fire also destroyed the warehouse, its stocks and caused damage to nearby cars and houses.

Wolverhampton Crown Court heard how ethyl acetate was being transferred from a bulk storage tank into an intermediate bulk container when the fire broke out. An investigation by the Health and Safety Executive (HSE) said that the most likely cause was a discharge of static electricity generated by the transfer of the liquid.

Poor maintenance of pipework and associated valves was also blamed for the blaze, with the company failing to “competently inspect the equipment or monitor the systems of work”, said investigators.

“Companies that fail to ensure the integrity of their safety critical equipment place their employees, members of the public, emergency services and their entire livelihood at risk of serious harm”, said HSE inspector Kieron Jones. “Poor management of highly flammable liquids can have catastrophic results both for individuals and businesses.”

Alcohols Limited, whose head office is at Charringtons House in Bishop’s Stortford, Hertfordshire, pleaded guilty to breaching Sections 2(1) and 3(1) of the Health and Safety at Work etc. Act 1974, and was fined £270,000 and ordered to pay costs of £25,009.

The company, a chemical distribution company, was formed in 1955 as a subsidiary of The Palmer Group – a private family company founded in 1805 and which is still family owned today

As well as producing toiletries, cosmetics and cleaning products, it also produces bulk gin and vodka for many own label and branded clients.

Its website states that it is “proud to be one of the last independent gin distillers in the UK”, adding that the London Dry Gin it produces is distilled using traditional copper pot stills which are over 100 years old.