We round up the medal-winning wines from this year’s Drinks Business Global Cabernet Sauvignon Masters, with New World examples impressing judges with their consistent quality, even at entry level. 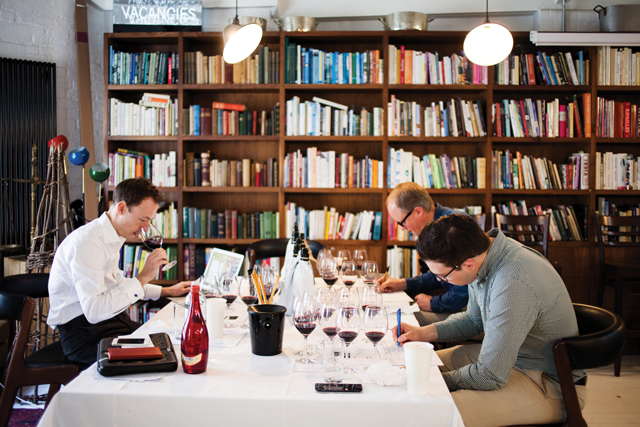 As we noted in last year’s report, such are the powerful traits of Cabernet Sauvignon, wherever it’s grown, and however it’s handled, the grape displays a pleasing sameness. In essence, it’s a grape of resilience and reliability. So, unlike Pinot Noir, another grape in our Global Masters series, Cabernet Sauvignon offers regularity in personality, which is derived from its dense tannins, and juicy blackcurrant flavours, along with its subtle and refreshing leafy lift, as well as lingering coffee and cedar characters. It’s a bit like ex-pat Brits drinking tea and playing cricket: Cabernet behaves the same way wherever you find it. But what about quality? Here too, Cabernet offers consistency, although the high points are only attainted in certain places. As this year’s competition confirmed, the great sites for Cabernet are Chile’s Maipo and Colchagua Valleys, North America’s Sonoma County along with its Napa and Columbia Valleys, and Australia’s Coonawarra and Margaret River regions. Of course, Bordeaux is the home of this noble grape, and the benchmark Cabernet-based wines, but the Masters competition was primarily a New World tasting, simply because it is focused on unblended examples, which one rarely finds in Europe. Nevertheless, there were notable Cabs from the Old World, surprises even.

Two Gold medal-winners in particular highlighted the value of this type of competition – tasting the wines blind without knowledge of source country does allow lesser-known regions to shine. Consequently, among this year’s top scorers were wines from Turkey’s Thrace and Spain’s Castilla-La Mancha. Furthermore, a theme noted last year, and continuing in 2016’s tasting was the quality of Cabernet from Argentina, a country far more famous for its Malbecs, but crafting beautiful wines from Cabernet too. If, however, one were to select a single country where the Cabernets were consistently good across all price points, it would undoubtedly be Chile. Here is a nation that manages to serve up a typically juicy Cabernet character at £10, and, at higher prices, deliver the grape’s potential for making structured, complex, age-worthy reds too. 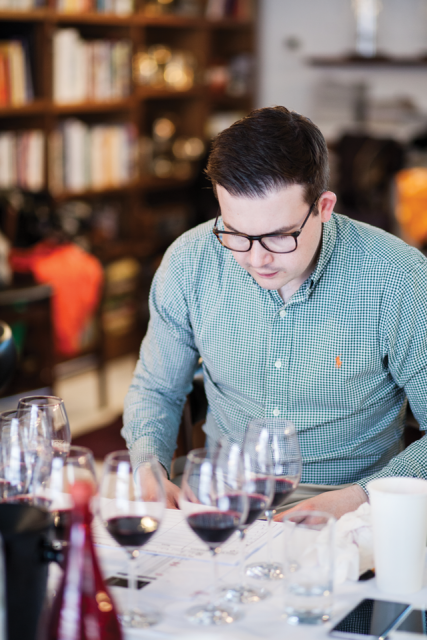 However, to move away from the sources of accomplished Cabernet, and looked at the winemaking approaches, it was evident after this year’s tasting that cellar techniques aren’t too heavy handed. While there were instances of slightly harsh tannins from crude extraction techniques, the judges were impressed at the high number of smooth, polished wines in this year’s competition. The other criticism that tends to plague Cabernet-based wines is the use of too much oak. Exposure to young barriques in large quantities can yield a grainy drying sensation on the palate, while smothering Cabernet’s attractive perfume due to the vanillin from the wood. But, for the most part, the wines in this year’s Masters tasting displayed a level of oak that complemented the flavour and structure of the Cabernet, rather than overwhelming the grape. And the best entries were a pleasure to assess, leaving one salivating at the thought of the rare sirloin that would partner them perfectly – although it was just water biscuits for the judges. As the results over the following pages show, Cabernet can yield good wines at lower prices, with a clutch of Silver medals awarded below £10 and one Gold medal too, which was given to an example from Chile’s Casas del Toqui.

Between £10 and £15, Chile once more picked up a Gold, this time for the price-competitive and highly-respected Cabernet specialists from Colchagua Valley, Siegel Family Wines. But even at these lower prices there was a wine from California that took home a Gold. Called The Bridge, the wine is a collaboration between South Africa’s Ken Forrester and America’s Jesse Katz, and uses grapes grown in the Alexander Valley. While, proving that this may be a sweet spot price-wise for good Cabernet from Argentina, there were no fewer than five Silver medals awarded to this single nation between £10-15 (if one includes varietal and blended Cabs) and two from one winery in particular, El Esteco.

Over £20 though, there was a step change in the quality of Cabernet. Even before we had moved into the £30-plus category we had exceptional examples from Columbia Valley, with the Cold Creek Vineyard Cabernet, as well as Miguel Torres’s top wine from Chile, the Manso de Velasco, and Aresti’s Family Collection, also from Chile, and the same region – both of these Cabs were from the Curicó Valley. Within the £20-30 price range there was also a Spanish Cabernet, although it is perhaps no surprise that it achieved a Gold – this was from Marqués de Griñón, a producer that sources its grapes from the prized Dominio de Valdepusa vineyard in Castilla-La Mancha, which, at over 1,000ft, is one of the highest in Spain. In the same price band, but in the blended Cabernet category, was the wonderful Finis Terrae from one of Chile’s oldest wineries, Maipo’s Viña Cousiño Macul. At £30 and above we had yet more great wines from Chile, including perennial high-performer Casa Real from Santa Rita’s oldest Cabernet vineyards in the Alto Maipo, and the Jackson Family’s Hawkeye Mountain from the Alexander Valley. Both of these Cabs received the ultimate accolade of Master.

In a crowded wine competition arena, The Drinks Business Global Cabernet Sauvignon Masters stands out for its assessment of wines purely by grape variety rather than by region. Divided only by price bracket and, for ease of judging, whether the style was oaked or unoaked, the blind tasting format allowed wines to be assessed without prejudice about their country of origin. Wines were scored out of 100, with those gaining over 95 points being awarded the top title of Master. Those earning over 90 points were given a Gold, those over 85 points a Silver and those over 80 points a Bronze. The wines were judged by a cherry-picked group of Masters of Wine and Master Sommeliers on 14 April at the Tramshed in Shoreditch, London. This report only features the medal winners.

Australia also confirmed its ability to craft Cabernets great enough to command high prices, dominating the top medals for wines priced £30-£50. Notably good examples hailed from the Bird in Hand winery, which uses grapes from Adelaide Hills, and Terre à Terre, a project from husband and wife Xavier Bizot and Lucy Croser (daughter of Brian Croser) that takes its Cab exclusively from the Crayères vineyard in Wrattonbully. Wines from both the Barossa and Margaret River also took home Golds in the blended category from producers Château Tanunda and Cape Mentelle, respectively, while we were excited to unearth an equally high-quality example in this category from Turkey – The Chamlija Cab from the country’s Thrace wine region. Finally, over £50, California showed its skill with top-end Cab.

As one might expect, Napa-based Stag’s Leap wine Cellars gained a Gold, which was earned for its Cabernet from the Fay vineyard. In the blends category, Frank Family was gloriously awarded a Master for its Napa Cab called Reserve Rutherford Cabernet Sauvignon, while, showing the quality potential of Californian Cabernet in Paso Robles too, Justin was given a Gold for its rich and ripe Isosceles. In short, the tasting confirmed the superiority of New World Cab-centric regions such as Napa and Maipo, while highlighting the quality potential in areas less well known for this grape, whether it’s Mendoza, Castilla- La Mancha or, the real surprise this year, Thrace. db

Click through for a full round-up of medal-winning wines…