Sagrantino ‘will rival Shiraz’ in Oz one day

Tannic Italian grape Sagrantino will one day rival Shiraz as the best red variety in Australia according to Chester Osborn of d’Arenberg. 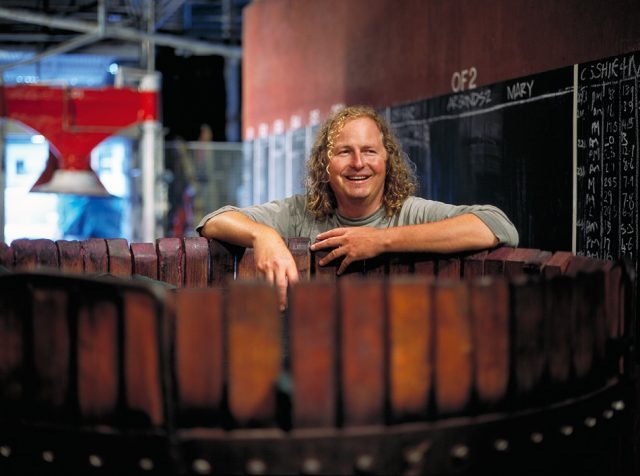 Speaking to the drinks business during a recent visit to London, Osborn said: “One of the grapes I’m most excited about at the moment is Sagrantino, which will rival Shiraz one day as the best red variety in Australia as it works all over the place and has great acidity.

“It hails from Umbria and was mainly used for sweet wine until the ‘70s. There were only a tiny number of producers of it in the ‘90s but it’s quite fashionable now and I think the terroir in McLaren Vale may be more suited to it than Montefalco as you get more fruit and minerality.

“Right now our vines are young, imagine what they will produce with a little age on them. Our Sagrantino is savoury, long and fragrant, it’s close to Sangiovese in style with purple fruits. It’s one of Italy’s most tannic varieties along with Nebbiolo and Aglianico.”

Osborn also revealed that Negro Amaro and Nero d’Avola are thriving in McLaren Vale. Known for his eccentric dress sense and dynamic personality, Osborn makes no less than 72 different wines at his family estate.

“I make so many because it’s fun. There’s a system in place, it doesn’t have to be problematic to make so many wines. I don’t find it hard.

“My latest creation is a Mencía grown on sandy clay soils in McLaren Vale, which hasn’t got a name yet. It’s very similar to the style of those made in Bierzo.

“It’s long and not too tannic with a capsicum edge, tomato leaf aromas and lots of fruit. I work with quite a few Spanish varieties – Graciano, Tempranillo, Monastrell, and lots of Italian varieties. I’d really like to make a Bobal and a Nerello Mascalese,” he added.

Back in February his latest release – an old vine Shiraz with a dash of Marsanne, Roussanne and Viognier called The Old Bloke and the Three Young Blondes – caused a storm in a wine glass due to its name.

Australian wine commentator Jane Thomson branded the wine an example of “everyday sexism” in practice. “I was surprised at how extreme her reaction was, but if anyone wants to give me free publicity then that’s great,” Osborn told db.

“When the story came out we had lots of people asking for it, and the £99 price tag didn’t seem to put them off. We use the best grapes from the best sites and the best barrels, so it has to be reflected in the price,” he added.

While progress has been made, Osborn feels like there are still a lot of Australia’s top wines that could be taken more seriously as fine wines on the global market, singling out Wendouree as one such example. Part of the problem, he feels, is a desire from wine lovers in the US for big, high alcohol Australian wines rather than elegant, restrained styles.

As for his current projects, in addition to developing his “Cube” restaurant and tasting room space, Osborn is busy penning a novel. “I’m writing a sci-fi book about the nature of the soul at the moment – when you strip it all back, everything is just energy. “I’ve already had interest from a director who might turn it into a film, but I’ve got to write it first,” he revealed.

In recent years he’s been busy converting his 200 hectares of vines to biodynamics, which, he feels, “makes the wines earthier, richer and with more mushroom notes”. ”

A lot of estates in Burgundy are biodynamic. Pinot is perfumed and floral and biodynamics adds a layer of earthiness to the wines,” he said.