Brexit a ‘rude awakening’ for the drinks industry

Last month’s Brexit will have “critical implications” for the drinks industry with some winners and losers, Rabobank analysts have said. 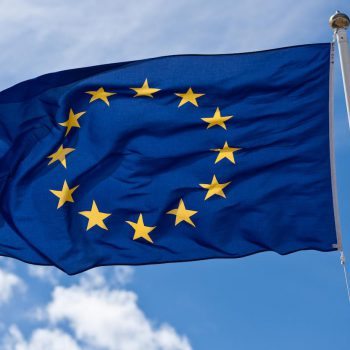 In the short term, the devaluation of the British pound will have the most immediate impact on the drinks industry, according to Francois Sonneville, beverage analyst at Rabobank, while the uncertainty over future trade agreements is likely to “loom in the longer term”.

What trade agreements will look like in the future remains uncertain, with the
consequences of Brexit on these agreements still “difficult to predict,” said Sonneville, who conceded that “deterioration” of trade deals between the UK and EU is likely.

“Outside of the EU, new trade deals might raise or lower barriers, but for trade between the UK and the EU – where barriers are currently absent under the common market agreement, deterioration is likely. Some companies might benefit from this, but the overall effect will be negative, and those that might be impacted should look at contingency planning.”

Wineries within the EU will most-strongly feel the effects, while “tangible knock-on effects” will be felt in nearly all major wine-producing regions, said Sonneville.

“The prospect of the largest wine-importing country in the world leaving its free trade agreement with the largest wine-producing region in the world will have an obvious impact on the trade flows in the long term, but the marked devaluation of the British pound will begin to drive some of those changes almost immediately”, he said. “The EU is, by far, the largest supplier of wine to the UK – France, Italy and Spain alone supplied 60% if British imports in 2015 – and assuming the soft British pound reduces demand for wine imports, those wines will need to find new markets. EU suppliers are expected to redouble their efforts in other markets, such as the US and China, which will impact domestic suppliers, as well as other foreign competitors.”

Last week Australian Vintage issued a profit warning following Brexit. The  company said it had been affected by the“significant unfavourable” movement in Sterling following the referendum on 23 June, with around $1 million (after tax) lost on its UK-based working capital due to the effect of the exchange rate.

Within the beer sector, recent “mega brew” deals, such as the £71billion takeover of SABMiller by AB InBev could be affected.

“The value of SAB in British pounds will have gone up, as a large part of the company’s earnings are in foreign currencies”, explained Sonneville. “AB InBev could have benefitted from the currency movement, but has hedged part of the purchase price. For the sellers of SAB, the depreciation of the British pound is bad news, as they could have hoped for a higher price today.”

Around 18% of the UK’s beer market is imported with most leading brands owned by international brewers with production facilities in both the UK and abroad.
“They may decide to change business models, from imported to licensed beer, but this will depend on the positioning and consumer perception of the brands,” said Sonneville.

Brexit could, however, have a positive impact on the UK craft beer scene, with domestic competition likely to ease as foreign competitors are affected by the weakness of the British pound. However they are likely to be impacted by changing import tarrifs and as yet to be determined trade agreements.
“In exports, British craft brewers would also benefit from the British pound’s weakness, but here, import tariffs would be a negative”, explained Sonneville. “The transaction effect of devaluation in the British pound is limited. Most barley and malt, which make up a small proportion of the cost price, are sourced domestically, and although raw material for packaging is often imported, most added value is created in the UK”.

Weakness of the pound could offer opportunity for Scotch

With regard to spirits, Sonneville said the weakness of the British pound will impact British spirits imports, such as Cognac, Bourbon and others, but could create some opportunities for Scotch exports. However, quite rightly, Scotch suppliers are concerned about the potential loss of free trade agreements with EU markets.

“Scottish voters were overwhelmingly in favour of staying within the EU and are looking at the possibility of renewing the referendum in order to break away from the UK and remain in the EU”, said Sonneville. “This would alleviate the problem for Scotch suppliers, but the EU wineries may be less happy about providing free access to the EU market for Scotch without receiving reciprocal access to the British market for wine”.

While the impact of a devalued pound is immediate, the renegotiation of trade agreements will have a much bigger impact in the long term. Presently, it is unclear as to what the new trade agreements for the UK will look like, with a two-year period for negotiations only starting once the UK triggers Article 50 of the Lisbon treaty to exit the EU.

“At least for the next two years, the UK will still be part of the EU, have access to the common market and benefit from EU trade agreements with the rest of the world,” said Sonneville.

“Once the UK leaves the EU, however, new trade agreements will have to be in place. It might be possible got the UK to strike a more favourable deal with some countries outside of the EU. The EU has to consider the interests of all of its member states, and on occasions, it has offered a trading partner a deal which benefited on of the EU members, but not necessarily the UK. That said, many trading partners have been willing to make considerable concessions to the EU in order to get access to the common market, with its over 500 million inhabitants. While the UK, with 65 million inhabitants, is also an attractive partner, the EU clearly has more bargaining power.”

For our round-up of the wider trade’s reaction to Brexit click here.