None of the supermarkets have succeeded in “nailing” how to sell online wines by-the-case, the boss of Virgin Wines has claimed. 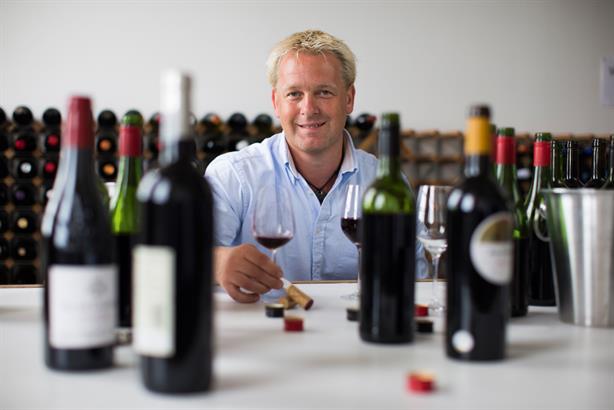 Speaking to db at its recent tasting, CEO Jay Wright argued that the retailers had done a good job in getting consumers into wine, but that there was still an opportunity to provide something different for consumers.

“None of the supermarkets have nailed the wine by-the-case,” he told db. “Tesco are increasingly moving out of it – their range is diminishing and they are moving away from that community [aspect]. And I thought they did a good job of getting people into wine – people do get sick of the same [things all the time] and want to try something different.”

“The more supermarket offering doesn’t fulfil what customers wants the more opportunity it give us,” he added.

He agreed there were a lot of companies vying for space in the online world, but said Virgin Wines had not suffered from a problem of ‘online clutter’ as it had a clear proposition and aimed to be a wine community, rather than just a retailer. And rather than being threatened by new entrants onto the market such as discounter Aldi, he argued that it fulfilled a different need for consumers, and also potentially widened the pool of potential customers.

“It would be foolish not to look at what other people are doing and arrogant to say we’re [doing it right], but it is a different proposition. It’s different dealing with a specialist than it is with Aldi, or Amazon or Ebay who are also selling wines online – and a lot of people like to deal with specialists who operate on so many levels. It is not just about delivery wine to your door, it is about the community,” he argued.

“We are there for any customer who wants to interact and engage and want more out of the relationship than just buying wine – trying to do more than that and want to be at the leading edge. We have a fantastic brand which resonate clearly the customers proposition and we have a lot so customer advocates spreading the work [about Virgin Wines] so we don’t feel worried. As long as you are clear about what you want to achieve, what your proposition ins and where are you heading and that you can execute it, then you can avoid the clutter.”

However he admitted that it did give the potential to boost the pool of people interested in buying wine by the case.

“If they can bring people into online wine by the case that would give us an opportunity, but it is not about trying to compete,” he added.

He also argued that it was important to build a sustainable business rather than chasing volume sales at the expense of profit.

“Since I took over in 2008, we’ve made a profit, and that is incredibly important strategically,” he argued. “We are in a healthy position at the moment, but we have aspirations to do more in a sustainable way to make profit and turnover our focus – not just in winning turnover gains without making any money.”

The company is in the process of overhauling its website, which will relaunch as an optimized site over the summer with enhanced content and capabilities.

The online specialist claims around 190k active customers and is keen to grow this, as it seeks to expand the business to £50m within the next two years.

To find out more about the key trends and growth opportunities within beers, wines and spirits retailing, you can purchase and download a copy of the latest WDR report here.