Venezuela’s president has given the country’s largest brewers an ultimatum to resume production or face a prison sentence for ‘sabotaging the country’. 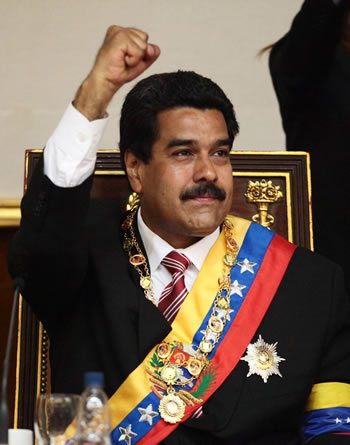 The country’s largest brewer, Empresas Polar supplies 80% of the beer drunk in Venezuela, including the leading brand Polar Pilsen. Last month the company completely shut down production due to supply problems of its main raw materials.

President Nicolas Maduro has now threatened to take over the closed breweries, saying that the business owners risk being “put in handcuffs”.

He said he was also ordering action “to recover the production apparatus, which is being paralyzed by the bourgeoisie”.

Meanwhile, Polar said it could no longer access the US currency needed to import the malted barley for beer production, and had to close the last of its breweries. Access to foreign exchange is currently under the control of the country’s government.

The beer shortage has had a big impact, as Venezuelans really like their beer. The tropical country has the highest per capita consumption rates of any nation in South America, and ongoing economic woes have to some extent been softened so far by the affordable luxury of a cold beer.

It’s the latest chapter in a long-running set of shortages and supply problems for beer and other food in Venezuela.

Polar’s billionaire owner, Lorenzo Mendoza, has been a vocal opponent of the President, with Maduro accusing him of waging an “economic war” on his government. Over the past year, Polar has been embroiled in a strike by brewery workers, conflict with the trade unions, and has seen its distribution centre occupied by the military.