It’s a perennial source of bafflement among wine professionals that Sherry remains such a marginal drink. 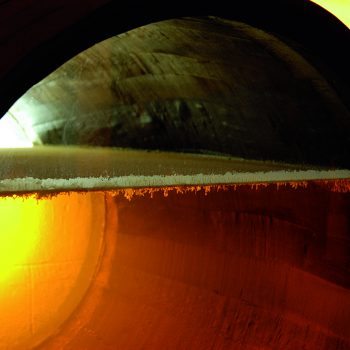 In that ceaseless parade of wine styles that the international wine tasting circuit provides, few are so memorable for their high quality, their obvious food-friendliness and the pleasure they give.

But there is clearly a disjuncture between the reality of how good Sherry is and how it is perceived by the consumer. There is much that is misunderstood – or not understood at all. This is a situation in dire need of redress, which is why, in the pages that follow, db is pleased to provide a touch of clarity with its top 10 myths about Sherry… 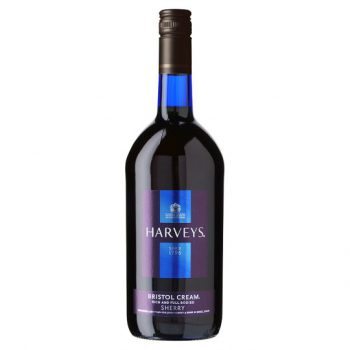 Probably the biggest misconception of all about Sherry. It’s easy to understand, particularly in the UK (historically Sherry’s biggest export market), given the ‘Harveys Bristol Cream factor’ – in other words, given that the only exposure many people here have had to Sherry is the sweet style that has brought John Harvey & Sons such spectacular success since it was first produced in Bristol in 1796.

Contrary to what one might think, many Sherry producers are grateful for the Harveys Bristol Cream factor – it has been part of the backbone of the Sherry industry for centuries and has at the very least created some level of awareness of Sherry among consumers around the world. It’s also a very pleasant drink – although this is just a small part of what Sherry has to offer.

There are in fact 10 basic Sherry styles and most of them are dry, ranging from the light, salty freshness of a fino or manzanilla to the nutty, mahogany richness of an oloroso (while the richness and full body of an oloroso might sometimes be perceived to be slightly sweet, it’s actually just viscosity that fools the palate). These dry styles open up a world of gastronomic possibilities and drinking pleasure. 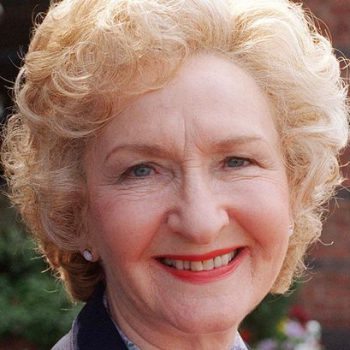 This is another big misconception linked to perceived popularity of cream (sweet) styles of Sherry among senior citizens, whether bibulous, ancient aristos or elderly women in the Emily-Bishop-from-Coronation-Street (pictured) mould.

On the contrary, Sherry – particularly dry styles like fino or manzanilla – is enjoyed by many young people in Spain, in the UK, Japan and beyond: witness the young revellers at summer festivals in Spain drinking fino and Sprite mixers (aka rebujitos), or the popularity of Sherry cocktails on the London cocktail scene so beloved of younger people with a thirst for something new.

Sherry does not have to be a drink for purists and specialists: it can be enjoyed in all its guises, and mixed with great success. The Consejo Regulador for Sherry has also made a concerted effort to target younger drinkers.

Launched last year, Sherry.wine aims to educate new Sherry drinkers about what is, admittedly, a relatively involved drinks category, while also highlighting its versatility, gastronomic potential and venues around the world where Sherry can be enjoyed.

So no, not just for grannies by a long stretch. 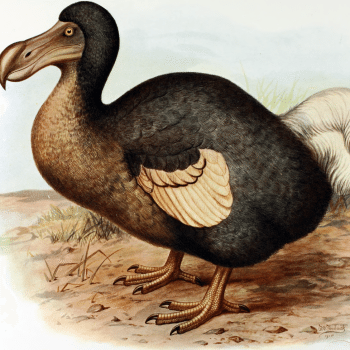 Perish the thought. Sherry has been through the mill over the course of its history – from a production crisis in the 19th century to a dramatic rise in production in the 1970s which severely damaged the region’s reputation. However recent years have heralded a marked upturn in overall quality, with yields reduced and producers redoubling their efforts so that, even at the basic end of the category, the wines are remarkable for their high quality and definition.

It’s true that Sherry sales have been declining in the past 10 to 15 years (a decline that is certainly slowing), however it is important to note that this is largely down to a drop in consumption of entry-level Sherries. By contrast – as reported in the drinks business as far back as 2010 – premium Sherry has been enjoying a renaissance for several years now, capitalising on an on-trade trend that has affected most drinks categories – namely that consumers are drinking less overall, but are drinking higher quality products.

There remains a lot of work to be done to convince younger consumers that Sherry is a wine for all occasions – and an excellent wine at that – but the momentum is certainly building. Who would have thought, for example, that the venencia Sherry pouring ritual would become big in Japan?

There’s a lot of confusion about alcohol levels in drinks generally, but particularly with fortified wines: many people confuse them with distilled spirits and expect an ABV in the 30 or 40 degrees of alcohol range. Sherry is much more approachable than that – indeed the lighter styles, like fino, are often of a comparable alcohol level to many still wines.

Fortification of Sherry is a crucial part of the Sherry production process, distinguishing as it does the two fundamental dry Sherry styles: fino and oloroso.

Finos, being the finer style of wine (‘fino’ means ‘refined’) age ‘biologically’, under a film of yeast known as the flor (pictured). This flor cannot survive at an alcoholic strength beyond 15.5%, hence fino Sherries are fortified to anything from 14.8 to 15.4%.

The slightly less refined olorosos age oxidatively (with exposure to air) and are designed to be more robust. Since they do not rely on the flor, they can therefore be fortified to a slightly higher degree of alcohol, around 17-18%.

Anyone who thinks that Sherry is a bit of a ‘knockout’ drink need only try a cool, refreshing, revitalising fino or manzanilla to realise that this is far from the case.

5. It’s difficult to pair with food 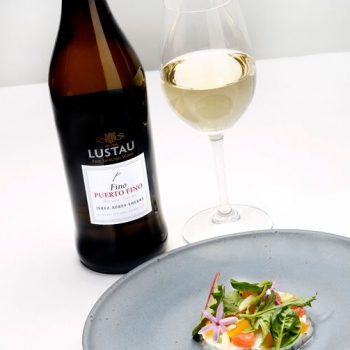 No, no, a thousand times no. Just as Sherry has a far lower alcoholic strength than is commonly believed, so too its vast gastronomic potential is almost criminally overlooked.

The huge range of Sherry styles – the appetite-stirring, salty lightness of a fino, the earthy complexity of an oloroso, the richness and finesse of a palo cortado or the silky molasses sweetness of a Pedro Ximénez (PX) – offers a world of possibilities whatever course you’re eating.

Both the Consejo Regulador of Sherry and Sherry UK are promoting Sherry’s food pairing potential in a big way at the moment. In fact, it’s one of the key selling point in their marketing strategy, which is all about ‘deseasonalising’ Sherry – in other words, convincing consumers that Sherry is a drink to enjoy on many different occasions.

A whole section of sherry.wine is devoted to gastronomy, with a wealth of recipes and pairing suggestions designed to stir appetites and stimulate palates.

6. Hate one Sherry, hate them all 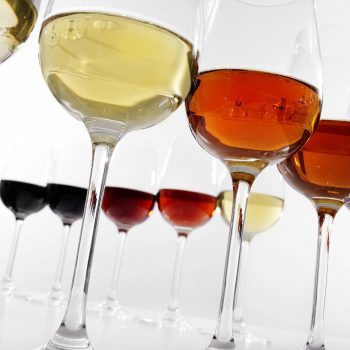 When you consider that there are 10 basic Sherry styles – manzanilla, fino, amontillado, oloroso, palo cortado, pale cream, medium, cream, moscatel, Pedro Ximénex – a range of sub-styles – witness the emerging trend for ‘raw’, unfiltered en rama Sherry – and then on top of that the house style of the producer, there really is a lot to choose from.

Each of these styles has its distinctive character and the whole Sherry catalogue covers a broad flavour spectrum, from the refreshingly light, saline, chamomile-scented manzanilla to the syrupy molasses-rich PX. If you don’t like dry, cream offers a range of sugar levels; if you don’t like the richness of oloroso but don’t have a taste for ‘austere’ finos either, there’s always amontillado.

The best way to discover the wonderful variety of Sherry is by pairing it with different foods. We defy anyone to try a fino Sherry with some Iberico ham and not enjoy it. Except perhaps vegetarians.

It’s hard to imagine that anyone could ‘hate’ a Sherry at all, but hate all of them? Impossible.

Any Sherry-curious Brits would be well advised to attend one of the Sherry Wines UK promotional events this year. At each event Sherry Wines UK will be inviting consumers to take the #SherryChallenge to find a style to suit their palate.

Events take place in London with the Three Wine Men, on 17-18 June, and with The Wine Gang on 25 June. There are also a string of events taking place across the UK in September and November. Click here for further details.

7. Opened Sherry bottles last for ever 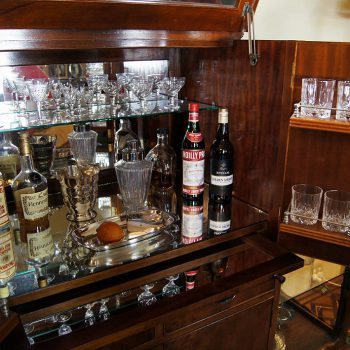 There are likely to be a few people out there who have left a bottle of fino or oloroso in their drinks cabinet and forgotten about it, only to return to it a year late and find it’s become rather dead.

Fino and manzanilla styles of Sherry don’t last long. To enjoy it it its best, keep it in the fridge for up to one week. Older, more mature styles – whether fino or oloroso will be good for considerably longer – 1 to 2 months.

Sherry may be a fortified wine but it is still a wine, therefore it should be stored as such.

8. Manzanilla is salty because of the sea air 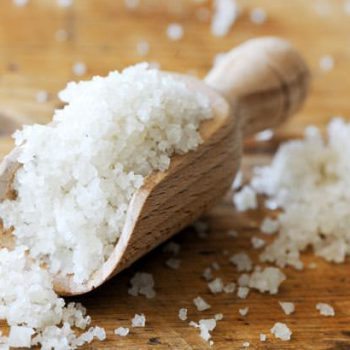 Just as its neat to attribute the ‘chalkiness’ of a Chablis or the flintiness of a Mosel Riesling to the influence of the soil, it’s nice and poetic to associate the saltiness of a manzanilla to the sea air around the vineyards in Sanlucar de Barrameda.

In fact it has more to do with the flor – that film of yeast which sits on top of the ageing Sherry and imparts its special flavours. Owing to the more favourable climatic conditions closer to the coast, the flor in the (manzanilla) fino Sherry barrels of Sanlucar is thicker than that in the rest of the ‘Sherry triangle’. This contributes to a more distinct saline quality in manzanilla wines.

9. It’s one designation of origin (DO) 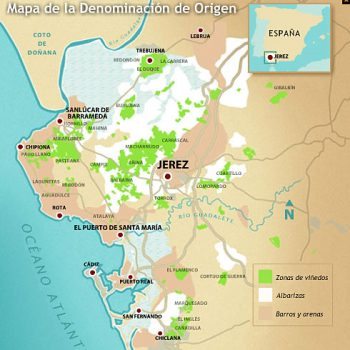 Actually it is three.

In 1933 the Jerez Denominación de Origen was the first DO to be officially recognised in Spain, as DO Jerez-Xeres-Sherry. It covers all sherry wines except…

…manzanilla, whose production is governed under the DO Manzanilla Sanlúcar de Barrameda.

In addition, in 1994 Sherry vinegar achieved DO status as DO Vinagre de Jerez. 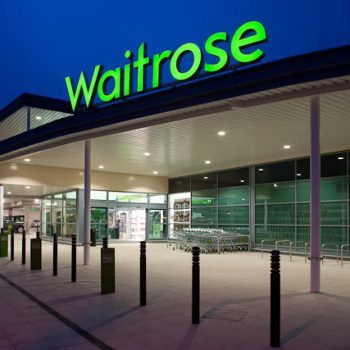 Not true. While your average supermarket may not stray much beyond the (still pretty good) staples of Tio Pepe and Harveys Bristol Cream, there is certainly a growing interest in the category. Waitrose leads the way among the multiples, with its excellent range of more than 30 Sherries, while independents are increasingly looking to boost their Sherry offering.

The evangelism of the wine trade has been present for a long time now, while a curious new generation of drinkers is beginning to find a context for the Sherry. There can be few other wines that offer such age and complexity for the price. Across the board, Sherry offers this extraordinary value, and while it’s the premium end where things get really exciting, a chilled fino costing around £6 per bottle provides an excellent starting point.

Given its almost incomparable quality/price ratio, it’s high time that retailers started to shout about Sherry.