Sherry is having a moment in London. 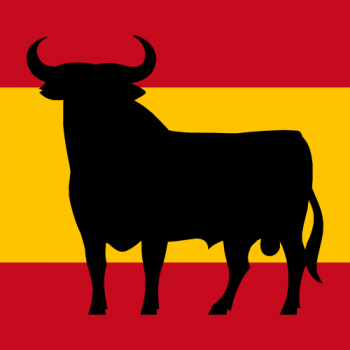 No longer the preserve of grannies at Christmas, a slew of new bars are helping to inject a dose of much-needed sex appeal into the category, and the once derided fortified wine is swiftly emerging as the capital’s post-work tipple of choice. The beginning of the boom can be traced back to March 2010, when London got its first Sherry bar – Bar Pepito – a tiny slice of Andalusia in King’s Cross, backed by González Byass.

Pioneering Pepito was the litmus test and its success seems to have spurred others to follow. The recent Sherry boom has profited from London’s exploding tapas scene, fuelled by an insatiable appetite for sharing plates. Running the flavour gamut from bone dry to tooth-tinglingly sweet, connoisseurs have been championing Sherry’s food matching credentials for years. Read on for our top 10 tapas bars leading London’s Sherry revolution. 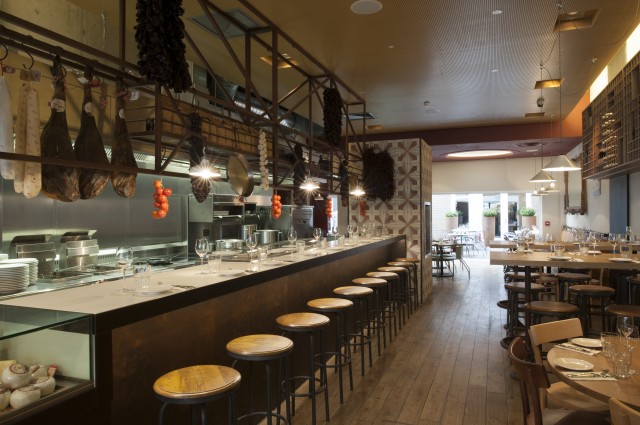 Named after a wind that blows across the Spanish Mediterranean coastline, this homage to Catalonia – a fourth site for the ambitious Brindisa group, has breezed into Shoreditch replacing vegan restaurant Saf. Rusticity sets the tone, with a muted brown colour scheme and strings of onions hanging over the stainless steel open kitchen. Tramontana celebrates the food of the Spain’s east coast, with sharing bowls of single estate rice loaded with either lobster, Ibérico pork ribs, or wild mushrooms.

Fish also pops up in warming plates of pasta with cuttlefish and flame-roasted garlic aioli, and cured fillets of bonito tuna, while the charcuterie, cheese and traditional tapas offerings, like tortilla and patatas bravas, are top-notch. Desserts take an unusual turn with the likes of Ibizan curd cheese tart with mint and star anise. On the Sherry front, all styles are represented, from José de Soto Amontillado to Fernando de Castilla Classic Cream. 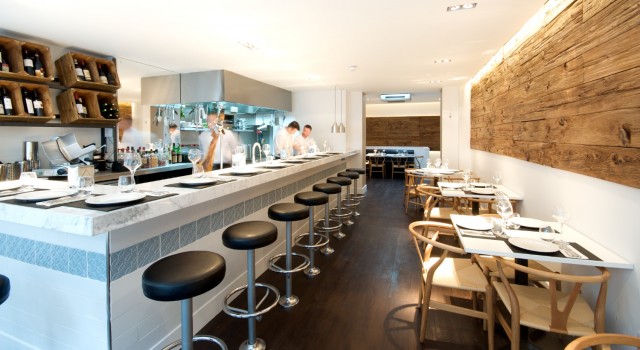 The maiden venture of Barrafina alumnus Tomasz Baranski, Donostia is housed in a light, bright space in Marylebone, with a long bar set around an open kitchen taking centre stage. Based on the tapas bars of San Sebastián known for just one speciality, Donostia’s offering is more diverse, though no less accomplished. Pintxos such as Sherry-glazed foie gras are small but delightful, while larger tapas range from crispy squid and tender pork in umami-rich romesco to spinach and salt cod stuffed tortilla, which is every inch as good as Barrafina’s.

For a front row seat to the action, arrive early and perch at the bar. A major building block of Basque cuisine, cod cheeks come in a piquant pil pil sauce laden with garlic. The Sherry list is small and perfectly formed, boasting the likes of Herederos de Argueso San Leon Manzanilla Pasada and Hidalgo Gobernador Oloroso served in copas. 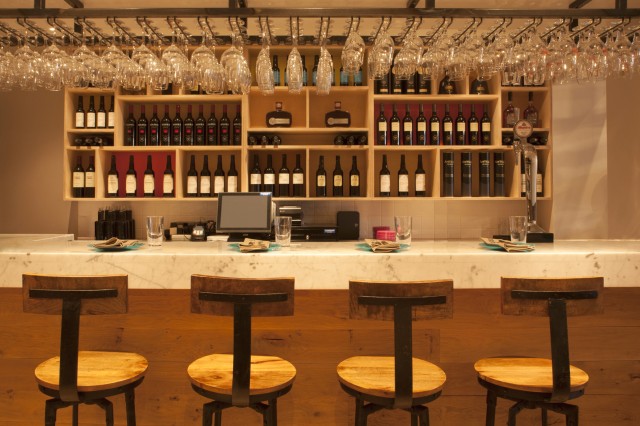 The latest addition to London’s vibrant Sherry scene is Rosita, a sister venue to Battersea-based Spanish restaurant Lola Rojo. Opening last month, Rosita is run by husband and wife team Antonio Belles and Cristina Garcia. The duo have decided to stay close to home, setting up Rosita a stone’s throw down the road from their flagship. Rosita’s Sherry offering is substantial, with 25 different wines, from the likes of Equipo Navazos, Gutierrez Colosía and Emilio Hidalgo on pour either by the glass, bottle or as part of a tasting flight, along with a number of guest Sherries on its ever-changing specials board.

The tapas menu, boasting dishes like crispy aubergine, cockles in Sherry vinegar, potted crab and jamón Ibérico, features Sherry pairing suggestions, but for those with a hefty appetite, dishes such as grilled octopus, whole squid and pork pintxos are available via the bar’s centerpiece, a Catalan charcoal oven. 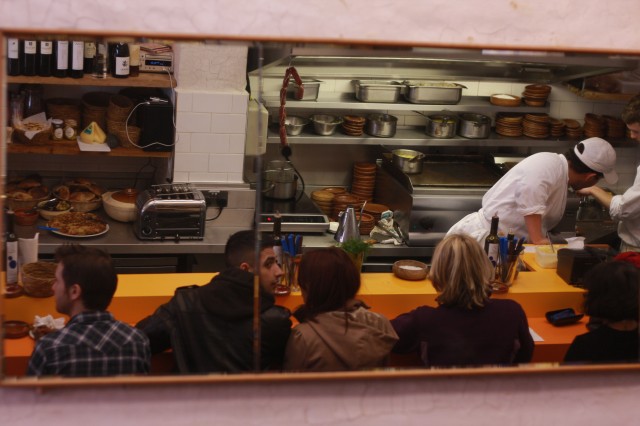 A snappy sister operation to its big brother Moro in Exmouth Market, run by husband-and-wife duo Sam and Sam Clark, Morito puts Sherry on a pedestal by serving the likes of La Goya Manzanilla and Viña AB Amontillado in traditional copas while all other wine comes in tumblers. Boasting a bright orange Formica bar spanning the length of the restaurant offering views into the open kitchen, Morito caters for those in need of a quick fix of moreish morsels.

Influenced by southern Spanish, Turkish and Moroccan cuisine, the menu scores well with seafood, from prawns in alioli, salt-cod croquetas and deep-fried baby squid to scallops in Albariño. Holding up the meat end are delights like pork belly with cumin and lemon, while Morito shows off its Moorish roots with cameos from the likes of beetroot borani with feta and walnuts, and cinnamon-spiced lamb with aubergine and pine nuts in a chickpea purée. 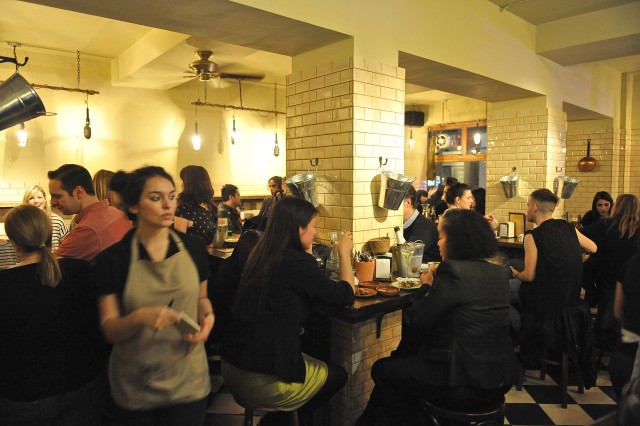 The thick and creamy ajo blanco meanwhile, a puréed garlic and almond soup served cold with chunks of beetroot, peanuts and fresh dill, has become a house classic. Copita’s laid- back staff are fired up about their impressive Sherry list. As the name suggests, all 15 Sherries are available by the glass, from Fernando de Castilla Antique Fino, to Hidalgo Triana Pedro Ximenez, via Lustau Arcos Amontiallado. 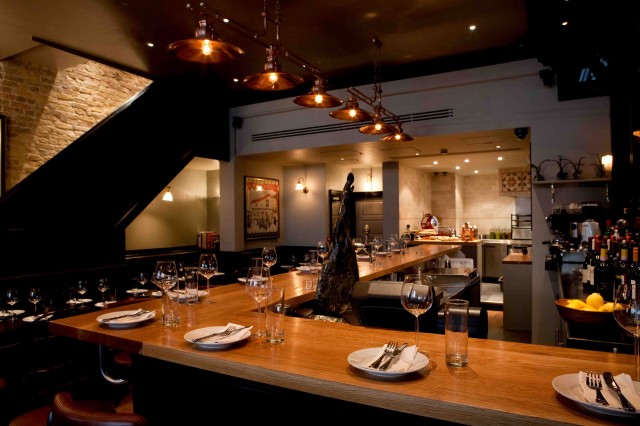 This popular theatreland tapas bar run by affable duo Simon Mullins and Sanja Morris has much in common with its older siblings, Salt Yard and Dehesa, from top-drawer Sherries to signature dishes such as stuffed courgette flowers drizzled in honey, truffle Pecorino, crispy pigs ears, and the now iconic miniature Ibérico pork burger made with minced foie gras and topped with melted Manchego. Set across two floors in a converted 19th century thespian pub, taking centre stage on the ground floor is an open grill making smoky chorizo burgers and juicy lamb cutlets.

Upstairs, an array of innovative sharing plates are on offer, from crispy soft-shell crab to chargrilled salt marsh lamb with wild garlic and goats’ curd, along with tapas classics including tortilla and patatas bravas. Keen to flag up Sherry, OT boasts 10 by the glass, starting at £4.50, from La Guita Manzanilla to Sanchez Romate Palo Cortado. 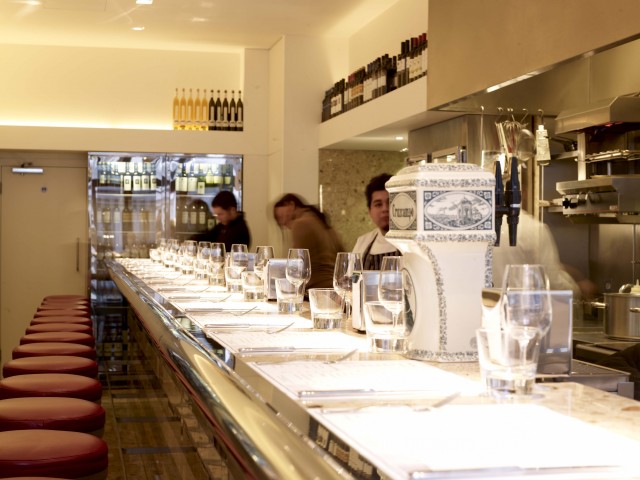 A slick Soho sister to half-Spanish brothers Sam and Eddie Hart’s hugely successful Fino, this buzzing tapas bar is on the money. Customers can watch their tortilla being flipped in the open kitchen from the comfort of one of the stools at Barrafina’s gleaming stainless steel bar. Seafood, including razor clams, baby red mullet and mackerel, is kept ultra-fresh on ice. The menu also offers tapas stalwarts such as morcilla with fried quail’s eggs, pimientos de Padrón, tortilla stuffed with prawns, gambas al ajillo, creamy ham croquetas and grilled quail.

Careful sourcing of ingredients, especially seafood and cured meats, is the secret to Barrafina’s success. The same attention to detail is paid to the Sherry list, featuring Hidalgo Pasada Pastrana Manzanilla and Valdespino Tio Diego Amontillado. Packed from lunch to last orders, the only problem is securing a stool, though staff deal with the constant flow of human traffic adroitly.

The bar serves a daily tapas menu where classics such as chorizo, tortilla, croquetas, razor clams and patatas bravas jostle for attention with more inventive dishes like pluma Ibérica pork served rare and pork belly slathered with sheep’s cheese. Pizarro has just launched a series of Sherry and food matching masterclasses for everyone from diehard Sherry fans to novices. Friendly staff work the crowd with aplomb, but arrive early to secure a seat. 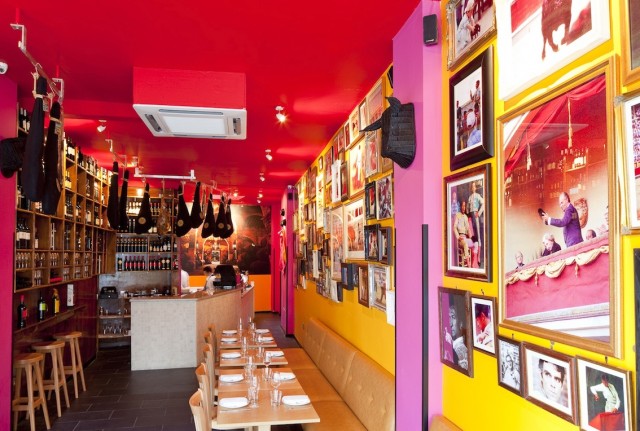 The fourth site in Spanish restaurateur Abel Lusa’s ever expanding empire, this colourful Sherry bar on Old Brompton Road is just three doors down from sister restaurant Cambio de Tercio. Painted saffron yellow and hot pink to echo the colour of a matador’s cape, Capote y Toros is unashamedly Andalusian, from the flamenco music belting out of the speakers to the black-and-white bullfighting photos splashed across the walls.

While small in size, the bar boasts the largest Sherry list in London, with over 50 available by the glass and 100 by the bottle, from Lustau and Hidalgo to the achingly hip Equipo Navazos, along with a selection of fine and rare Sherries bottled exclusively for the bar from specially selected butts. Unsurprisingly, Sherry features prominently in the cooking, from chunks of chorizo braised in fino and moist meatballs cooked with palo cortado, to foie gras shavings drizzled with Pedro Ximénez. 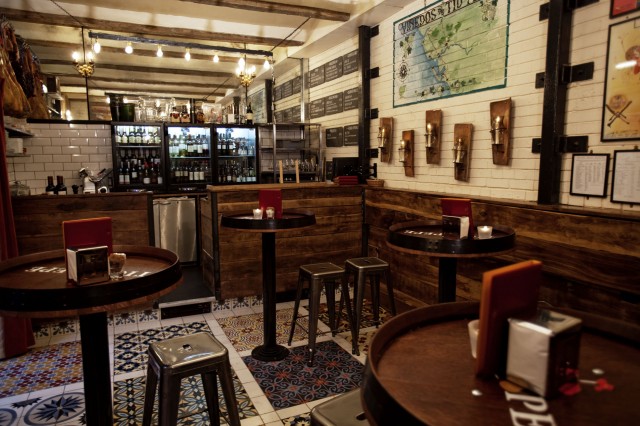 Keeping the list deliberately short so as not to intimidate novices, nine of the 15 Sherries on offer are from González Byass, which has partnered with Bigg on the project from the beginning. While fino and manzanilla are the best selling styles, palo cortado is proving increasingly popular. The bar offers six flights of three 50ml measures, including the oloroso-based “Glorioso” and the PX-fuelled “Decadencia”. Accompanying the wines is a tapas menu, where each dish, from jamón Ibérico and ewe’s cheese to chocolate covered figs, comes with a Sherry recommendation.