With a rich heritage, stunning architecture and rolling hillsides to explore, Champagne has more to offer than sparkling wine, as our round up of its top attractions shows. 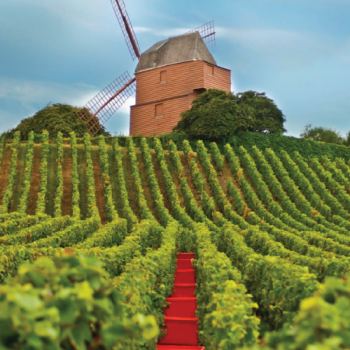 As the world’s foremost authority on fizz, the region attracts many ardent wine lovers keen to take in its rolling hillsides and sample its cuvées. However its recent inclusion on Unesco’s World Heritage list is likely to amplify interest in the region further.

Unesco – the global organisation which recognises and protects sites of historical, geographical and cultural significance – confirmed Champagne’s arrival into its ranks as a World Heritage site last year. The listing covers vineyards around Hautvillers, Aÿ and Mareuil-sur-Aÿ, as well as Saint-Nicaise Hill in Reims and the Avenue de Champagne and Fort Chabrol in Epernay. Together, these encompass the region’s key vineyard sites, its network of underground cellars and the houses that manage Champagne’s production and sales. Other landmarks featured on the list include Australia’s Great Barrier Reef, Egypt’s Pyramids of Giza, and wine regions including Piedmont, which was added last year, the Mosel in Germany and Tokaj in Hungary.

Typically, the numbers of tourists visiting a region surge following a Unesco listing, so for the wandering oenophile what does Champagne have to offer?

Click through for a taste of its top attractions, including historical sites of interests, gothic cathedrals and lakes… 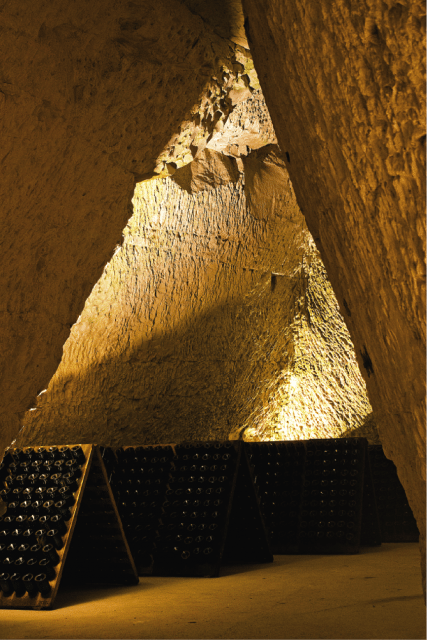 One of the region’s most unique qualities is its chalk crayères, which stretch beneath the city of Reims. Dug out in the 13th and 14th centuries to help build the city’s defensive rampart walls, the crayères’ ability to maintain a constant temperature of between 11-12° and humidity of around 90-95% made them a perfect place to age Champagne. Nicolas Ruinart was the first to take advantage of the city’s vast chalk caverns, acquiring cellars in Saint-Nicaise Hill in 1768 – an area south of Reims riddled with chalk quarries linked together by tunnels.

Today, there are around 200km of cellars and chalk tunnels running beneath the city of Reims, housing millions of bottles of Champagne. Among the houses that occupy crayères are Champagne Vranken Pommery, Taittinger, Veuve Clicquot, Ruinart, Charles Heidsieck and G.H. Martel. The largest are at Veuve Clicquot, which stretch for 24km, while those of Ruinart are the highest, reaching 50m below the ground over three levels. 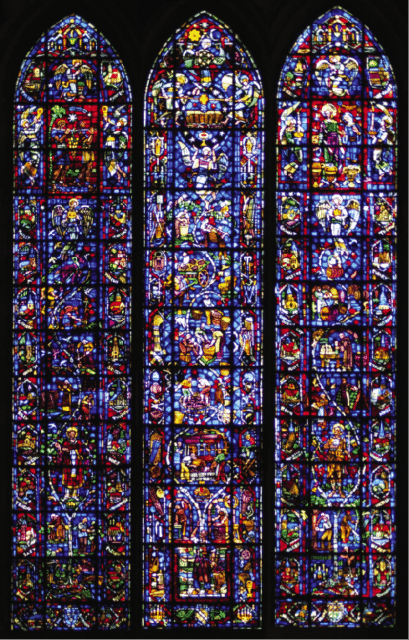 Considered to be the hub of Champagne’s tourism trail, Reims is a bustling city with direct train links to Paris, making it the first port of call for many travelling to the region. By all means make a beeline for one of several Champagne houses, which lie on its outskirts, but don’t miss out on visiting the city itself, which is packed with hotels, restaurants, shops and sites of cultural and historical interest. Its most stunning feature is Reims Cathedral.

Built in 1211 on the site of a former church, Reims cathedral has been witness to a number of historical events, including the coronation of Charles VII in 1429, the Hundred Years War and Charles VI’s coronation. Upon the outbreak of the First World War it was used as a makeshift hospital. Thereafter the city was bombed for nearly four years, with over 80% Reims, including much of its cathedral, destroyed. Restoration to the cathedral began in 1919, with it reopening in 1938, however work to repair and preserve the building continues to this day. 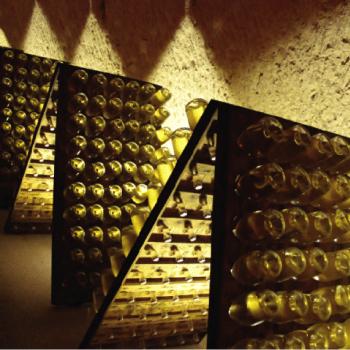 No visit to Champagne would be complete without tasting your fair share of Champagne, and that means visiting the plethora of Champagne Houses from Reims and Epernay to the Marne Valley, Côte des Bar and Coteaux Vitryats. While different houses offer varying degrees of access, many offer tastings and cellar tours.

Highlights include Champagne Taittinger, Champagne Canard-Dûchene, Moët & Chandon, Champagne Lanson and Champagne Vranken Pommery, all of which offer dedicated cellar tours and tastings. It is advisable to check which houses are open to the public before you arrive, and book ahead where possible, as many do not accept walk-ins. The Comité Champagne lists every winegrower, Champagne house and co-operative in the region on their website. Visit their site at www.champagne.fr 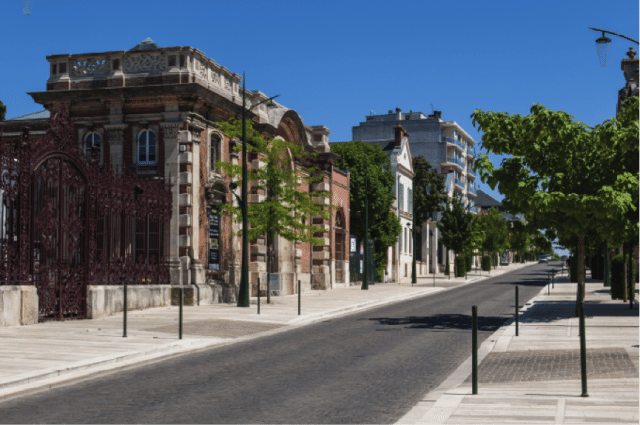 Known by many as the “Champagne capital”, Epernay is surrounded by vineyards and is home to some of the region’s biggest houses, including Moët and Chandon, Pol Roger and Perrier Jouët. Its centerpiece is the Avenue de Champagne, a stretch of road colonized by Champagne merchants at the end of the 18th century. The first Champagne house opened in Epernay in 1729, founded by Nicolas Ruinart, with Moët & Chandon arriving in 1743. Underground, the Avenue de Champagne boasts a 110km network of cellars, dug out from the end of the 18th century and throughout the 19th.

Previously known as Rue du Commerce, the Avenue de Champagne became an important economic hub with other Champagne houses, including Perrier Jouët, de Venoge, Mercier and Pol Roger setting up there. Today it is home to a concentration of vineyards, industrial buildings and cellars as well as opulent 19th century buildings built in the Renaissance and classical style. It is also home to Fort Chabrol – a winemaking research centre owned by Moët and Chandon. Set up by Raoul Chandon Briailles in the wake of the phylloxera disaster, Fort Chabrol helped give producers the means to fight back against the pest. Since 2012 the building has been registered on UNESCO’s World Heritage List. 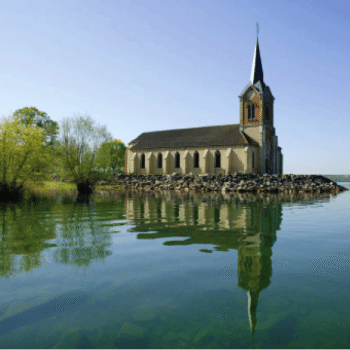 After exploring the cellars of Reims and Epernay, a visit to Lac du Der offers a tranquil escape. Europe’s biggest reservoir, Lac du Der was built in 1967, filled in 1974, and stretches across a 48km square area. It has become a particularly important stop-off for migrating water birds, drawing birdwatchers from all over Europe.

Its shoreline meanwhile covers a distance of 77km offering a range of watersports. Its surrounding countryside of meadows and hedgerows makes it an idea spot for walking or cycling.

6. The Abbey of St Peter, Hautvillers 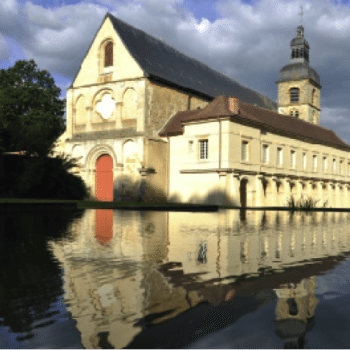 Located in the Marne Valley south of Reims, The Abbey of St. Peter was founded in 650 by the Archbishop of Reims, Saint Nivard. However oenophiles will be most interested in its past as the former home of Dom Pérignon – a Benedictine monk who did not invent sparkling Champagne, but played a key role in its early development. After being destroyed during the French Wars of Religion (1562–98), the Abbey at Hautvillers was rebuilt and replanted its vineyards. By 1661, the Abbey had 10 hectares of vineyards, and was producing wine using its own grapes and those from nearby villages including Ay and Avenay-Val-d’Or.

Paving the way for modern day Champagne, Dom Pérignon was the first to advocate using a blend of the region’s grapes, favouring Pinot Noir. Pérignon did not allow grapes to be trodden and instead used multiple presses to minimize maceration and reduce the colour imparted by the red grape. Dom Pérignon remained at Hautvillers until his death in 1715. The remains of the monastery are now owned by Moët & Chandon and are open to the public, with the house’s prestige cuvée, Dom Pérignon, named in his honour. 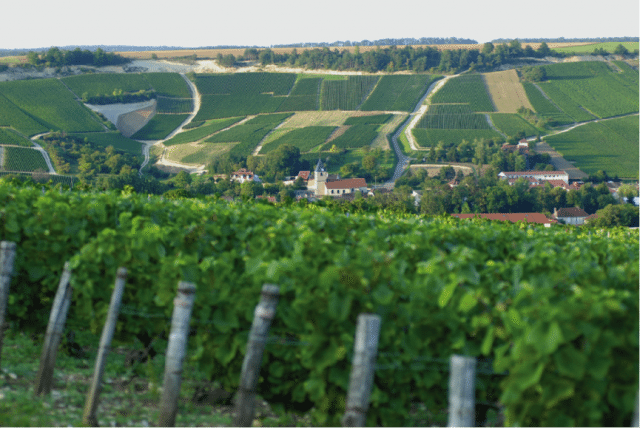 Recently listed as a UNESCO world heritage site, the hillsides around Epernay are now iconic landmarks. The Hautvillier hillsides, which surround the village of Hautvillers, are formed from chalk and topped with layers of clay and sand. The hillsides of Aÿ, which lie to the east of Epernay, have for at least four centuries been almost exclusively dedicated to vine growing. The town of Aÿ meanwhile is home to several Champagne Houses, including Champagne Deutz and Champagne Ayala.

Finally there are the hillsides of Mareuil-sur-Aÿ, which offer an expansive view not only over Épernay and the Marne valley, like the hills of Hautvillers and Aÿ, but also far eastward over the plain. The village of Mareuil is smaller than Aÿ and is most commonly associated with the Château de Montebello – a neoclassical construction with a park running right down to the Marne and walled gardens above. 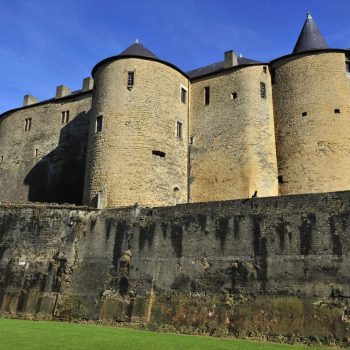 Based at the foot of the Ardennes Mountains, the town of Sedan is home to Europe’s largest fortified castle. Built in the 14th and 15th centuries, the medieval Château Fort features bastions, ramparts, and numerous towers. Visitors may take a tour of the Château Fort, which includes a museum that displaying scenes of daily life in the Middle Ages.

Each year the castle plays host to ‘Medieval Fest’, when tens of thousands of history buffs descend on the castle for a medley of medieval music, entertainment, historical reenactments, theatre and art. 2016 will mark the event’s 21st edition. 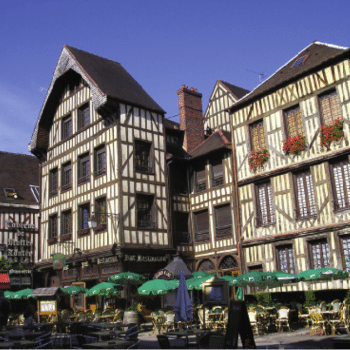 The old capital of the Champagne region, Troyes is listed as a “Ville d’Art et d’Histoire” (City of Art and History), offering culture vultures a multitude of sights to explore. Located about 100km south of Epernay, it is often overlooked by those on the hunt for Champagne, but is one of France’s finest ensembles of half-timbered houses and Gothic churches.

Among its roster of magnificent historic buildings and churches from the Middle Ages is the Cathédrale Saint-Pierre-et-Saint-Paul, a gothic cathedral built in 1208. Its façade dates from the mid-1500s, while 180 stained glass windows flank its 114m-long interior. In 1429, Joan of Arc and Charles VII stopped off here on their way to his coronation at Reims Cathedral (above). Those looking for a slice of modern art can get their fill at the city’s Musée d’Art Moderne, which is home to a collection of modern art from 1850 to 1960. Highlights include works by Bonnard, Cézanne, Degas, Gauguin, Matisse, Modigliani, Picasso, and Vuillard. 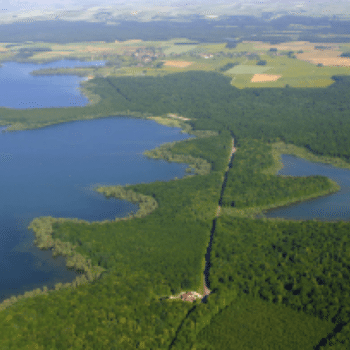 East of Troyes lies the sprawling Orient Forest Regional Natural Park – a protected area of woodland and lakes in the Champagne-Ardenne region. Covering a total area of 70,000 hectares, the area was officially designated as a regional natural park in 1970.