Gérard Depardieu resolves to give up booze

Gérard Depardieu, the eccentric French actor with a well-known love of booze, has said he is giving up alcohol, claiming that he “no longer likes drunkeness”. 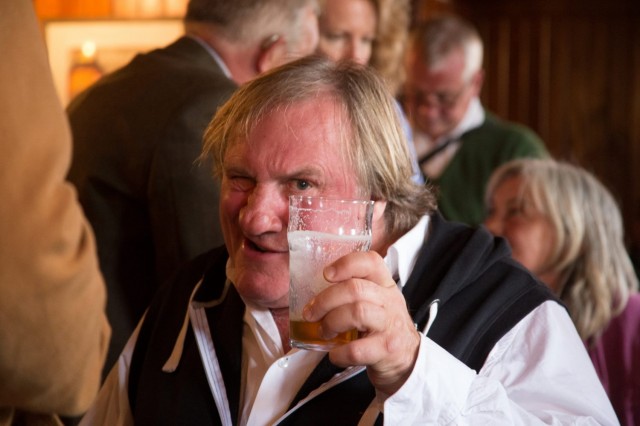 Speaking to Le Parisien, 67-year-old Depardieu is reported to have said that he hadn’t been drinking for some time now because he “no longer liked drunkeness”.

The claim will come as a surprise to those familiar with Depardieu’s love of booze. In 1997, Depardieu founded the Brasserie Des Sources brewery with acting friends Miou Miou, Renaud and Claude Berri. The beer launched in the UK in 2012. He also has a winery, Château de Tigne in Anjou in the Loire and has often spoke of his intention to launch a bio-vodka in his adopted home of Russia.

Last year the actor made the startling claim that he could drink up to 14 bottles of wine a day in an interview with So Film, during which he also revealed that he had once killed two lions in Africa “in legitimate self defence”.

“When I’m bored, I drink,” he said at the time, “apart from compulsory moments of abstinence. After bypass surgery, and also because of cholesterol and stuff, I have to be careful. I’m not going to die. Not now. I still have energy. But if ever I start drinking I can’t drink like a normal person. I can absorb 12, 13, 14 bottles per day,” he said.

The actor’s drunken antics have been well documented, which include missing a film premiere following a visit to the pub, and being “scandalously drunk” at a World War One memorial event in Brussels.

Depardieu was also arrested in November 2012 for driving while intoxicated after he fell off his motorbike.

The actor made his name in Britain for his role in the 1990 romantic comedy Green Card alongside Andie MacDowell.