EU exit a ‘leap in the dark’ for Scotch

Leaving the EU would be a “leap in the dark” for the UK food and drink industry and could put Scotch exports at risk, environment secretary Elizabeth Truss has warned. 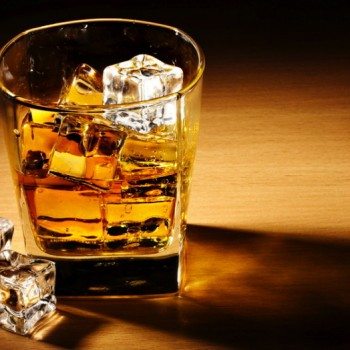 Today, Truss will meet with industry representatives for a roundtable discussion at Diageo’s Glenkinchie Distillery – home of the Edinburgh Malt distillery that supply brands including Johnnie Walker, Bells and J&B.

“Europe has a taste for Scotch and the industry will do better if we remain in the EU because whisky producers have hassle free, easy access to the Single Market of 500 million people”, said Truss ahead of the event.

“I want the industry to continue to be the powerhouse it has become across the world – boosting our economy and creating jobs. The Scotch whisky industry has strong global trade links beyond Europe in America and Asia, and their business leaders are clear that the EU single market provides the best conditions to reach even greater heights.

“Leaving the EU would be a leap in the dark for our great British food and drink industry and could lead to years of negotiations on new trade deals – with no guarantees at the end. Our thriving Scotch industry and the wealth it brings to us all through jobs and investment will be stronger, safer and better off within a reformed EU.”

The Scotch Whisky Association (SWA) has also voiced its support for remaining in the EU, warning that a departure from Brussells could put the industry’s £1 billion pounds worth of exports and the 40,000 jobs that it supports at risk.

In the event that the UK decided to leave Europe, British producers are likely to face bureaucratic barriers when trading with Europe.

“This is an excellent opportunity to meet with Environment Secretary Liz Truss at Glenkinchie – one of 117 Scotch Whisky distilleries – to explain more about the huge significance of the industry to the UK economy, and to discuss the benefits we reap from the UK being part of the European Union”, said David Frost, Scotch Whisky Association Chief Executive.

Broken down, Scotch is worth £125 per second to the UK economy and accounts for almost a quarter of all British food and drink exports, with 90% of all whisky produced in the UK exported, much of it to Europe.

Being part of the EU single market enforces common standards on labelling, certification and licensing of food and drink products, which the Department for Environmental, Food and Rural Affairs (DEFRA) says creates a level playing field which makes overseas trade easier for highly regulated industries such as alcohol. British whisky exporters also benefit from deals brokered by the European Union to trade freely with countries such as South Africa, where exports have increased by over 150% since 2004.

Diageo, the world’s largest maker of Scotch whisky, has also expressed support for the European Union.

“The single market gives us a level playing field and open access across the EU, while the EU’s clout in international trade helps to open up new markets with agreements favourable to the UK, reducing tariffs and resolving trade disputes,” said Ivan Menezes, Diageo’s chief executive.