Champagne Pommery has become the second famous maison to stake a claim in English fizz, as it announces a partnership with Hampshire wine producer Hattingley Valley. 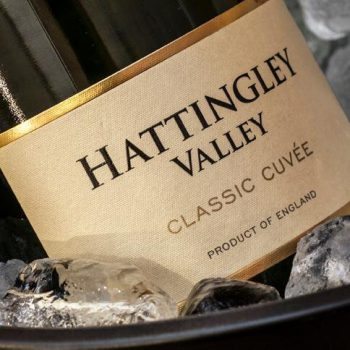 The Champagne house, which has links across the channel through its English-educated founder Madame Alexandrine Pommery, is expected to release its first English sparkling wine from the tie-up by 2019.

It has also left the option open for planting vineyards of its own in the UK, saying it is committed to a long-term investment in English fizz.

The initial partnership will see Pommery’s chef de cave Theirry Gasco selecting and blending the produce of Hattingley’s winemaker Emma Rice. It is not yet known under what brand name the wine will be sold.

“We are delighted to be working in England, a country loved by Madame Pommery and which influenced so much in her life and in her champagnes,” Paul-François Vranken, president of Vranken Pommery Monopole, said.

Madame Pommery, who took over the running of the house after the death of her husband in 1858, was educated in England, hired and Englishman as the company’s first sales director, and developed its dry Brut style to suit British palates at a time when Champagne tended to be much sweeter.

The announcement on the opening day of the London Wine Fair, the UK’s largest wine trade exhibition, marks a step up in Champagne’s influence on the English sparkling wine industry, following the news in December that Champagne Taittinger had purchased a parcel of land in Kent for the production of its own English fizz.

The 170 acres of land at Stone Stile Farm has been named Domaine Evremond. Wines produced here will not go on sale until around 2021 given that the newly planted vines will take a couple of seasons to mature enough to produce consistently high quality grapes.

Pommery will not be the last maison to invest in English sparkling wine. Other producers of the famous French fizz are eyeing up similar opportunities across the channel given the near-identical chalk soils and considerably cheaper arable land in the south of England compared with the Champagne region, centred around the town of Reims in the northeast of France.

“It is possible we will the first to market, but that is not the highest consideration for us,” Nicholas Hyde, president of Pommery UK, said.

“This is a pretty exciting project and a big challenge – it’s not an experiment but it is stepping into new territory. It’s a great adventure.”

Hattingley Valley, based in Hampshire, has won several awards in the short time it has been producing sparkling wine.

Set up in 2008, it has won the 2014 World Champion Vintage Rosé award and a gold medal in this year’s Sommelier Wine awards.

Simon Robinson, owner of Hattingley Valley, said: “For us as a relatively young producer, working with a major champagne house as highly respected as Pommery is a great opportunity from many perspectives and is a very natural fit with our existing business. We are delighted to have been chosen by them.”