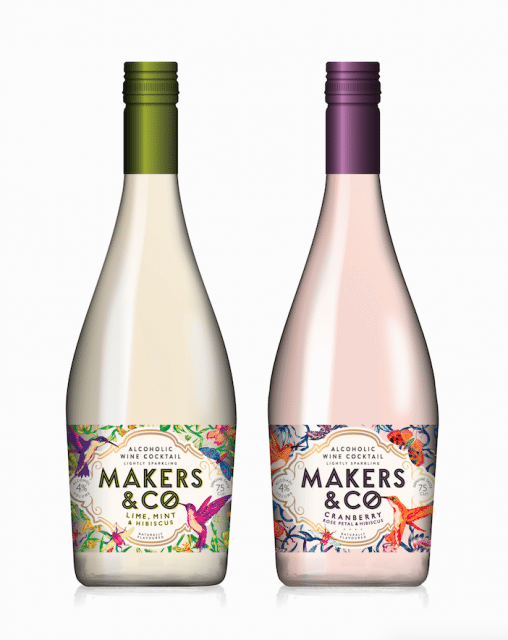 It is rolling out Makers & Co, a new wine cocktail brand that has been created with the help of Spanish mixologist.

The range is leading with known fruit flavours “for reassurance”, combined with more unusual favours that research found were likely to appeal to younger female drinkers and millenials.

Paul Letheren of Off-Piste Wines told db the drinks would take wine-based fruit drinks down a more premium angle, and also appeal to wine drinkers who want a less alcoholic option. It is going for a similar demographic to customers of Fevertree and botanical brewed soft drinks, Fentimans, he said.

“It is definitely a step up, but hopefully people will want to trade up in the category. When you are entering new territory you’re never sure it will fly, but it looks stunning and we believe it taste very good – we are using natural enzymes and flavours,” he said.

The launch will be supported by a significant PR push, with celebrity placement in consumer magazines, Letheren added.

Chris Wisson, senior drinks analyst at Mintel, said the market should be looking towards these kinds of drinks, adding that there were “definite opportunities” for premium variants of fruit wines.

“Wine in itself is a sophisticated category so gimmicky flavour innovation really wouldn’t be a good fit. Flavours such as juniper, hibiscus and mint are very adult and will add a level of credibility, which has also worked for soft drink brands such as Fentimans,” he said.

However he argued that the UK wine market continued to be very price-oriented so the brand’s success would depend on whether they hit the right price point for the ABV.

“Introductory offers are also likely to be important in encouraging people to try a type of wine which still only 10% of adults have bought,” he said. “Packaging will also be important, with eye-catching labels and clear flavour messages high up in many wine drinkers’ buying priorities.”

The market for wine-based wines has seen growth of around 290% year-on-year according to data from KantarWorldpanel, largely on the back of the success off  Accolade Wines’ Echo Falls Fruit brand, which launched in May 2014 and clocked up sales of more than a million 9L cases within a year of launching. Other fruit fusion currently on the market include Arniston Bay, which launched a wine-based fruit drink into the market in September 2013, Australian Vintage’s ‘Summertime’ range and Kingsland’s ‘Live’ brand, which launched at the London Wine Fair in 2015.