A brewery worker at craft beer brand Brewdog has been given Employee of the Month after printing ‘Mother F***er Day’ on a batch of its most popular beer without telling company bosses. 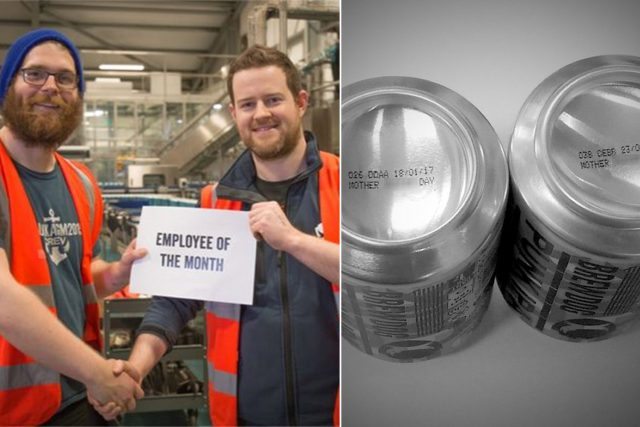 The batch of 200,000 cans of Punk IPA had to be recalled after Brewdog management were made aware when customers uploaded images of the cans on to social media.

Graeme Wallace, a packing manager at the Scotland-based company, was annoyed at bosses demanding employees “be more punk”, and decided to print the swear on the bottom of the beer cans.

Pictures of the cans have emerged from across the UK. 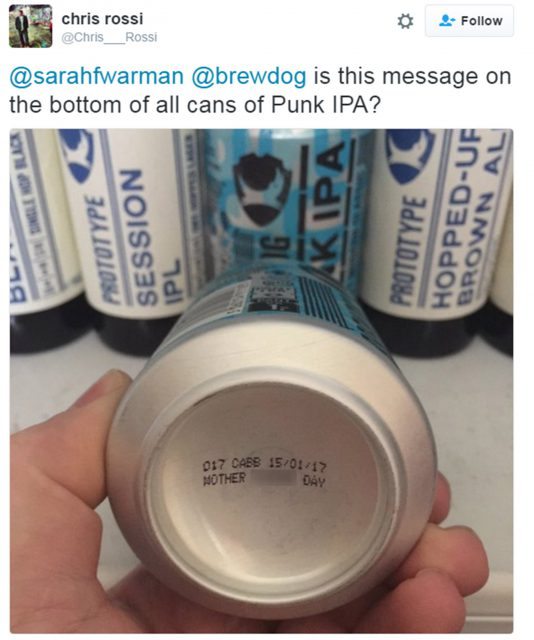 Confused customers then contacted Brewdog, alerting bosses to the prank. All remaining cans from the batch then had to be recalled at the expense of the brewery, according to reports.

However, the company seems to have found the funny side, awarding Wallace Employee of the Month.

A Brewdog spokesperson said: “At another company, someone responsible for a prank like this might have been given the heave ho. At BrewDog, Graeme was awarded Employee of the Month”.