Torres served to Obama in Cuba

Torres’ ‘Milmanda’ 2012 and Vega Sicilia Unico 2007 were among the wines served to President Barack Obama on his trip to Cuba this month. 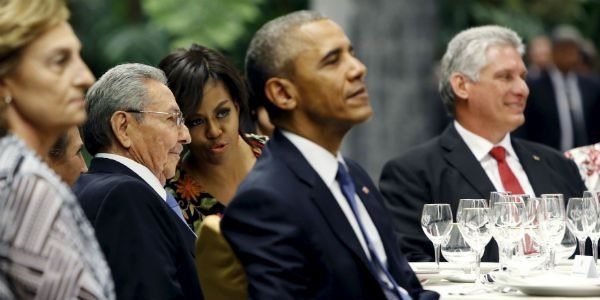 On 21 March Obama became the first US president to visit the Caribbean island in nearly 90 years as diplomatic relations between the two countries continue to ease.

At the official state dinner at the Palace of the Revolution in Havana, Cuban President Raúl Castro served his guests a selection of Spanish wines.

Torres’ Chardonnay from the Conca de Barberà DO was paired with the first course, a cream soup seasoned with ‘Caney’ rum and garnished with ham slivers.

Meanwhile, the 2007 Unico was served alongside an oven-roasted suckling pig with tamales and plantain chips.

Miguel Torres Maczassek, general manager of Bodegas Torres, explained that his great-great-grandfather, Jaime Torres, had spent most of his youth on Cuba before returning to Spain to found the winery in 1870.

“We have felt an emotional connection to Cuba ever since and have witnessed how wine culture has developed on the island.”