Charles Spence, professor of experimental psychology at the University of Oxford, is currently seeking funding to open his own multi-sensory restaurant. 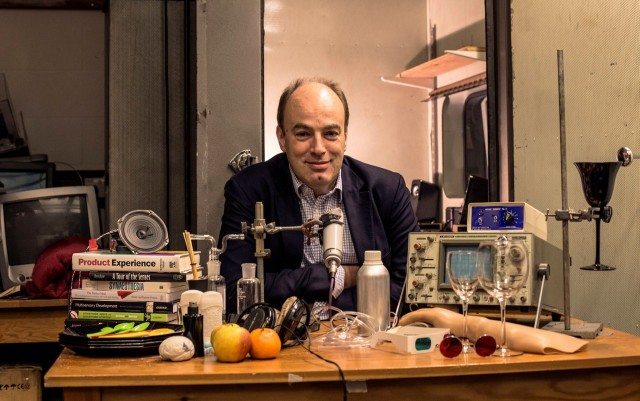 Having worked with some of the world’s best chefs, from Heston Blumenthal to Ferran Adrià, Spence is keen to put his findings into practice at his experimental site.

Speaking exclusively to the drinks business, Spence said: “I’d love it to be near my home in Oxford but everyone tells me it will need to be in London. I’m looking for funding for the venture at the moment, which will be permanent rather than a pop-up, and am hoping it will soon become a reality.”

When not serving food, the restaurant would function as a multi-sensory research lab where Spence would work with chefs, designers, composers and artists on developing multi-sensory dining experiences.

A version of his dream laboratory already exists – he works with chef Jozef Youssef at Kitchen Theory – a gastronomy design laboratory that devises multi-sensory dinners, seminars and workshops.

Spence admitted to db that it was hard to be taken seriously as a “gastrophysicist” at first as there had been so few studies carried out on multi-sensory perception.

However, in the last few years he’s witnessed an “explosion of interest” in the field among chefs, mixologists, winemakers, brewers and big drinks brands, from Havana Club to Tanqueray.

He’s developing his findings into the concept of ‘sonic seasoning’, where flavours are matched with certain sounds to enhance the taste experience.

Sonic seasoning is in play on a number of long-haul flights run by British Airways, where passengers can access musical pairings devised by Spence to complement the food and wine on offer from their in-flight entertainment system.

As for what the future holds, Spence believes in the not-too-distant future we’ll be eating insects without a second thought, sipping soup with musical spoons and enjoying tasting menus curated by famous film directors.

He also predicts that scent will be used more frequently in the dining experience to set the scene before the food arrives.

“Most creative restaurants will incorporate some multi-sensory elements in the future. Eating out should be a magical, theatrical, emotional experience. Fine dining used to be like going to a modern art gallery: you’d eat off a white plate on a white tablecloth in a hushed environment – things have moved on a lot since then,” he told db.

“There’s a growing openness towards taking a multi-sensory approach to dining because it’s fun and people are inherently curious,” he added.

For the full interview, see the March issue of the drinks business, out now.