Unlike some grapes in the Masters series for which the growing region can dictate the wine’s style, with Cabernet, it’s all about the consistent flavour of the grape. Following the drinks business Cabernet Sauvignon Global Masters last year, Patrick Schmitt MW finds there are superb expressions across the globe – and at all prices. 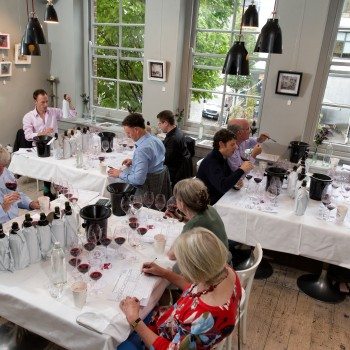 EVERYONE LIKES to catch out the expert. It’s a natural urge among those who haven’t mastered a subject to the same exhaustive degree as a peer, friend, even relation. Of course, it’s an occupational hazard for those in the wine trade: should you divulge your chosen career among pretty much any group of people, it won’t be long before you’re given a glass of something unspecified, so you can make a fool of yourself trying to guess what it might be.

But knowing the source of something is not the real skill, particularly as stylistic differences become more closely associated with viticultural or winemaking techniques than site specifics. For example, we’ve all at some point thought that a cooler climate Aussie Chardonnay was from the Côte d’Or, and rightly so – some of the best whites from Down Under show similar characteristics to the established leaders in Burgundy.
So, trying to correctly identify place is the wrong challenge. Rather, if you want to test the expert, ask them to assess quality. Now, that’s the very point of db’s Global Masters. We choose a grape that’s planted worldwide and judge the wines made from it according to their price. Essentially, we want to know if the wine is good – and good value – not if it tastes like it might be from a particular place. And to do this, we pick Masters of Wine, because if there’s one thing this study programme really hones, it’s correctly assessing wine quality – which is probably why major retailers like to have MWs on their buying team.

In a crowded wine competition arena, the drinks business Global Cabernet Sauvignon Masters stands out for its assessment of wines purely by grape variety rather than region.
Divided only by price bracket and, for ease of judging, whether the style was oaked or unoaked, the blind
tasting format allowed wines to be assessed without prejudice about their country of origin.
The wines were scored out of 100, with those gaining more than 95 points being awarded the top title of
Master. Those earning more than 90 points were given a gold, those more than 85 points a silver, and those more than 80 points a bronze.
The wines were judged by a group of Masters of Wine on 25 August at The Modern Pantry in Clerkenwell, London.

Now, we’ve been running our Global Masters for several years, so why mention this now? Well, unlike certain grapes, such as Pinot Noir or Syrah, which seem to convey the characteristics of certain growing regions, with Cabernet Sauvignon, which is the focus of this report, it is the flavours of the grape that really dominate. It seems, almost wherever its grown, Cabernet tastes of blackcurrants, has firm tannins, and varying degrees of bell pepper in the mix. But what does alter significantly is the quality level – some places are much, much better suited to this grape than others. In other words, the flavours may not change much according to source, but the balance of the components, along with their intensity, certainly do.

That means that for 2015’s Cabernet Sauvignon Masters, there weren’t many times when the judges suggested any one wine may be reflective of a particular source, aside from the odd heightened eucalypt character in a few Australian wines (some of which then turned out to be Chilean) and the occasional note of burnt rubber – an indicator, not always accurately, of South African reds.

So, by the end of the day’s tasting, the judges weren’t able to make stylistic conclusions country-by-country. On the other hand, they were able to make generalisations about quality according to source nation. Most notable of these was the excellence of Cabernet from Argentina. No-one found themselves picking up any inherently Argentine flavours, but so many of our highest scores turned out to be for Argentine Cabernet – and if one were to pick out the best-value wine of the day, it was the Waxed Bat Reserve Cabernet from Mendoza. This wine’s appealing Cabernet character achieved unanimous praise, particularly for something under a tenner (if only just), although it does contain a minor proportion of Malbec.

The success of Argentina in this tasting was certainly a surprise to our judges – who expected Chile, which also performed well, to be the better source of South American Cabernet. But the high scores for Argentine Cabernet at all prices levels – from El Esteco’s £7 Cuma Organic example to Terrazas de los Andes’s £40 Single Vineyard Cab – did support the comments in an article by Tim Atkin MW in last month’s db, which highlighted the underrated excellence of this grape when grown in Argentina.

‘The Argentine Cabernets have been a revelation’ 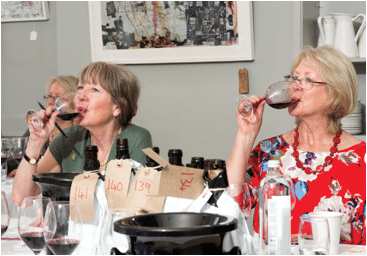 Similarly, in a discussion with db in Chile earlier this year, Aurelio Montes, who makes wine in Mendoza under the Kraiken brand, said Argentine Cabernet was “amazing” but “doesn’t have much reputation”, because, of course, the country “is labelled for Malbec”. As for the judges in the tasting, as one commented after the day was over, “The Argentine Cabernets have been a revelation.”

Nevertheless, the results did confirm the potential for first-rate varietal Cabernet from Chile at all price points and it was pleasing to see Santa Rita’s Casa Real from Alto Maipo prove itself a benchmark for brilliant New World Cab – this is one of Chile’s oldest, but least showy wine ‘icons’. Another great result also came from the Maipo, where Cono Sur, best known for the quality of its Pinots, gained a gold for its delicious 20 Barrels Cabernet, which sells for under £20 and contains a touch of Syrah.

Outside South America, Australia performed particularly well. Western Australia was well represented with golds for both Ferngrove (Frankland River) and Larry Cherubino (Margaret River), while South Australia did well too, with Bird in Hand’s Nest Egg from Adelaide Hills one of just two ‘Masters’ this year – the highest accolade achievable in the competition (Bird in Hand’s Chardonnay also gained this top award in last year’s Chardonnay Masters). Producers Mr Riggs, Australian Vintage, Wingara and Hardy’s then proved the potential for greatness with Cabernet from Coonawarra, a region capable of yielding lovely wines in a relatively restrained style, by Australian standards.

And while we tour the nations, the US once more stood out for the quality of its Cabernets – primarily from Napa, where Robert Mondavi, Silverado and in particular Jackson Family Wines and Stag’s Leap confirmed the greatness of this grape when grown in this celebrated region. But Columbia Valley also featured prominently thanks to Saint Michelle Wine Estates, which picked up a range of silvers and one gold for its Cabernets from this AVA, which straddles Washington State and Oregon.

Results were more polarising for South Africa, however. This country performed well below £10, as well as at higher price points, with in particular, Uva Mira and Ernie Els gaining good scores. Few European wines featured in the line-up, but those from Bordeaux, even from famous names, failed to impress the judges, aside from a Cabernet blend from Château Bernadotte.

As with all these tastings, there are always some stand-outs from little-known corners of the wine world; the sort of wines which really excite the judges when its revealed a high score was awarded not just to a winery few, if any, had heard of, but to a wine region that was new to them. Among these was the Skopje district, which is located in Macedonia, and source of the ‘Ten Barrels Cabernet Sauvignon’ from Château Kamnik, which was the other entry to achieve the top title of Master this year, such was the quality of the wine for the price – it costs less than £20. Then there was a lovely wine from Greece and a successful, sole sparkling Cabernet. Although this latter wine failed to achieved exceptionally high marks, it did gain a silver from all the judges and overcame their initial scepticism about the quality potential of a fizzy version of this grape. Indeed, the wine, which came from famous southern French producer Mas de Daumas Gassac, had no herbaceous element and a lovely dry, refreshing finish, allied to attractive, ripe red fruit flavours. All were agreed this was a particularly pretty wine, both in colour – it is a light rosé – and style.
As for more general findings from the day’s tasting, the judges were impressed by the overall standard of the Cabernets. With just a few exceptions, the wines showed well-integrated tannin and oak, along with balanced alcohol and little excessive leafiness or, indeed, meatiness, signalling the presence of Brettanomyces. It was also felt that there was a clear step up in quality as one moved up through the price bands, with £20-£30 declared a sweet spot for fine wine attributes.

‘Most of the blended wines blended down – I believe in blends, but you blend up’

Notably, despite Cabernet’s suitability for blending, the blended wines in this tasting did not perform better. As one judged commented, “there was nothing missing in the pure Cabernets”, while another said, “Most of the blended wines blended down – I believe in blends, but you blend up”.
Concluding, chair of the judges Sebastian Payne MW said that the tasting confirmed the supremacy of Cabernet Sauvignon as a truly global red grape for fine wine production. “Cabernet Sauvignon is the most successful red wine grape in the world and deservedly so, because it can succeed in every wine-growing region and at many price levels.”

And, wherever it’s planted, the grape always produces wines that are clearly, identifiably Cabernet.