Top 10 new products of the month

Raasay While We Wait and Borders whiskies 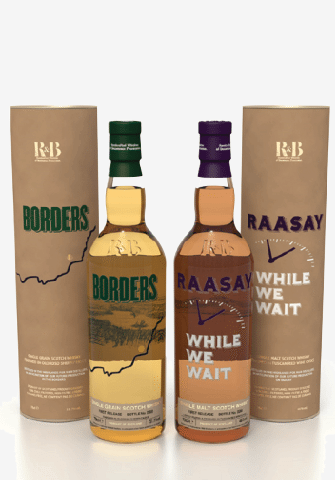 R&B Distillers has launched two ‘teaser’ whiskies ahead of the opening of two new distilleries. A distillery will open on the Isle of Raasay in the Inner Hebrides in 2016, with the new whisky brand releasing the aptly named While We Wait whisky – a preview of the whisky to come – while it is built. A 51.7% ABV single malt whisky, While We Wait, is a blend of two expressions from the same distillery – one peated, one unpeated. Its Borders whisky, which will be produced at R&B’s new distillery in the Scottish Borders, is a 46% ABV single grain whisky described as “lighter and softer in flavour” than the While We Wait, with its “smoky peat” profile. Matured in Bourbon casks and finished in oloroso Sherry casks, Borders has been produced to reflect a Lowland style of whisky.

Hallgarten has extended its range of South African wines with the addition of Lismore Estate’s Syrah 2014, made by winemaker Samantha O’Keefe. The wine was crafted with the great Syrahs of the Rhône Valley in mind and O’Keefe selects her Syrah grapes from vineyards at the base of the Riviersonderend Mountain Range, where the vines are planted in heavy schist soils with no irrigation. The combination of elevation and climate make for an extended ripening period, which is roughly three to four weeks later than the more traditional wine growing areas in the Western Cape, while extreme diurnal temperature shifts promote complexity, depth and concentration. Following fermentation, the wine is aged in wooden barrels for 10 months. Just 300 cases of the Syrah 2014 have been produced.

To celebrate the 100th anniversary of classic cocktail the ‘Singapore Sling’, Raffles Singapore has partnered with craft gin distillery Sipsmith to create ‘Raffles 1915 Gin’ – a custom gin that “evokes the essence of Raffles and the craftsmanship of Sipsmith”. The collaboration is rooted in history with Sipsmith’s co-founder Sam Galsworthy being the great, great, great nephew of Sir Stamford Raffles, the founder of Singapore after which the Raffles flagship was named. Sipsmith master distiller Jared Brown used a balance of botanicals inspired by the Malayan peninsula, such as jasmine flowers, fresh pomelo peel, lemongrass, Kaffir lime leaf, nutmeg and cardamom, with classic gin botanicals of juniper, coriander and orris root to create the commemorative gin. Raffles 1915 Gin is now available at Raffles Hotels & Resorts and in Selfridges in London while stocks last.

A French wine company has launched a range of ‘premium’ wines in slimline cans in an effort to capitalise on a growing trend for drinking wine by the glass. Launched by Winestar, the range comprises a red, white and rosé made by Pol Flandroy, winemaker at Château de l’Ille in the Corbières AOC in the Languedoc. Its Cuvée Andréas 2012 red is made from a blend of Syrah, Mourvèdre and Grenache Noir; its Cuvée Emilie 2011 white from Malvoisie, Grenache Blanc and Vermentino; and its Cuvée Alexandre rosé from Syrah and Grenache Noir. Described as “ecological and affordable”, the range is aimed at those wishing to consume wine on the go, “at picnics or on the beach”, with the 187ml serve reflecting a trend for consumption of by-the-glass wines in restaurants and wine bars.

Italy’s first dedicated whisky distillery, Puni Distillery, has launched what it claims are the country’s first single malts. Established five years ago in South Tyrol, Puni started distilling in 2012 and has now bottled two single malts: Puni Nova and Puni Alba. The distillery uses locally-sourced grain, which is distilled in Scottish copper pot stills. Puni Nova has been matured for three years in American ex-Bourbon barrels and finished in European oak casks. Puni Alba was matured for more than two years in Marsala dessert wine casks and one year in ex-Islay casks.

Cognac Renault has launched a new Limited Edition of its flagship blend, Carte Noir Extra Old, to mark its 180th year. Carte Noir Extra Old’s blend of 50 eaux-de-vie has remained unchanged since 1876. This limited edition bottling is the first time there has been a modification to the blend, aged in 40-year-old barrels for an extra 180 days. “Ageing the blend for an extra 180 days, using barrels that are at least 40 years old, has brought more intensity to the nose and more length and fullness to the palate,” said Renault’s master blender David Croizet. “The characteristic fruit and spice notes of Carte Noir Extra Old and the hallmark softness have been amplified.” 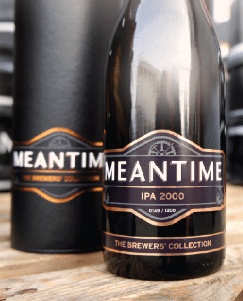 London’s Meantime Brewing Company has released a limited edition beer brewed with Champagne yeast to celebrate achieving its 2,000th beer tap listing. The IPA 2000 is part of Greenwich-based Meantime’s Brewer’s Collection and sees one of the modern brewer’s most traditional styles of beer, the Meantime IPA, combined with Champagne yeast to infuse the beer “with a delicate carbonation”. The complex and fruity flavours of the IPA when combined with the Champagne yeast allow it to develop “bready notes typically associated with sparkling wine”. Presented in a 750ml Champagne-style corked bottle, the 8% ABV beer is available from Meantime’s Tasting Rooms shop in Greenwich and online. 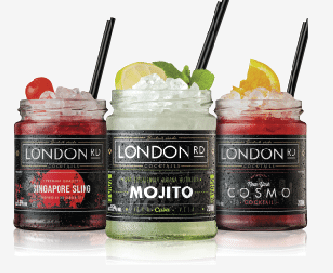 A new cocktail brand named London Rd has launched a range of Ready to Serve (RTS) classic cocktails served in jam jars. Comprising a Mojito, Cosmo and the Singapore Sling, the RTS cocktails come packaged in a jam jar, with the name a nod to the “phenomenal role that London played in the early cocktail scene”, says Simon Green, marketing director. While recognising London’s contribution to cocktail culture, the cocktails themselves celebrate their individual origins. The Cosmo label features a night-time silhouette of the New York skyline, the Singapore Sling a sun rising over the garden city, while the Mojito takes its design cues from 20th Century Cuba. The brand describes its cocktail range as having “great theatre” that is perfect for “modern time constrained consumers”. The range is currently on sale in Morrison’s. 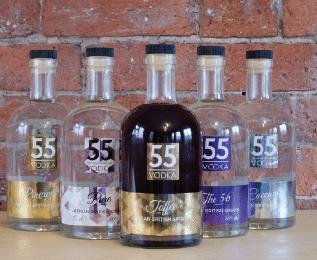 The creator of the cutting-edge software used by the UK’s leading drinks storage companies has launched his own small-batch vodka brand. Alan Gilchrist, owner of Ontech Solutions, whose Vision stock management software is widely regarded as the industry standard, has launched 55 Above – an artisan vodka brand comprising an unflavoured 40% ABV expression called Pure, a 56% ABV premium unflavoured vodka called The 56 and three flavoured vodkas; pineapple, coconut and a toffee expression. Made in Cambridgeshire with British potatoes and distilled in traditional 200-litre copper stills, the vodka comes in standard 70cl sizes and a smaller 20cl gift-pack size. 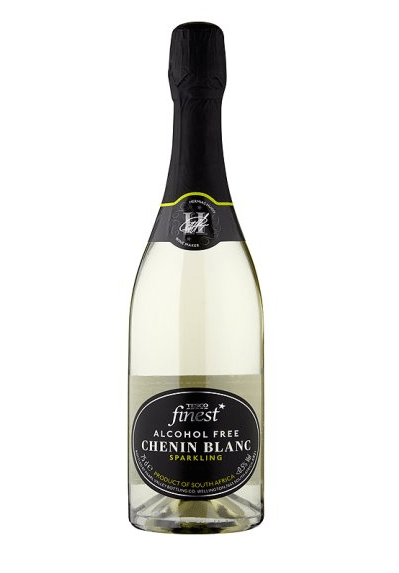 Tesco has rolled out two new non-alcoholic sparkling Prosecco-alikes under its *Finest range it says that won’t create “embarrassment” if brought to a party. The two sparklers – an Alcohol Free Pinotage Blush and Alcohol Free Chenin Blanc Sparkling from South Africa – went on-shelf nationwide in January (RRP: £2.75 per 75cl), but are being merchandised in the soft drinks aisle. Tesco said the two drinks have been fermented until “just before the point that they turn alcoholic”. Drinks buyer Tauseef Parkar said there were plenty of non-alcoholic wines on the market, but said these were the closest approximation of the real thing in terms of taste. “We believe that these new drinks, which have been developed for us, will offer those drinkers wishing to avoid alcohol the closest taste to a real glass of wine,” he said.