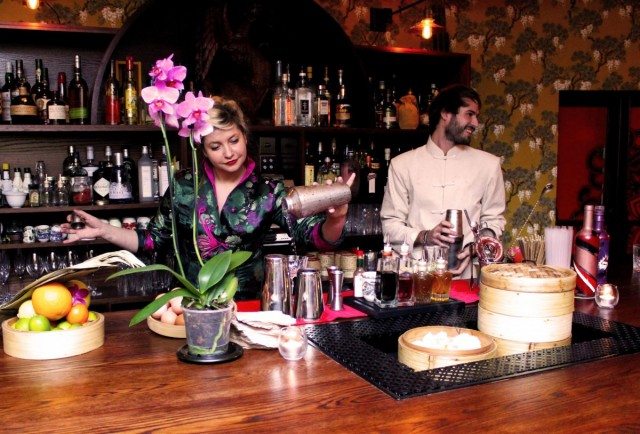 One of London’s chicest clandestine drinking dens, Opium in Chinatown, has opened a second secret bar within its maze-like interior – Peony. Named after the impossibly pretty pink flower, Peony channels Oriental exoticism and decadent opium dens with a bit of boudoir thrown in, from its blossom-filled wallpaper and hanging teapot collection to budding orchids and a Chinese dragon at the bar.

The tiny bar is run by Rasa and Julian, who serve up cocktails, punches and Champagne alongside platters of dim sum. Among the signature sips are the Peony Sour, made with Appleton VX rum, lime, honey and a tonka bean and date tincture; and the Blossoming Earth, featuring fino Sherry, Mezcal, Absinthe and raspberry leaf cordial. 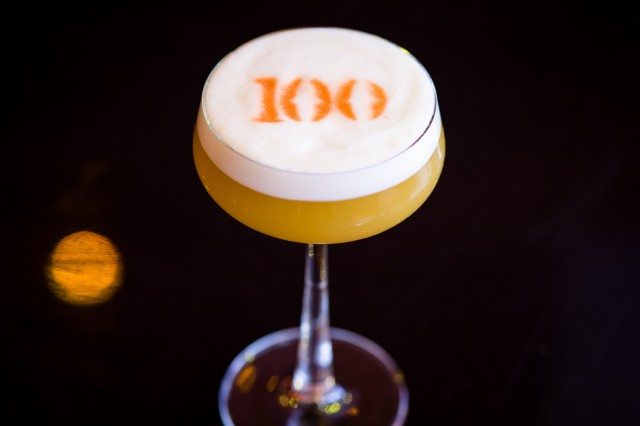 100 Wardour St has had many incarnations. Back in the swinging sixties the Soho site was the Marquee Club, where Jimi Hendrix, The Rolling Stones and Fleetwood Mac all sung live. More recently it was Cuban-inspired drinking den Floridita, which tipped its hat to the Havana original via Mojitos and live Cuban music.

Now known simply as “100 Wardour St”, the multifaceted venue offers all-day dining on the ground floor, and cocktails and live latin, funk and electro music in the basement, with parties due to stretch into the small hours given its 2am licence. Upstairs, the Mediterranean menu makes the most of a robata grill and josper oven. Downstairs, cocktails include signature sip the 100, mafe with Amaretto, lemon juice, fig and egg white. 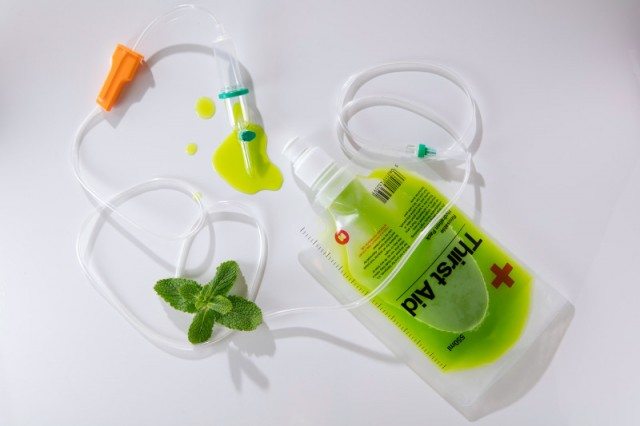 Chris Edwards and Dave Tregenza founders of quirky Brixton cocktail bar The Shrub & Shutter, have opened a second site down the road in Herne Hill with a medicinal theme. The aptly named First Aid Box serves Alchemy coffee, Jing tea and fresh juices during the day, switching to harder but still healthy poison at night. Cocktails are served in strange receptacles, from blood bags and lab measuring jugs to syringes.

Sips in the “Doctors Orders” section include the Luco-z-aid made with Patrón Tequila, Lucozade syrup, white grapes, vitamin C and a selzer. The Cucumber Sherbet Fountain meanwhile, features Grey Goose Poire, fresh cucumber, lime sherbet, cucumber sorbet and cardamom droplets. Looking after the food offering is chef Joe Knowlden, who has made heroes of lip-smacking ceviches and crunchy salads rammed with seasonal veg. 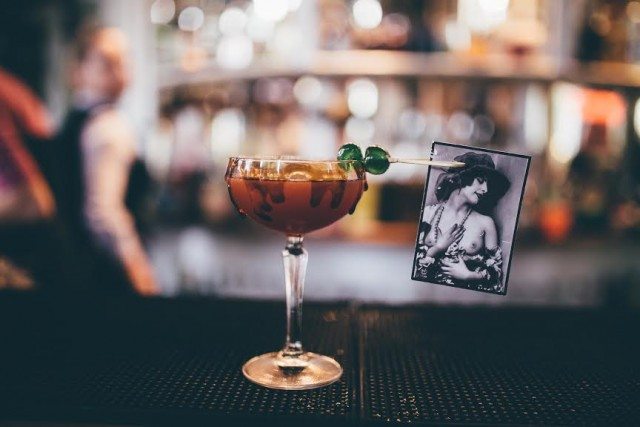 Taking a foodie approach to cocktails, drinks at Three Six Six in Battersea are divided into the five different tastes: sweet, sour, salty, bitter and umami, and the owners have recently added a Fetish Menu to the mix where cocktails include the wicked sounding Golden Shower wittily served with an umbrella, which isn’t so surprising when you notice the Victorian nudes adorning the walls.

“Twinkle, twinkle, little bat! How I wonder what you’re at!” so went the Lewis Carroll poem recited by the Mad Hatter at the tea party in Alice in Wonderland. Having named their first bar after an utterance in Carroll’s Jaberwocky poem; “Oh frabjous day! Callooh Callay!” its founders found it sweet and fitting to name their second cocktail spot Little Bat.

Choosing to set up shop in trendy Islington, the bar promises a botanical garden, floating bookshelves and a magic wardrobe in a hat tip to the Shoreditch original. Among the bewitching drinks will be the Steve McQueen, which blends Bulleit Bourbon, Martini Rosso and Luxardo; the Pan Am, made with Barcardi rum, Aperol, lemon juice, orgeat, egg white and Angostura spray; and the Pecan Manhattan featuring pecan infused Woodford Rye, Antica Formula and walnut bitters, which can be washed down with rosemary and onion Scotch eggs and Marmite popcorn. 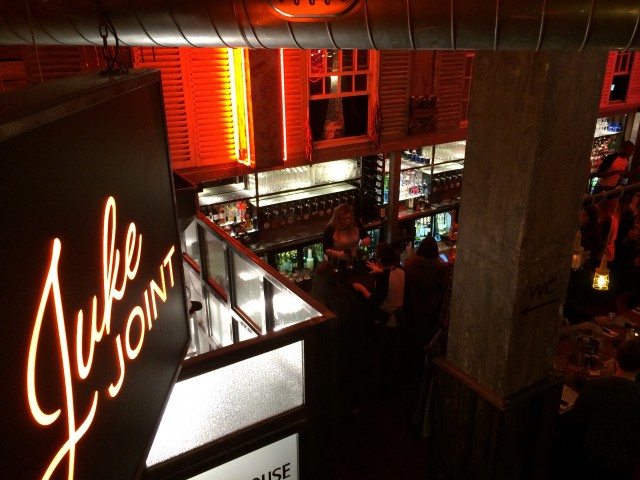 A barbeque restaurant next to New Scotland Yard sounds like something David Lynch might dream up but stay with us… Taking over The Abbey pub, Low, Slow & Juke brings a heady slice of Americana to St James’s Park via gritty industrial interiors, lashings of slow-cooked meat and killer cocktails like the Smoked Cherry Manhattan, Cinnamon Old Fashioned and Vanilla & Fig Flip. On the food front, expect the likes of chili and caramel chicken wings, cubes of deep-fried mac ‘n’ cheese, beef brisket and pickles, and St. Louis ribs. Music runs the gamut from country to Motown. 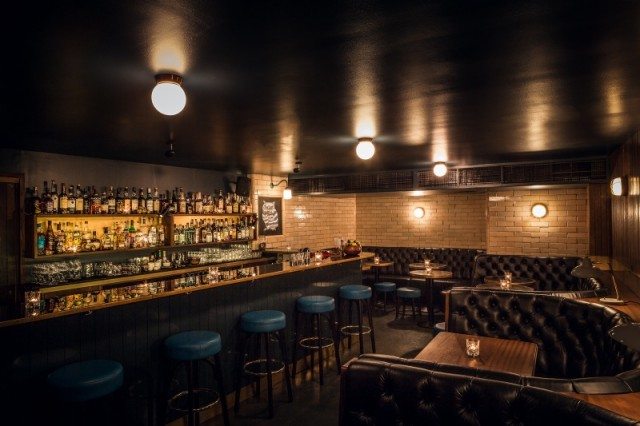 London is having a moment with bird-themed bars. We’ve had the Nightjar and Oriole and now we’ve got The Owl, a tiny 35-seater space nestled within Foxlow in Balham decked out with cosy leather booths, teal bar stools, maple tables and glazed brickwork from London Underground stations.

The menu features a ever-evolving list of 10 cocktails like Shaky Pete’s Ginger Brew, made with gin, ginger, lemon and London Pride served in a tankard; the Lamb’s Wool Punch made with cider, Yellow Chartreuse and lemon; and the wittily-titled Tom and Jerez, which blends fino Sherry, gin, lemon and pear and almond syrup. 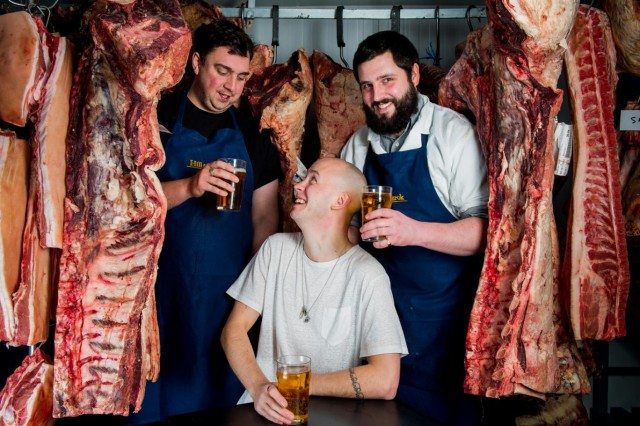 Split in two, up front is a traditional pub serving a selection of ales and craft beers, while the back boasts a chophouse serving every part of the animal, from nose to tail. They take meat so seriously here carcasses are aged on site for up to six weeks, and are turned into everything from pork rillettes and devilled kidneys to pork pies and sausage rolls. 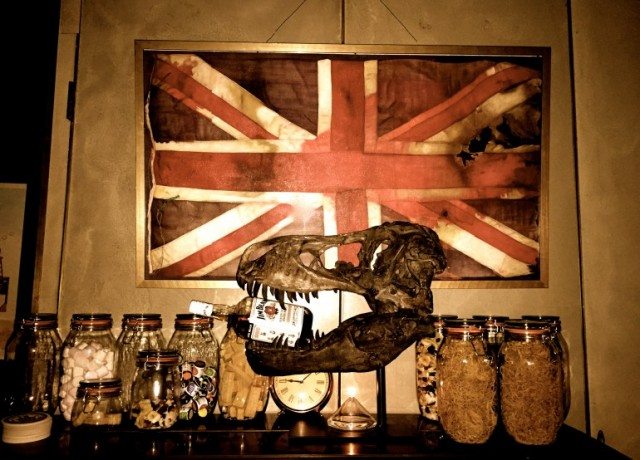 Run by friends, Andy Mil, Olly Brading and Elliot Ball, the Cocktail Trading Co started life in Soho, where it made a name for itself by serving drinks in quirky containers like soup cans, giant sweets and owl mugs. It has since upped sticks to Smithfield and is due to open a Brick Lane flagship soon.

The 400-strong back bar specialises in rare spirits like German whisky, cola liqueur and gin from the early 19th century. Brick Lane will boast its own distillery where the trio will potter about with bespoke spirits to be used in their madcap cocktails. 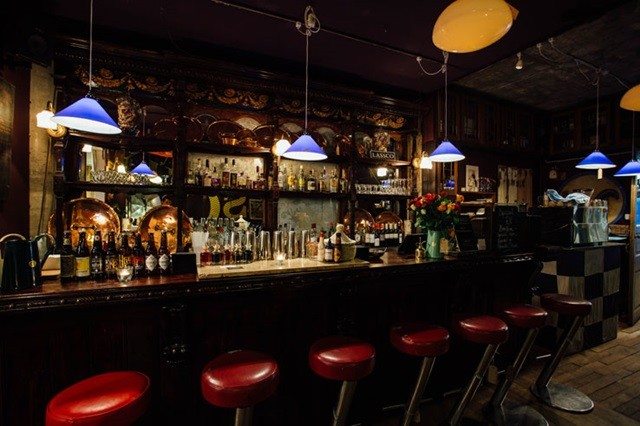 As if we needed any more reasons to love Maltby Street market, up pops the Victorian Barge Bar to make us fall in love with the place all over again. This hidden bar housed inside an architectural salvage warehouse is all electric blue low-hung lights and red leather bar stools.

Flit between the textile room and Eisenhower room and enjoy cocktails made with local drops Little Bird (made in Bermondsey) and Jensen’s gin, alongside local craft beers and boutique wines. Among the cocktails on offer are the Moorish-sounding Ottoman, made with rum, pomegranate shrub, yoghurt, egg white and sumac; and the Carpenters Cup 8, featuring Jensen’s Old Tom Gin, Punt e Mes, birch extract, tonic, cucumber and mint. 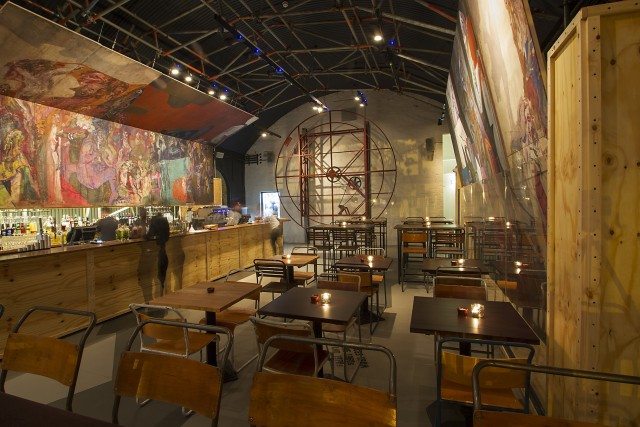 Located dangerously near db towers in a converted wartime bunker under the railway arches near Waterloo station, each of Topolski’s three arches offers a different experience: wine bar, club, and private room with table tennis and a dancefloor.

Named after Polish expressionist Feliks Topolski, an official “war artist” during WWII, works by the painter adorn the walls, ceilings and behind the bar. The space, which once served as his studio, serves tea and coffee during the day and everything from Aperol Spritz’ and Whiskey Sours to Moretti beer as the sun dips. Expect club nights on Fridays and Saturdays. 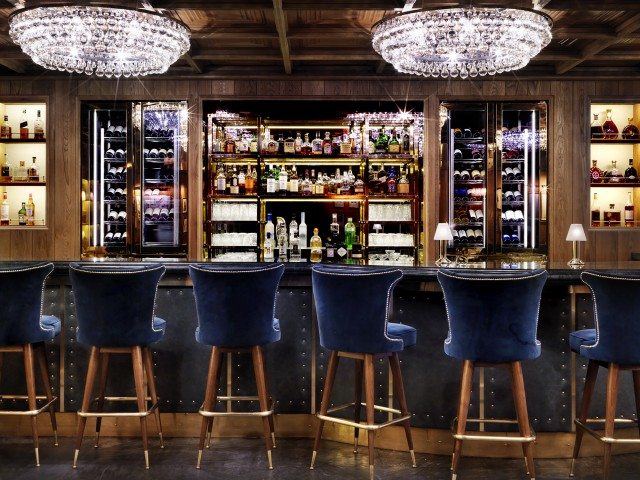 We weren’t sure what might be on offer at the dubiously titled “K” bar in Kensington, but were relieved to find the venue specialises in delicious cocktails rather than horse tranquilisers. Interiors are lush, from plush midnight blue velvet bar stools and oak panelling to glinting chandeliers.

Headed up by Ben Manchester, among the cocktails on offer are the Tahona Fizz, made with Champagne, Don Julio Blanco Tequila, and celery bitters; and the King of Queen’s Gate, which blends Chivas 12, King’s Ginger, rose syrup, marmalade and lemon juice. Those with a sweet tooth should order the Crème Brulee Martini or the Jerry’s Chocolate Orange, featuring Sailor, Grand Marnier, Mozart chocolate liqueur and orange juice. 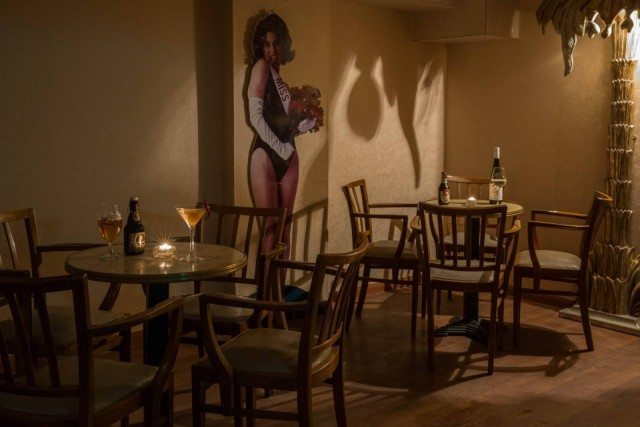 East London favourite Ruby’s has reopened in a new site below MC Motors warehouse in Dalston. The cocktail bar, which started life in 2012 in a former Chinese takeway, features booth seating and a stage area for live music. Owner Tom Gibson has kitted out the bar with design quirks like faux marble tabletops and a brass palm tree.

Among the treats on offer are classic cocktails, craft beer and wines chosen by the team at Verden in Clapton. Food has a Vietnamese accent due to a hook-up with Hanoi Kitchen, with the likes of chargrilled lemongrass lamb chops, and chilli and ginger soft shell crab making cameos.