The company has secured a long lease on the historic site which was built by the New Zealand government in 1902 as the country’s first viticulture station.

The winery’s on-site bottling plant will allow Invivo to turn out up to 12,000 bottles a day of its various wines.

The company’s cofounder, Tim Lightbourne, said: “It’s exciting to be taking over the place where Romeo Bragato made some of New Zealand’s first export wines. The guy’s a legend. Winemaker, innovator and exporter.  The history of the place, the great stories that have been documented also really appealed to us.

“This is a piece of Southern Hemisphere wine history, so it’s great that we can continue the winemaking story there and it won’t be used for any other means or property developments.”

Invivio winemaker, Rob Cameron, added: “We plan to respect the historic features and history of the winery but also add extra capacity to support our growth plans. We are honoured to keep this historic winery operating and continue the legacy, when otherwise it would’ve had to close its doors.”

In the early 20th century the winery was headed by viticulturist Romeo Bragato. In 1908 he sent six wines to the Franco-British Exhibition in London, where five of them won gold medals – the first ever international medals awarded to wines from New Zealand.

In World War 2 a huge still, that is still there to this day, was installed to make medicinal alcohol.

From the 1990s to 2007 it was home to Rongopai wines and most recently it has been operating as a contract winemaking and bottling plant.

In 2015 Invivo collaborated with UK chat show host Graham Norton to create a New Zealand Sauvignon Blanc. The 2016 vintage of that brand is likely to be among the first wines made at the site. 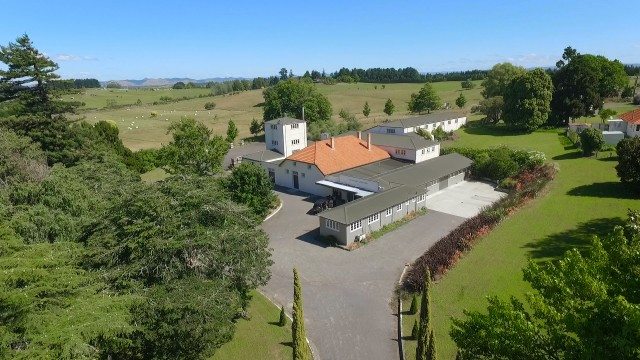