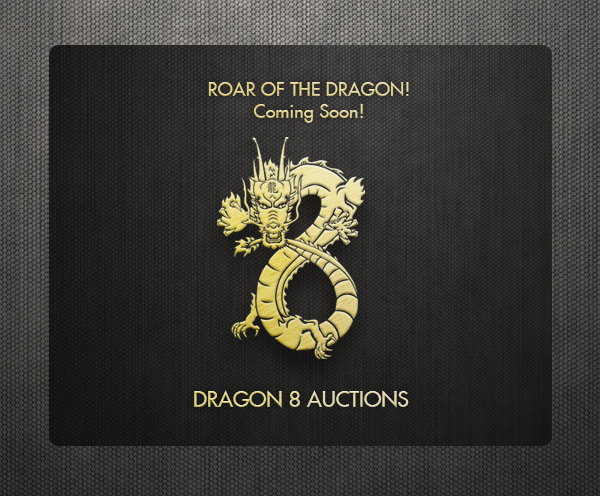 Posting on Wine Beserkers’ forum yesterday, 9 February, Cornwell said he had found a connection between Dragon 8 and a wine broker in Denmark with connections to convicted fraudster Rudy Kurniawan.

This broker, says Cornwell, was the true source of some if not the majority of wines Dragon 8 said had been consigned from the cellar of a Swedish nobleman at its inaugural auction last year.

In response, Dragon 8’s founder Gil Lempert-Schwarz has told the drinks business the accusations are “pure fiction and misrepresentation”.

He did, however, admit that Meier-Axel’s company Weinart Copenhagen had been “logistics partners” for Dragon 8 as “operations were brought up to speed” but that the partnership had come to an end “quite naturally” when its services were no longer needed.

The issue first arose ahead of Dragon 8’s first auction in Hong Kong on 21 November last year with wines it claimed in its sale catalogue came from the aforementioned “Swedish Nobleman’s Cellar”.

Ahead of the auction Cornwell, once again posting on Wine Beserkers, raised doubts about the provenance and authenticity of several lots which he said had in fact been sourced from a wine broking firm called Weinart Copenhagen owned by Kristoffer Meier-Axel and the back story of the “Swedish Nobleman” was a “fairytale”.

A total of 15 lots were withdrawn before the auction and Dragon 8 formally denied the accusation.

However, Cornwell has now claimed to have dug further and discovered through an examination of the Hong Kong Companies Registry that Weinart Copenhagen, through a holding company, was listed as a 30% shareholder in Dragon 8 upon its founding on 22 June 2015, a closer relationship than simple logistics partner as claimed by Lempert-Schwarz.

He wrote: “On page seven of the catalogue, Dragon 8 disclosed that its Chairman was Søren Grunnet Løvenlund and that Gil Lempert-Schwarz was Dragon 8’s ‘principal auctioneer’ and ‘content editor’. Gil’s brother Uri was listed as ‘Editor in Chief’. This information section of the catalogue named the Chairman of the Company, and a Chief Operating Officer (Stella Chan), but curiously omitted to name the Chief Executive Officer. That bothered me – more and more as time went on.

“In addition, at the time Dragon 8 Wine Auctions was formed, and at the time of the November 2015 auction, the company had four registered Directors — Kristoffer Meier-Axel, Søren Grunnet Løvenlund, Gil Lempert-Schwarz and Uri Lempert-Schwarz.”

On 22 December of last year Meier-Axel reportedly resigned as CEO of Dragon 8 with his shares being split between the other three.

Nonetheless, Cornwell added, at the time of the auction Meier-Axel was directly linked to Dragon 8, certainly as a shareholder and “apparently its chief executive officer”.

As Cornwell also says he has “direct proof” that several of the lots from the “Swedish Nobleman’s Cellar” came from Meier-Axel and therefore did not have the “immaculate provenance” the catalogue claimed, he added: “The conclusion is inescapable that the November 2015 Dragon 8 auction was a knowing and deliberate fraud by Dragon 8 and its owners, including Kristoffer Meier-Axel and Gil Lempert-Schwarz…

“Dragon 8 and its owners intentionally lied to everyone who received their catalogue and defrauded the purchasers at the November 2015 auction by totally and completely misrepresenting the provenance of the wines in order to cause the purchasers to pay a huge premium for wines based upon the allegedly ‘immaculate’ condition and provenance of the wines listed in the catalogue.”

He finished by saying that the FBI had been informed and that they in turn had referred the matter to the Hong Kong Customs & Excise Department.

Responding to questions from the drinks business on the matters raised by Cornwell, Lempert-Schwarz replied: “Don Cornwell has put forward interesting theories and hypotheses in the past as well as now, but they are and remain nothing but that, based – as they were – on pure fiction and complete misrepresentations.

“We completely distance ourselves from this nonsense. As mentioned in the past, we withdrew a number of lots from the auction when questions about their provenance arose, if for no other reason than to look into the matter; these lots were therefore never sold and there is no issue at all here.

“Weinart in Copenhagen used to be a logistics partner of Dragon 8. As our operations in Hong Kong were brought up to full speed, we no longer needed that element in our partnership and it came to an end quite naturally. Dragon 8 has a wonderful and cordial relationship with the Hong Kong Customs and Excise Department. We have no further comments.”

The HK Customs & Excise Department has been contacted for comment.