From fresh editions of classic reference tomes to scratch and sniff guides for beginners, 2015 saw the release of titles to suit every wine-loving bookworm. 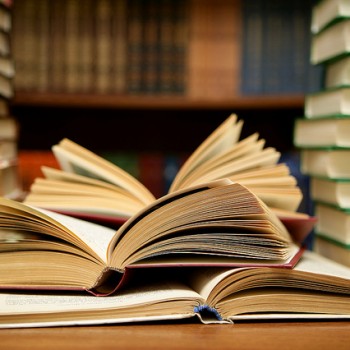 While nothing beats actually tasting a wine, brushing up on your vitis vinifera and wine regions is also time well spent. While there have been many books released in 2015 on the subject of wine, this collection caught our eye as being some of the most interesting.

Whether you are a seasoned wine professional or complete novice, we hope that at least one of the following titles will appeal.

Have we missed any of your favourites? Please leave a comment below. 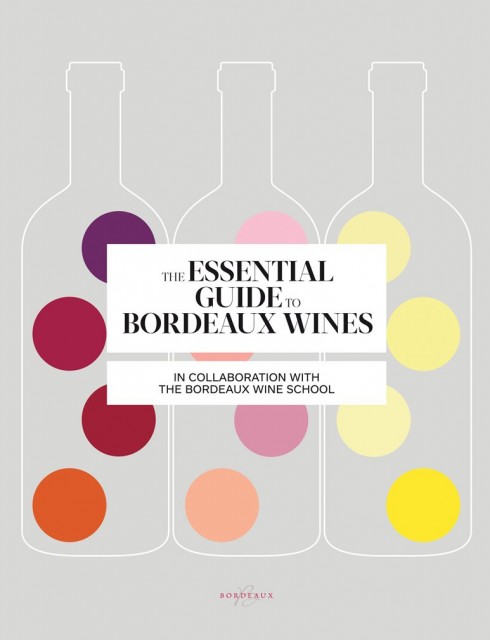 Released in collaboration with The Bordeaux Wine School, The Essential Guide to Bordeaux Wines is both a handbook and an illustrated history of Bordeaux – arguably the world’s best-known wine region.

Catering from the novice to professional, the guide takes readers through the basics of tasting and food pairings while educating on the region’s history and culture. 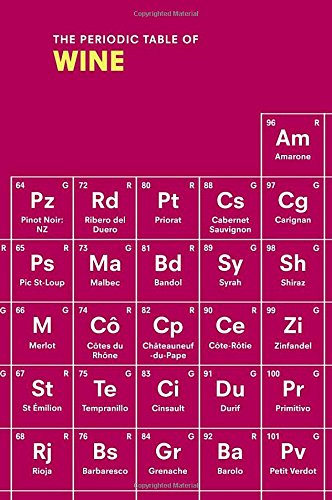 While packaged in a a novelty format, The Periodic Table for Wine is in fact a necessarily concise quick reference guide to wine grapes and regions. Categorised along the same lines as the periodic table, the 160-page book details 127 white, red, rosé, sparkling, sweet and fortified wines, with regions also slotted neatly into the appropriate columns.

Wine expert Sarah Rowlands groups wines by their essential colour, aroma and flavour properties, with the aim of helping readers to navigate their way through the world of wine and better decipher their tastes. Perfect for anyone starting out in wine, the book also comes with a post of the periodic table of wine.

The History of Wine in 100 bottles – Oz Clarke 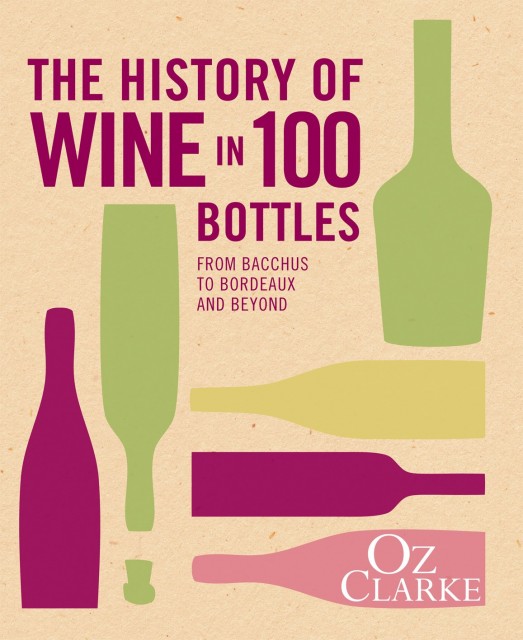 A treasure trove of trivia for even the most well-informed wine lover, The History of Wine in 100 Bottles traces the origins of wine, tracking the trials and tribulations that have shaped the world of wine since 6,000 BC.

Featuring bite size chapters on everything from the dawn of the corkscrew and Prohibition to Mateus and Dom Pérignon, wine writer Oz Clarke has created a comprehensive, approachable and far from stuffy compendium on the history of wine that is both informative and entertaining.

Hugh Johnson’s annual pocket guide is for many essential reading, as well as the perfect stocking filler. Now in its 39th year, wine expert Johnson offers up-to-the-minute commentary on the wines, growers and regions of the world, revealing which vintages to buy, which to drink and which to cellar, which growers to look for and why. 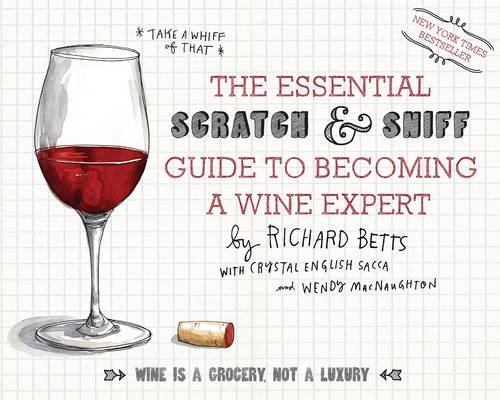 For an industry so defined by its sense of smell, it is almost surprising that a scratch and sniff guide to wine has not been conceived of sooner. While seemingly a novelty item, this interactive guide is not to be, er.., sniffed at. Written by Master Sommelier Richard Betts, it offers complete novices the chance to get to grips with wine tasting introducing its basic aroma components; fruit, wood and earth.

It promises to give anyone the ability to decipher the difference between a Syrah and a Sangiovese and order a winning glass every time.

Carrying the tagline “wine if a grocery, not a luxury”, the 22-page book is humorously illustrated and includes 16 scents to help novices on their way. 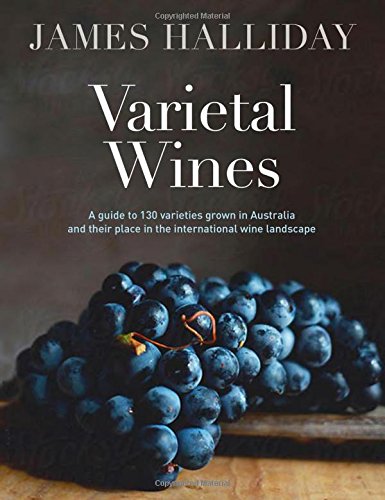 As well as statistics of their growth in Australia, Halliday also details how each varietal wine is made, outlines regional styles and reveals his pick of key producers. 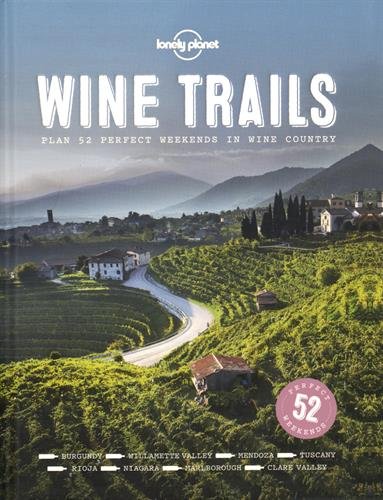 For those not content with tasting wines in your front living room, Lonely Planet has compiled a guide to some of the world’s best-known wine regions, detailing how to get the most out of a weekend spent among the vines.

Wine Trails, the first book in Lonely Planet’s “Perfect Weekends” series, introduces the “secret gems” in wine regions such as Napa and Sonoma, Tuscany, Burgundy and Rioja, and also explores off-the-beaten-path regions in Georgia and Greece. The 320-page book offers detailed itineraries recommending the best wineries to visit, places to stay and eat in 52 different regions. 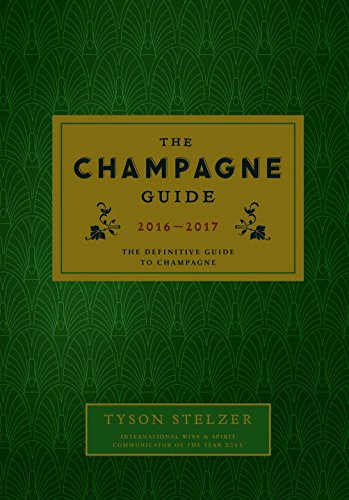 Recently named Communicator of the Year in the 2015 International Wine and Spirits Competition, Tyson Stelzer released the fourth edition of his biennial Champagne Guide in November.

Profiling more than 100 Champagne producers, Stelzer operates on a points system awarding some 400  Champagnes, from the smallest growers to the biggest houses, a score out of 100, featuring vintages that stretch back to 1995, as well as lists of the year’s best Champagnes priced under AU$60, $100, $200 and with no price-limit. This edition sees 19 new producers added to the line-up including Bruno Paillard, Diebolt-Vallois, Franck Bonville and Joseph Perrier.

As well as a comprehensive guide to the best vintages and producers, the guide also includes several essays discussing the issues currently facing Champagne, such as global warning, dosage levels, the region’s cru system and the debate surrounding grower versus house Champagnes. 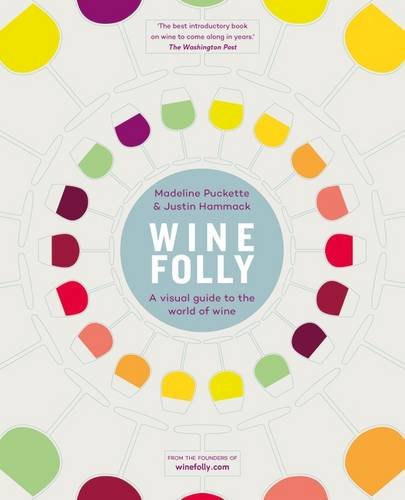 The latest offering from wine blogger Madeline Puckette takes a novel approach using info graphics to create a visual guide to the world of wine.

Named after Puckette’s blog of the same name, it offers simple steps on how to get the most out of your wine glass taking readers through the basics of tasting and serving wine in as few words as possible, creating an accessible, albeit simplified, guide to the world’s grape varieties and wine regions. 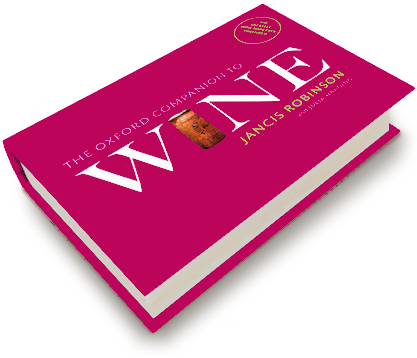 The daddy, or should that be mother, of wine reference books, a fourth edition of The Oxford Companion to Wine by Jancis Robinson MW and Julia Harding MW was released in September, with over 60% of the 912-page reference book’s content either entirely new or revised since the 2006 edition. Of the 187 specialist contributors, who include viticulturist Dr Richard Smart, oenologist Denis Dubourdieu and Chinese consultant Li Demei, 50 are new, expanding the fields of expertise behind almost 4,000 entries.

Among the new entries are urban wineries, a growing phenomenon from San Francisco to London and Hong Kong; and social media, an entry which analyses the rise, nature and impact of this rapidly evolving communication tool.

Alongside full listings of all major wine appellations, the book tracks developments in emerging wine producing countries such as England, China, Turkey and Armenia.

The text is interspersed with 90 colour photographs, maps and illustrations, further illuminating elements such as the increasingly widespread concrete eggs, particularly dramatic regions like the Douro and key techniques such as vine grafting. 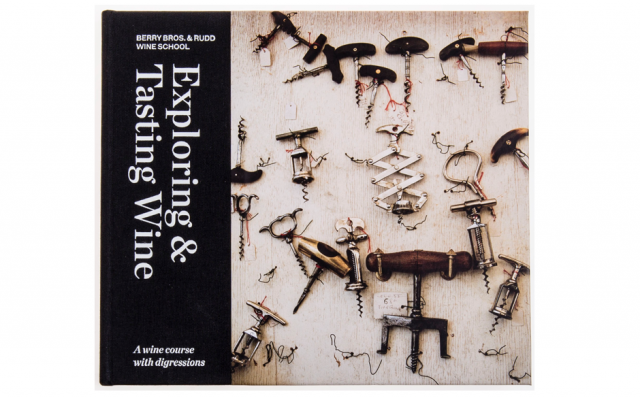 And finally, in September UK fine wine merchant Berry Bros & Rudd launched a new book to complement its Wine School courses. The 240-page book, entitled: “Exploring & Tasting Wine: A wine course with digressions”, features a foreword by the actress Emma Thompson, and follows the BBR wine tasting course introducing readers to key grape varieties and regions with “optional digressions” along the way that delve deeper into the wine world.

Head of Berry Bros. & Rudd’s Wine School, Rebecca Lamont, explained: “To enjoy it, you need only one qualification: you appreciate wine. Whether you have just discovered this (the course assumes no prior knowledge) or whether you have simply never had time to pull together your knowledge, we can prove to you that anyone can be a good taster.”

The book also contains graphics to help convey the scent, taste and balance of various wines developed by Lizzie Ballantyne, an award-winning designer for wine and food books and a former student on the course.