Sam Galsworthy, the co-founder of Sipsmith distillery, has refuted “ridiculous” claims that his team accidentally created lethal mustard gas during an experiment that caused the entire distillery to be evacuated. 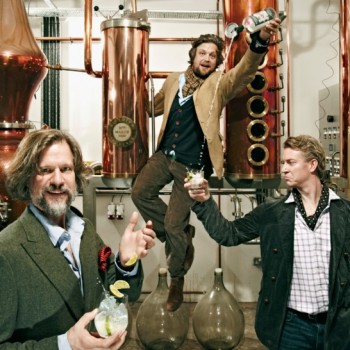 A story appeared over the weekend in several national tabloids, including the Sun and the Daily Mail, claiming that during an attempt to produce a mustard-flavoured gin the team accidentally created mustard gas – a lethal chemical used as a weapon during the First World War.

Speaking to the drinks business this morning, Sam Galsworthy, co-founder to the craft gin distillery, called the claims “ridiculous”, with tabloids incorrectly interpreting a mustard smell, elicited from the Sipsmith distillery during an experimentation to make mustard-flavoured gin nearly five years ago, as mustard gas.

“Four and half years ago in our Hammersmith site we added high street mustard powder to the distillation”, said Galsworthy.

“Soon into the distillation run a mustard-y smell came over the distillery. We stopped the pot still and opened the window.

“No-one was evacuated and no-one was exposed to anything that was anywhere close to harmful. We have an astonishing safety record.”

Mustard gas is in fact not made using mustard. It is a sulphur-based substance, making its accidental creation by a distillery all the more improbable.

The lethal chemical was dubbed ‘mustard gas’ during WWI because it carries a distinct spicy smell which was likened to mustard. It caused temporary and sometimes permanent blindness, horrible skin irritation and deadly burns.

Sipsmith, founded in 2009 in London, is known for its experimental and small batch gins, with previous creations including a Sloe gin, a Very Junipery Over Proof gin and damson vodka.