The Oregon-based winery, Saffron Fields has its sights set on wooing HK wine drinkers as it launches onto the market via Corney & Barrow. 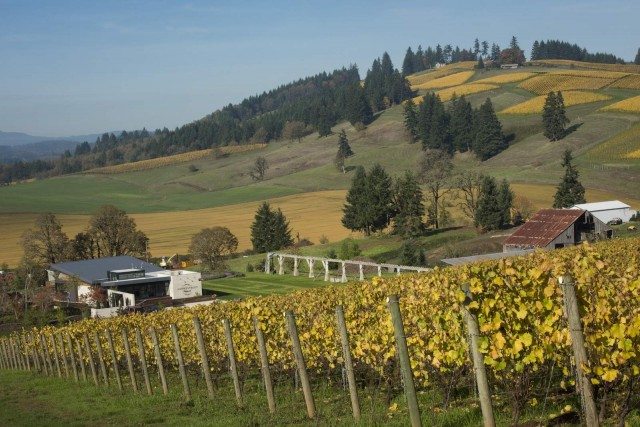 “Coming from India, I feel that the Chinese and Indian palates can be similar. We’re not into heavy, tannic reds as we’re not used to them. New World Pinot, and especially Oregon Pinot have a lot of ripe, sweet fruit which make them more approachable with lots of integrated tannin even when they are young.”

Former chemical engineers, Lahoti and his wife, Angela Summers wanted to get into the vineyard business after many wine holidays spent in Napa Valley and started hunting in Oregon for potential sites. They came across the Saffron Fields plot in the Willamette Valley during Thanksgiving in 2003 when it was unpromisingly growing grass seeds rather than grapes. “But I loved the area, it was the first property we saw, and I could definitely see the potential for growing wine. So four months later in 2004 we bought it,” said Lahoti.

Keen to embrace a new life away from chemical engineering, Lahoti completed a winemaking degree from the University of California in 2006 and in 2007 and planted the first 10 acres of the Pinot Noir vineyard with the Pommard clone, followed by four acres each of Dijon 777, 115 and Wädenswil clones in 2009 – the same year as their first harvest. The name Saffron Fields is in homage to Lahoti’s childhood spent in India and because in autumn, the leaves take on a warm yellow hue.

The grapes were initially purchased by Tony Rynders, head winemaker at nearby Domaine Serene and the intent for Lahoti was simply to be winegrowers for a few years, but after barrel tasting the first wine from their property, Lahoti and Summers asked Rynders to make them 50 cases in 2010.

Lahoti praised 2010 as his favourite vintage where the weather conditions were cool with a longer ripening season. “Though 2012 is most popular with our US customers as it’s much more fruit-forward with that hint of sweetness typically displayed by New World Pinot. But the 2010 represents to me, the culmination of all of our efforts. I think the potential is definitely there to grow our consumer base outside of the US and the UK.”

Thibaut Mathieu head of Corney & Barrow in Hong Kong agreed, “Sanjeev’s wines scored very highly in a blind-tasting in our office alongside Burgundy grand cru and premier cru and Hong Kong has many wine lovers who are looking for well-made Pinot Noir but not at Burgundy prices.”