A young Dutch winemaker is hoping to raise awareness of the uniqueness of the Roussillon region and why it shouldn’t simply be lumped together with the Languedoc. 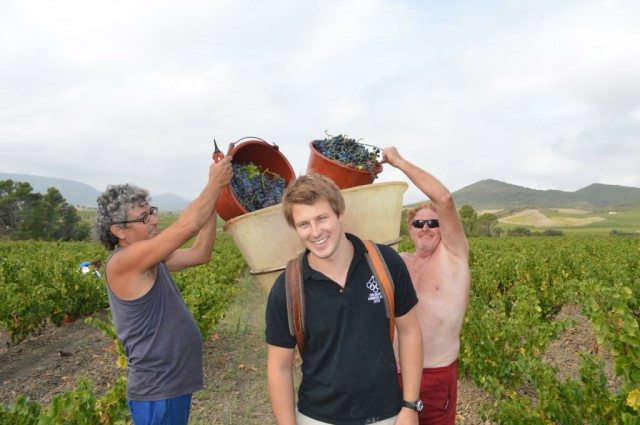 His current range of three wines includes a white, red and rosé, all using key varieties from the southern French region: Grenache blanc, gris and noir, Macabeu, Syrah and Mourvedre.

Starting with the white and red, the first vintage of the latter has just bottled  – amounting to 480 cases – he has added a rosé with the 2015 vintage.

Bak told the drinks business he hoped he could “make a difference in the Roussillon” and bring it out from behind the shadow of its bigger and more famous neighbour.

“I strongly believe that the Languedoc – Roussillon should be considered separated regions. Especially as the Languedoc is such a large area and the Roussillon is so small in comparison and the soil types and climate are so different.”

Half Dutch, half German, Swiss-born but lifelong UK resident, Bak has always had an interest in wine, encouraged by his grandfather who lived in the south of France. At the age of 16 even asked his headmaster if he could plant a small vineyard in the school grounds.

He worked a vintage at Château Bauduc in Bordeaux before studying wine science at Plumpton College.

His currently be found at Vinoteca, Bottle Apostle, The Wine Tasting Shop and The Royal Oak Inn in Rhandirmwyn.