Online shopping and a last minute boost in sales failed to lift Waitrose’s Christmas like-for-likes, the retailer has reported. 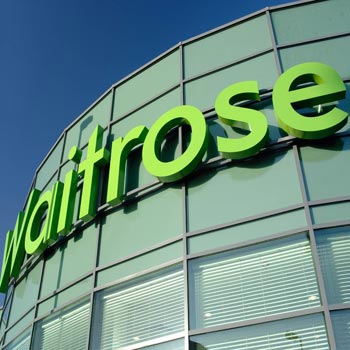 Like-for-like sales at the upmarket supermarket fell 1.4% in the six weeks to 2 January, compared to the same period last year, although gross sales were up 1.2% to £859.8m.

Shopping in store was “concentrated” in the last few days before Christmas, the retailer said, as customers left the big food shop in store to the last minute. This resulted in record trading days in the last two days, with sales up 6% on 23rd December and 5.5% on Christmas Eve.

However there was evidence of greater online activity, as grocery sales rose 7.9% over the period, and 9.8% in the weeks over Christmas and New Year. “Our dot.com fulfilment centre in Coulsdon, which celebrated its first Christmas, operated effectively with almost all slots filled as early as November,” the retailer said.

Sales through its direct websites, including Waitrose Cellar as well as its hampers, flowers and kitchen gadgets sites, were also strong, up 28.1% over the Christmas period.

Within BWS, Waitrose highlighted Chapel Down’s Curious Brew beer,  which has seen sales of 116% during 2015, and English wine, which has seeing growth of 80%, driven by strong sales of English sparkling wine. Sales of English sparkling rose by 188% compared to last year, it said, with one in 50 consumers choosing English fizz over traditional champagne.

Malt whisky and Tequila also performed well at Waitrose in the run-up to Christmas.