Alcohol has topped the list of items most stolen from British supermarkets, convenience stores and off-licenses, a new survey has found. 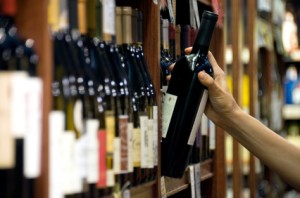 In a survey of around 100 shops across the UK, security company Monitored Alarms found booze was still the number one item targeted by shoplifters, despite increased measures by retailers to protect their stock.

“The most stolen items are those that are easily concealed,” says John Ratcliffe of the Yorkshire-based security firm.

“And that’s a major problem for smaller stores, because not everything can be covered with security tags without making a nonsense of the whole shopping experience.”

“It’s impossible to watch every customer, and experience tells us it’s not always the ‘dodgy-looking’ ones that are the worst offenders,” he added.

Shoplifting costs UK retailers around £800 million a year, according to the latest report from Global Retail Theft Barometer, an annual report commissioned and funded by global security firm, Checkpoint Systems.