The effects of climate change and the subsequent warmer weather have a positive influence on Sangiovese, believes one Tuscan winemaker. 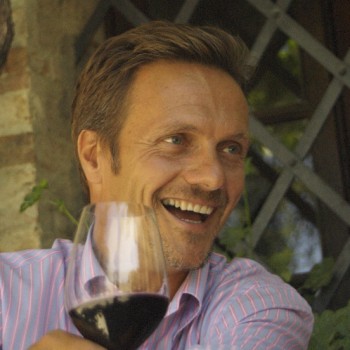 Speaking to db HK, Leonardo Bellaccini of San Felice in Chianti Classico and Brunello di Montalcino explained that due to the increasingly warm summers, they are able to pick the grapes earlier and make “consistently better wine.”

“I started as the winemaker for San Felice in the 1980s, and when it came to the harvest, we didn’t have as much sugar as we would have liked in the grapes. Now we are picking much earlier and they have much better sugar levels.”

San Felice is a historical winery based in the south of Chianti Classico near Sienna and is part of the Relais Chateau chain. Its Gran Selezione Chianti Classico 2011, Il Grigio also recently scooped the number one slot in Wine Enthusiast’s Top 100 wines.

The winery also rose to prominence in the 1980s by identifying a number of forgotten, indigenous grape varieties in its experimental vineyard, the Vitiarium, and embarked on a programme of blending them with Sangiovese, in collaboration with the universities of Pisa and Florence.

Then, after initially working with the 50-year-old vines in Chianti Classico, the group bought the Campogioavanni estate comprising 20 hectares of vineyard on the slopes of Montalcino.

With Montalcino being the most arid Tuscan DOCG, receiving an annual rainfall of around 700mm – in contrast to Chianti which experiences an average of 900mm – Bellaccino said that the effects of hotter weather are felt more strongly.

“We’ve retained the classic methods with our Brunello – never too much oak,” said Bellaccino. “A wine should retain the personality of the terroir and not the winemaker. But since we have noticed the overall temperature getting warmer, it has had a big effect on our Brunello.

“The grapes are better adapted to higher temperatures but then they become naturally higher in alcohol – sometimes reaching up to 16% which is too much. I’m not here to make Amarone.”

“Of course we can see the effects that drought has on the vines – we can only irrigate in an absolute emergency. But we have high density vines, the roots dig deeper and hit the water that has been held by the rocks underneath the soil.

Chianti’s extremely hot and dry summer this year, means that Bellaccino is “on track” for an exceptional vintage.

“Certainly we need an outstanding vintage now. The 2015 is not a 1997 nor a 2011 but it’s looking good and I’m looking forward to seeing how the fruits of our labour this year will develop.”