Berry Bros & Rudd has reported pre-tax losses of £11.35m – but says the business is on the “right track” for its long-term health. 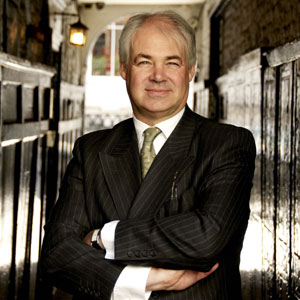 According to accounts filed at Companies House this week, the losses at the independent retailer were deeper than the £7.3m it reported in 2012-13, which the family-run business described as “its darkest hour”. However much of this loss related to ongoing litigation and debt recovery with a former distributor in Hong Kong, which contributed an exceptional cost of £5.74m.

Operating loss was recorded as £4.18m, compared to £1.9m in the same period last year, and £2.8 the year before, which the company attributed to an imbalance between operating costs and growth of sales, admitting performance fell “well short of expectations”.

“It is clear that the financial performance of the Group over the year has fallen well short of expectations,” chairman Simon Berry said. “The delivery of our business performance was also slower than we anticipated most evidently in Asia.”

But Berry insisted the company was on the right track towards long-term health and had made important strides over the last year, most notably with its new leadership structure. In August it appointed former Tesco wine boss Dan Jago as the new chief executive and promoted BB&R Spirit’s boss Jeremy Parsons to chief operating officer. The new team would “take the necessary operational and financial steps to deliver its objectives”, it added.

The Far East also remained a “prime strategic focus” for the company, but BBR admitted it had not yet cracked a business model or structure that would enable it to realise the region’s long-term potential.

Wholesale sales also remained stable, and spirits performed ahead of expectations, driven by the growth of Glenrothes, No .3 gin and BBR’s own brands, which represent 5% of volume sales.

BBR also reported “exciting” opportunities in its UK wine retailer business, with retail boosted at its revamped flagship store in St James’s. Online continues to be a focus following the relaunch of the website and ecommerce site, which it said would enhance “interaction with consumers”. It intends to boost this with further investment in IT to improve the company’s logistics and warehousing systems.

The directors said improved growth was expected during 2015-16, with a greater contribution from en primeur supplemented by the company’s existing and newer activity and boosted by greater efficiency.

The retailer said it was confident enough in the long-term future of the business to offer a reduced shareholder dividend of 220p, talking it to 445p for the full year.