Port should emulate cider’s success in the on-trade

Port needs to learn from the success of ‘cider on ice’  in order to tap into a new generation of drinkers in the on-trade, according to a leading port industry figure. 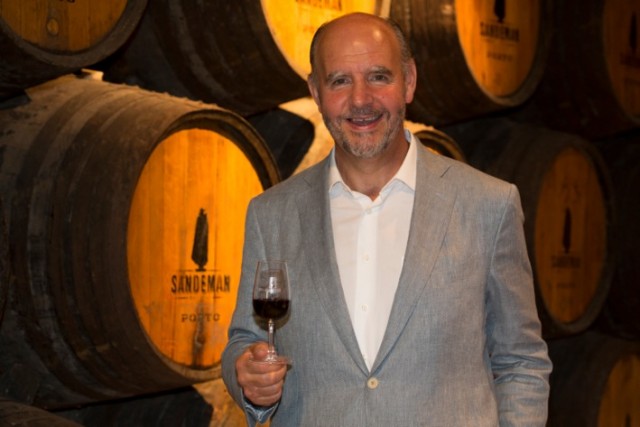 George Sandeman, 7th generation of the House of Sandeman and a manager at the brand’s parent company Sogrape Vinhos, said the future for port in the on-trade lay in making the drink less “ceremonial” and embracing new ways to consume it.

“People have this mindset that port needs to be drunk with a stiff upper lip – but it doesn’t,” Sandeman said. “The big barrier to overcome is the perception around the rules that have been handed down for generations – that is has to be Christmas, that you have to pass it the ‘right’ way.”

In May, the port house, which is celebrating its 225th anniversary this year, promised “a very long period of innovation” and Sandeman said this innovation would primarily come through improving winemaking and aging with a view to ensuring consistency of its premium quality ports. However he highlighted the potential that innovative servings could bring in the on-trade.

“Very often, people think innovation means a completely new style but I don’t think that will happen – there may be new styles that will be released but a lot of innovation lies in the way we approach the drinking of port – some radically through creative cocktails, and some more conservatively by getting people to drink it in a large glass, and that it can be chilled,” he said.

The Sandeman brand is looking at different ways of serving port with on-trade partners, Sandeman said. “We recently had an exercise with on-trade visitors where we gave them a glass of port along with a tumbler with mint, orange and ice and got them to try both and see it’s a completely different drink – the ice allows the fruit to come and out damps down any harsher part of the tannins as well as taking away some of the sweetness, making it a very different drink.”

This, he said, is key to getting port off the back bar and selling it through to customers – pointing out that adding ice had worked to rejuvenate the cider category.

“That’s where the future is – showing people that port can be informal. There is the premium end, with rare and vintage dated special casks, but it is also about showing people, and given them permission to drink it in a more informal, less ceremonial way.”

Sandeman was speaking to the drinks business at an event marking the brands 225th anniversary, which marked the launch of a new commemorative collection. The anniversary collection comprises six 2000 vintage ports, each with a different label to represent a different aspect of its 225 year history – The Word, The Spirit, The Journey, The Craft, The Pioneer and The Hat & Cape. The collection, can be bought as limited edition single bottles gift pack in 75cl, 150cl and 300cl, or as one of 225 boxed collections containing all six bottles. They are available from mid-November at high-end retailers and has been listed with Matthew Clark,

The port category is increasingly focusing on the higher end of its business, rather than chasing volume sales, and Sandeman, who shares this philosophy, kicked off its 225th year with the launch of Cask 33, its first Very Old Tawny Porto, followed by the declaration of around 1,000 cases of vintage Port from its Quinta do Seixo estate in May – only the second release from the estate since Sandeman acquired it in 2007.