Etienne Hugel is ‘bouyant’ about Asia since Japan has jumped ahead of the UK in terms of volume exports and China’s sales have increased by 45% year on year. 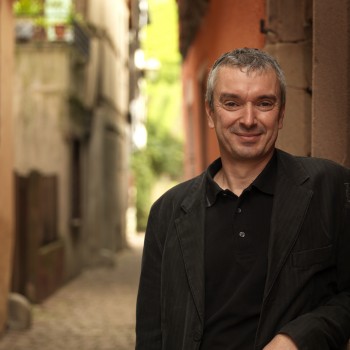 Speaking to the drinks business Hong Kong, Hugel explained that the “love affair with Asia” started in the 1950s when exports first started to Japan, Hong Kong and Singapore.

“I think one of the reasons why we are so strong in Asia is that in 65 years, we’ve just had one change of importers in Japan, and in Hong Kong and Singapore, two changes. You build trust and confidence in your partners and gain a very solid relationship.”

Alongside Famille Perrin and Pol Roger, Hugel founded Jeroboam importers and each share distribution across several Asian markets, including Taiwan – though it’s Japan which Hugel is “most optimistic about.”

“Japan is our most mature market in Asia and in just three years we have almost doubled sales.”

Nine months ago, Hugel’s 2013 Gentil, a blend of Sylvaner, Pinot Blanc, Riesling, Pinot Gris, Gewurztraminer and Muscat was selected by Japan’s All Nippon Airways (ANA) for its Asia Business Class routes and is now available on its European Business Class routes until the end of this month.

“Our Gentil is the ideal wine by the glass style and is at the right price point. It’s a great introduction to Alsace and to our wines, and the partnership with ANA has had a considerable impact.”

Hugel also has secured a presence with many key hotel groups in Asia, including the Marriott, Shangri-La, and Mandarin Oriental as well as Sofitel and Pullman which “are in the pipeline.”

“These fantastic results are clearly the fruits of many years of travels throughout Asia,” he said.

“In a market dominated by red wines, it seems golden wines with their ‘Imperial’ coloured labels are at last getting some attention.”