Hong Kong’s growing importance as a hub of the Asian drinks trade has been given a further boost, with customs clearance granted to wines imported to all districts in Beijing, Tianjin, Shanghai, Guangzhou and Shenzhen. 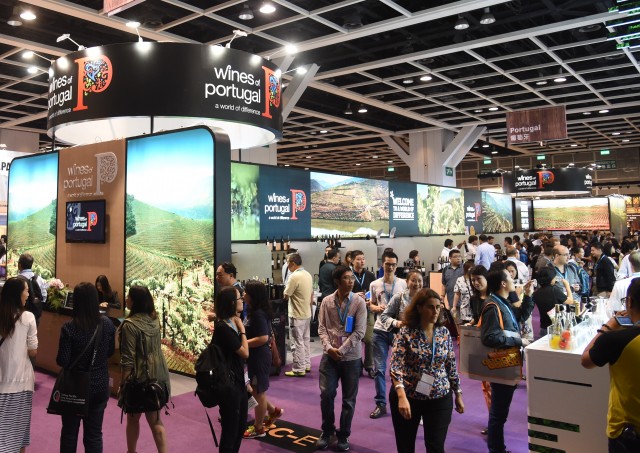 John Tsang, financial secretary of the Hong Kong SAR Government, used the opening ceremony of the Hong Kong International Wine and Spirits Fair to announce that the immediate customs clearance arrangement for wines imported into the mainland via Hong Kong would now be extended to all customs districts in Beijing, Tianjin, Shanghai, Guangzhou and Shenzhen.

This means that wines from all over the world are now entitled to immediate clearance by mainland Chinese customs when shipped by qualified Hong Kong wine merchants to customs districts covered by the arrangement.

“Ever since the Hong Kong SAR Government removed wine duties and instituted special clearance measures under CEPA (Closer Economic Partnership Arrangement) in 2008, Hong Kong has developed into a wine trading and distribution centre for the region and the import gateway of wines into the mainland in particular”, said Benjamin Chau, deputy executive director of the HKTDC. “Now that this facilitation measure designed specifically for Hong Kong is extended from Guangzhou and Shenzhen to the customs districts of Beijing, Shanghai and Tianjin, more wine merchants from around the world would forge into the North China market through Hong Kong, thus further consolidating Hong Kong’s position as a wine trading hub.”

The eighth Hong Kong International Wine & Spirits Fair, organised by the Hong Kong Trade Development Council (HKTDC), was held at the Hong Kong Convention and Exhibition Centre (HKCEC) from 5 to 7 November. It saw more than 1,060 exhibitors from 32 countries and regions take part, with more than 20,000 trade buyers from 75 countries attending – up 2.4% on the previous year. Organisers reported encouraging growth in buyer numbers from regions including France, Korea, Singapore, Taiwan and Macau. The final day of the fair (7 November) was open to the public and attracted close to 30,000 wine lovers. 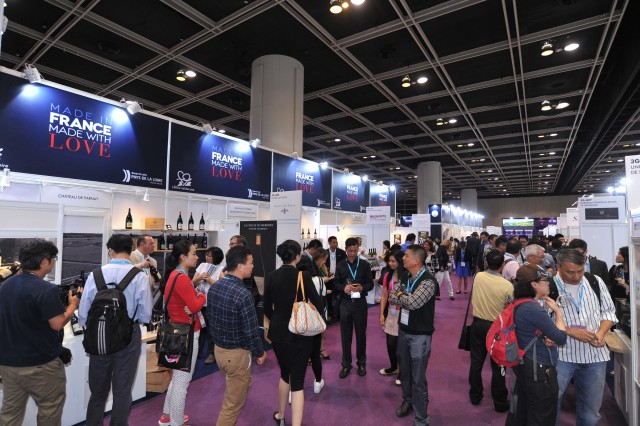 Portugal was this year’s partner country for the fair, whose wine merchants have set up increasing business operations and distribution networks in Hong Kong, using the city as a springboard to tap into the mainland and Asia Pacific markets. More than 40 exhibitors from Portugal took part in this year’s fair, showcasing over 500 selected wines from Portuguese wineries.

Japan put in a good show with the Japan External Trade Organization (JETRO) bringing 26 wineries, six wine companies and two industry associations to the fair, showcasing a diverse range of products from sake and shochu to Japanese whisky and fruit liquors.

“The buyers’ response has been excellent”, said Ryoichi Ito, director general of JETRO Hong Kong. “The amount of business concluded by our exhibitors in the first day of exhibition has already tripled last year’s results. This fair creates a crucial trading platform for us to expand our presence throughout Asia.”

Looking toward Europe, wines from France and Italy continued to be key draws for trade and consumers. Bettane+Desseauve and Sopexa joined together to create a pavilion to showcase their wines, with more than 120 wineries represented.

“Consumers in this part of the world are getting more and more knowledgeable about wines and looking for good quality products”, said Michel Bettane, chairman of Bettane+Desseauve in France. “This is an encouraging trend. We’ve met with many potential customers from different markets such as Japan, Indonesia, Thailand and Singapore. Our participating wineries are very happy with the fair and some of them have already concluded sales with buyers.”