Changes to the British business rates have been tentatively welcomed by wine retailers and representative bodies – but they warn they are unlikely to go far enough. 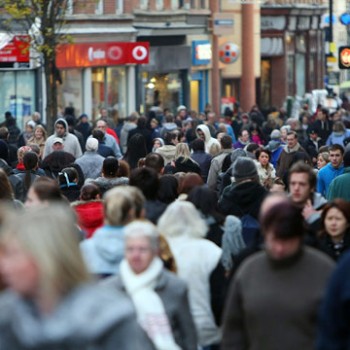 The Association of Convenience Stores (ACS) which represents off-licenses and independent retailers across the UK welcomed the extension of the small business rate relief, but said it was disappointed that there had been no announcement on the continuation of the business rates discount of £1,500 for high street retailers.

“We argued for the Government to increase this discount and if the Chancellor scraps it, it will hurt businesses coming to terms with increased wage costs and uncertain rates bills.” ACS chairman James Lowther said.

Lowther said he also had “significant concerns” about the devolution of rate setting powers to local authorities which was announced by Osborne at the Conservative Party conference in October, noting that there had been little evidence of the discretionary rate relief setting powers having been used to support businesses.

The change will see local authorities retain 100% of the rents raised in their area, rather than returned 50% to central government to distribute to areas with fewer businesses – but the ACS and many of the businesses it represents fear it will be result in higher rates.

However Richard Wood, operation manager of independent retailer Corks Out tentatively welcomed the changes, telling db it was “a good start”, even though it didn’t go far enough.

“With the minimum wage increasing – which is should do – it will have a big impact, so we need to be able to claw back that extra cost. But I’d rather they take their time and do it properly. It is a positive step, but we will have to see,” he said.

Earlier this year, the ACS submitted recommendations to a government-wide review of business rates. It wants to see a wholesale review to make the system “fairer”, which includes linking the value of rents more closely to inflation, introducing more frequent valuations and letting businesses offset capital investments against rates bills so they are not penalized for improving their shops. It also advocates a tiered system whereby some smaller properties pay a flat rate charge, while the smallest properties are taken out of paying business rates at all.