Bibendum-PLB on track for ‘terrific’ first half

Bibendum-PLB says it is on track for a “terrific” first half as it celebrates its first anniversary of its “game-changing” merger. 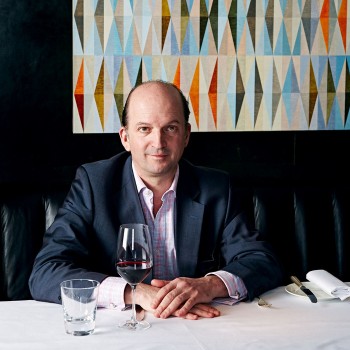 Speaking to the drinks business a year after one of the largest mergers in the wine industry, Saunders said he was “delighted”  with the move the business had made, but admits that while it had achieved what it set out to do broadly-speaking, both he and the company had learnt a lot over the last year.

“We’ve had a terrific half year – and we haven’t been able to say that for ages. We are on budget for the first half of the year, with good growth on last year, although it hasn’t come exactly in the areas where we’d prescribed,” he told db.  “I’m well known for not setting easy budgets – and the fact that we’ve nailed it in the first half is quite something.”

Because it was a friendly coming together, the teams did a lot of pre-planning to figure out what the teams would be like following the merger, Saunders said. “We knew what we wanted from Day 1 – and in the main, we have managed to achieve that.”

However he said one of the biggest surprises was in the strength of PLB’s beer portfolio, which he admits he underestimated during the transaction.

“I hadn’t understood how good and how much potential the beer side had, and it is in vogue with what is going on in the outside world. The Bibendum team are accelerating very quickly selling wacky beers from around the world because it is so aligned to the selling of wine,” he said. “It’s got a hell of a future, this beer thing – we’ve not been giving it enough time, but gradually the scales are lifting from my eyes and I’m beginning to underwent what we can do here.”

One growing area is the regionality of beer supply and Instil Drinks Co is increasingly offering a consolidation service to supply smaller quantities of local, craft beers to retailers on a regional basis. “We can bring in ranging in Newcastle that is different to that in Leominster, based around different local beers,” Saunders explained. “It answers a strong need on behalf of our customers and if it answer a need, why not do more of it?”

On the back of the boom in craft beer, Instil Drinks Co has had a particularly strong year, Saunders said, with the Rugby World Cup boosting the Wandering Wine Company. Meanwhile PLB doing “better” having seen more customers than planned and Bibendum remains “on-track”.

Saunders says this shows the clear channel strategy (“a very American way of approaching it”) is bearing fruit – even if it was not until the London Wine Fair in May that the Group’s approach became “tangible” to the trade.

“Our approach is root and branch different as it is a fundamental to the DNA of each of the individual companies,” he explained. “But it has provided a lot of clarity and people know exactly who they are dealing with – my team knows exactly what services we want to offer customers in those channels and one supplier told me they can now see what they need to do to make each channel work for them.”

Looking forward, Saunders says the priority is not for any more dramatic changes, but to “get a lot better at what we do now”. The team has recently issued its first customer survey to help identify areas to focus on.

“It’s not exactly rocket science, but I like to looking though the telescope of our own customers at our business,” he added.