Technology used to fight back against fakes

Counterfeit wines and spirits are big business from Glasgow to Guangdong, and the fakers are not just targeting premium brands such as top of the range Cognacs and rare vintages of first growth clarets – commodity wines such as Jacob’s Creek and Blossom Hill have been counterfeited. 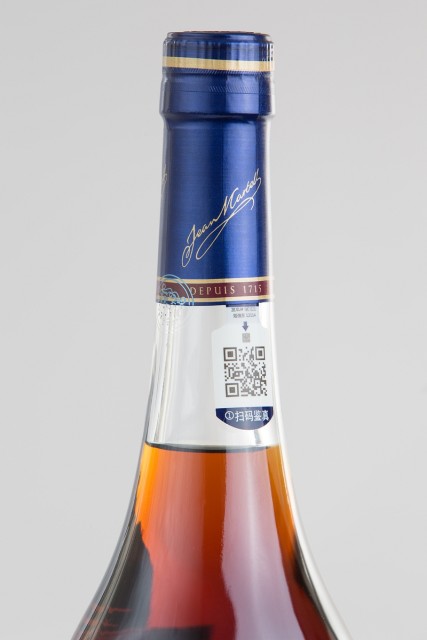 Spirits Europe said in a report published last year: “Counterfeit spirit drinks pose a serious health threat by providing consumers with inferior or even toxic products. Furthermore, these practices damage not only our industry, but also government revenues, which miss out on excise and other duties that officially traded products generate. To take the example of China, our industry estimates that a quarter of products sold as imported spirits are actually fakes.

“The most prevalent form of counterfeiting is refilling authentic bottles with inferior products. In addition, so-called look-alikes started to appear on the market – imitations of European spirits brands and/or Geographical Indications, which are not identical copies but very similar to the original. Both practices deceive the consumer and pose a major health threat due to the dubious conditions under which these products are produced.”

Although no producers are willing to reveal what faking costs them, The problem is huge. Earlier this year Ivan Menezes, Diageo’s chief executive, said he believed that half of all the alcohol consumed in parts of Africa was illicit. Most of that is traditional moonshine but brand faking is rising.

Paul Varga, chief executive of Brown Forman, said a couple of years ago that “a third of the world’s alcohol comes from what we call illicit production” and in Pernod Ricard’s annual report this year, the group’s general counsel, Ian Fitzsimons, reported that “the counterfeit business is booming”.

Until recently producers tried to keep faking out of the public eye for fear of damaging the reputation of their brands, especially if the fakes were a threat to health, which often they are. But now they are fighting back with new technology that allows the consumer to detect at the point of sale whether a bottle is genuine and if it has been opened previously.

And Pernod Ricard can now track an individual bottle from the production warehouse to the retailer’s shelf and find out where in the distribution chain any tampering might have taken place.

“We now have a virtuous circle [because of anti-fraud technology]. The consumer is now our eyes and ears and an active defender of his favourite brand.”

As a rule of thumb, the more expensive the contents, the greater the potential profit margin for the counterfeiters. For instance, in 2012 Shanghai police seized fake examples of Chateau Margaux and Chateau Lafite worth $1.6m. The wine itself had been produced in China for about Y80 a bottle and was being sold for up to Y7,000.

In that year alone the Shanghai police conducted more than 900 fraud-busting operations against a wide range of fake luxury goods (not just wines and spirits) worth $47m.

Earlier this year, Thinfilm, a producer of a variant of the new technology being used to protect Diageo’s Johnnie Walker Blue Label whisky and some Australian wines, estimated that 70% of all the wines being retailed in China, especially premium brands, could be fake.

The new fraud-fighting technologies are based on smart phones. An individual QR code (a form of bar code) is applied to every single bottle in the production process. It can then be read by the consumer through any of the freely available apps to verify that the bottle is genuine. The QR code is also scanned at various points in the logistics chain.

The QR code also is also a modern electronic marketing vehicle. “It gives us an opportunity to engage directly with the consumer,” says Prot, through linking the purchaser to the product’s website and the tailored marketing opportunities that creates.

Both Diageo and Remy Cointreau are promoting the interconnectivity of their smart bottles as a consumer benefit, but fraud prevention is also a key motivation. Pernod Ricard has now patented “additional technology” to authenticate and trace bottles from production to the retail outlet. The company’s Puma technology goes under the seal of the bottle and the label and cannot be reproduced, it claims. Once broken, the bottle cannot be resealed. In addition, Prot says, the liquid inside the bottle can be identified as genuine or not.

“This is very promising, very exciting technology,” he enthuses.

The “additional technology” added directly to the bottle by the Puma system needs a special device to access the information it bears. “This means an outsider [faker] cannot verify it. It is very complex technology,” says Prot.

But for fear of giving fraudsters a clue to how it operates, he refuses to give details.

“In China we are using it across our product range. We have been using QR codes for the past for the past three years – for every bottle shipped there since 2013. We are the only player who can claim that,” he says.

That is 25m bottles a year.

And now the Puma technology is being introduced for all Pernod Ricard’s spirits products destined for China.

Prot won’t reveal the additional production cost involved except to say that a QR code on each bottle “is free” while the added layers of protection embedded in the Puma technology represent a “significant investment despite the unit cost being relatively cheap”.

But it is much more cost-effective he says, than trying to collect empty bottles to stop them falling into the fakers’ hands. Often the hardest part of faking is to reproduce distinctive bottles, the shape, engraving, the colouring and the closure. Now the consumer can tell instantly whether a previously “genuine” bottle is a recycled counterfeit.

Pernod Ricard’s Puma technology is scalable, says Prot, and could be rolled out worldwide across the product range, but in the short-term at least it may be confined to those markets where faking is the most prevalent, China, Malaysia, other parts of Asia and Russia , he says.

Elsewhere, where counterfeiting is less of a problem, the QR code will remain the main protection of authenticity as it proves its value as a tool for communicating interactively with the modern consumer.

But nobody is being complacent. “The nuclear weapon against counterfeiting does not exist”, says Prot. “What we are doing is adding layers of complexity to make it too difficult.

“We are proud of our new technology but are committed to refining and improving it. Like fighting computer hacking, the connected bottle is an addition to our armoury.” 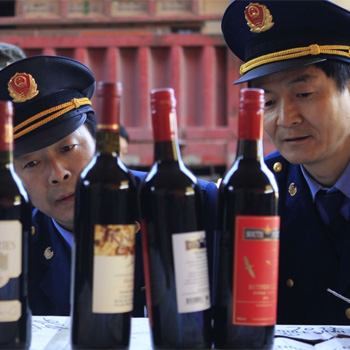 In addition, in China alone Pernod Ricard visits some 12,000 retailers every year as part of its sales and anti-counterfeiting efforts.

And the authorities themselves are becoming more helpful. Prot points out that as one of the world’s most rapidly developing countries, China is keen to protect its own intellectual property. The quid pro quo is that it moves to protect the rights of importers.

Over the past eight years, he says, the number of fake bottles in China has “fallen dramatically” through a combination of additional official cooperation and resultant prosecutions and the new bottle technologies.

And while the major wine and spirits producers are not necessarily sharing their differing new technologies with each other, they are “mutualising their investments and pooling resources” to fund extra investigators to authenticate products.

For the time being at least, the fakers are on the back foot.