Pernod Ricard has reported gradual improvement in sales in its first quarter, as it sale rose 3%. 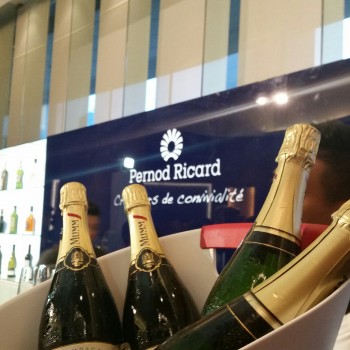 The French company saw sales rise 3% in the 12 weeks to 30 September 2015, to around € 2.223m. It reported a “good start” in Europe up 3% and o improvement in the US market, which rose 6% overall, but the stalling economic situation in China saw its Asia-Rest of the world region – which contributes 42% of sales – rise only 1%.

Recovery of the wine portfolio was led by good sales in the UK and Australia, with premium priority wines up 8% to €117m, compared to -1% in the same period last year. However wine, including growing Spanish brand Campo Viejo alongside Jacob’s Creek, and Brancott Estate, makes up only 5% of the company’s portfolio.

Chairman and chief executive officer Alexandre Ricard said the results were consistent with its expectations in a “contrasted” environment.

“We are aiming for +1% to +3% organic growth in profit from recurring operations for the 2015/16 financial year and expect a positive but volatile foreign exchange impact.”

He said the company would continue to boost investment in its priority brands and implement its long-term growth strategy, but warned that the commercial landscape remained very competitive, despite anticipated positive pricing and strong volatility of foreign exchange was likely to continue.