Italy has overtaken France to become the country with the largest wine production in the world, as it expects a 50.37 million hectolitre harvest in 2015-16. 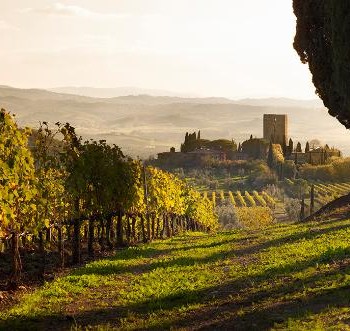 The harvest estimate represents a growth of nearly 6 million hectolitres on last year, which equates to a 13.4% volume boost.

Meanwhile, production levels in France have declined, with the country predicting a 1% fall in wine volumes this year. It expects to produce 46.5m hl  this year, down 483,000 hl on last year, when it held the top spot.

The figures, compiled by the European Union department for rural affairs and agriculture, show the wine production estimates for all 28 member states for the year to September 2016.

Spain’s wine output is expected to be 36.6 million hectolitres, which will see it remain in third place in terms of EU wine production.

The Czech Republic expects the largest growth of any EU country this year, as it has upped its production estimate by 42% to 739,900 hectolitres.

The UK, which mainly produces sparkling wine, is expecting modest growth of 4.4% this year to 47,000 hl. 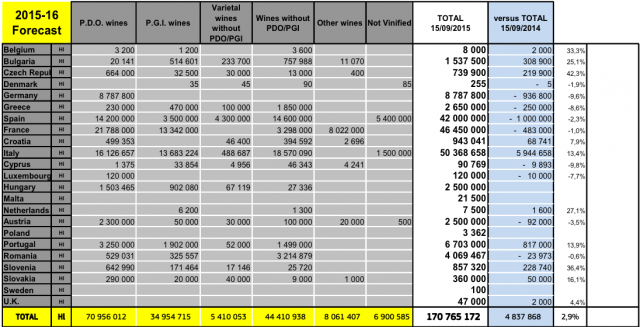