Hollywood actress Diane Keaton has launched a wine range “as unpretentious as she is” intended to be served over ice – a drink affectionally nicknamed “The Keaton” by Ellen DeGeneres. 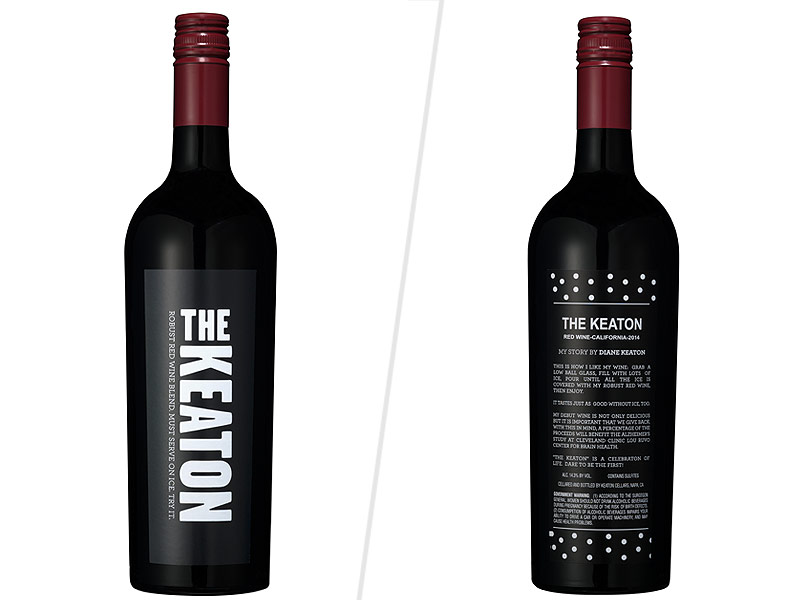 Announcing the brand on Twitter on Wedesday, Keaton Tweeted a picture of her red wine writing: ”It’s here. Don’t forget the ice. Cheers.”

Speaking to People, the 69-year-old actress said the wine is specifically produced to be served over ice, as that is the way she likes to drink wine – a habit she said picked up while living in New York in the 1970s.

“I used to go on the balcony to cool down since my apartment didn’t have AC and one day I thought about trying it on ice. It has stuck ever since then!”

Previously appearing on the Ellen DeGeneres show, Keaton was presented with a glass of wine over ice which DeGeneres nicknamed “The Keaton”, hence the name of her new range.

It includes a Californian red and white, with a portion of proceeds from the sale of both wines going to fund brain research at the Lou Ruvo Center in Las Vegas, a cause close to Keaton’s heart as both her parents were affected by brain diseases. Both wines were produced with the help of Bruce Hunter at Shaw Ross and Winemaker and consultant Bob Pepi.

“I wanted affordable wines that blend grapes from different regions,” she continued. “Both wines are fruit forward and are well balanced. They go with any kind of food. And yes, I insisted on the twist-off cap!”

Offering advice on how best to enjoy her wine Keaton says to fill a low ball glass with lots of ice and pour wine until all the ice is covered.