The plant used to produce gin is in a “critical state” in Scotland as it is increasingly being killed off by a deadly fungus, a new report has warned. 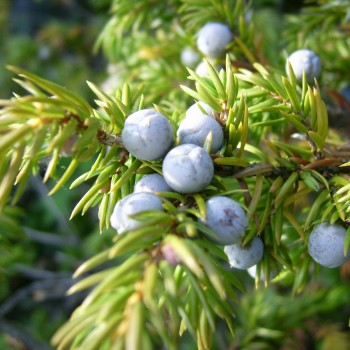 The decline of the juniper bush in Scotland, where it has grown for thousands of years, has been hastened by the spread of a deadly fungal disease called phytophthora austrocedrae.

Only ever recorded in Argentina and the UK, the disease causes a bush to turn orange, then brown, eventually killing it. A survey, carried out by amateur enthusiasts found 63% of bushes in Scotland, many of which are more than a century old, to be showing signs of the disease. Furthermore, 79% of juniper bushes recorded in 2014 were either mature, old or dead and unable produce seeds, leaving few young bushes to maintain stocks.

Plantlife raised concerns over the threat to juniper stocks back in Scotland in 2013, when it said booming rabbit and vole populations had taken their toll on plants that are already suffering from “old age”, with the spread of this fungal disease compounding the threat. Its continued decline has prompted concerns over the future supply of juniper to the gin industry, which has exploded in recent years.

There are only around 400 hectares of juniper woodland in Britain, mostly in Scotland. As well as being the key ingredient for producing gin, juniper berries also provide food for some wildlife including the juniper shield bug.

“We know juniper populations are struggling, but they now face an additional threat”, said Deborah Long, head of Plantlife Scotland speaking to the BBC. “Volunteer citizen science surveys are helping us understand what is happening to juniper in Scotland. It is thanks to these citizen scientists who have been helping us monitor the species, that we can start working with land owners to help juniper communities become more resistant to the threats they face, including this new disease. We need to ensure juniper has a future.”

The juniper bush is recognised by its greenish-blue needles and dark purple berries.